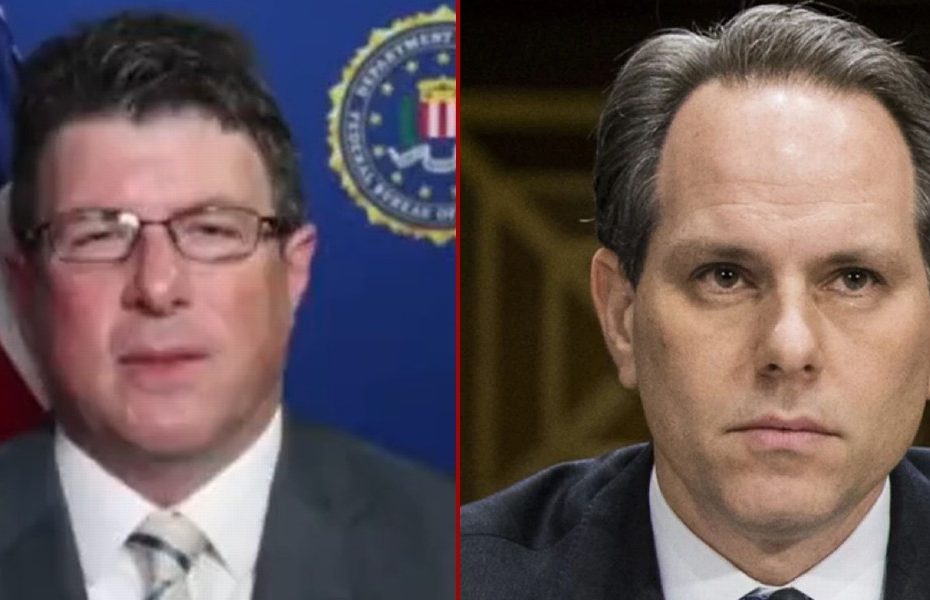 On Friday, a senior FBI official who was taking heat for displaying extreme bias during his mishandling of “politically sensitive” investigations abruptly resigned and was escorted out of the building.

On the same day, the Biden administration replenished its ranks of partisan hacks in its intelligence community by hiring an MSNBC pundit.

It should also go without saying that the MSNBC pundit is a former CIA chief of staff who was guilty of spreading disinformation about Hunter Biden’s laptop.

“President Joe Biden’s pick for an intelligence advisory post falsely claimed that Hunter Biden’s laptop was part of a Russian disinformation campaign and that Donald Trump’s campaign colluded with the Kremlin,” the Washington Free Beacon reported on Monday.

“Biden on Friday appointed MSNBC pundit Jeremy Bash to serve on the president’s Intelligence Advisory Board, a 16-member panel that advises the president on the quality of the United States’ intelligence collection and provides analysis of the government’s counterintelligence and intelligence activities,” the report added.

The Free Beacon correctly notes that this would put Bash at the center of “two of the biggest disinformation campaigns in recent memory.”

“Bash, a former CIA chief of staff, was one of more than 50 former intelligence officials who signed an infamous letter claiming that the release of emails from Hunter Biden’s laptop had ‘all the classic earmarks of a Russian information operation’,” the report noted. “And during the height of the Trump-Russia probe, Bash asserted that the FBI and a federal judge found ‘people in Trump’s organization were colluding with the Russians.’ Bash also claimed in April 2017 that the FBI had verified ‘at least some elements of the [Steele] dossier’ and that Trump aide Carter Page had ‘knowingly engaged in foreign intelligence clandestine collection’ with Russia.”

This is who Joe Biden’s advisers think is fit to join an intelligence community that is already under intense public scrutiny for its hyper-partisan behavior. An MSNBC pundit with a history of debunked and unsubstantiated claims. That’s one thing about the Biden administration: It never fails to disappoint.

It should also come as no surprised that the 49-year-old Bash has a net worth of an estimated $80 million. Anecdotally, he was portrayed as a character in the film “Recount,” which bemoans the loss of Al Gore in the 2000 election.

Bash’s hiring came as the same day as FBI Special Agent Timothy Thibault, who had a long track record of mishandling politically sensitive investigations,resigned and was escorted out of the bureau’s headquarters.

“The Washington Times learned that Timothy Thibault, an assistant special agent in charge, was forced to leave his post according to two former FBI officials familiar with the situation,” the publication reported on Monday.

FBI Director Christopher Wray even said in Senate testimony that the FBI agent’s partisan social media posts and attempts to suppress information in the investigation into Hunter Biden’s business relationships were “deeply troubling.”

As reported earlier at Becker News, Thibault is far from the only politically biased FBI agent or Justice Department official directly implicated in an unprecedented raid on a former president’s home. The Washington Field Office that is running the Trump records investigation has deep ties to the Russiagate fiasco.

The Biden administration already has one of the most politicized intelligence communities in U.S. history. The Democratic Party has not hesitated to weaponize the federal government to persecute and prosecute its political enemies.

Even on a day when it seemed like the FBI might be gaining an ounce of integrity, the White House goes and adds a pound of partisanship. The hits with the corrupt Biden administration never stop coming.