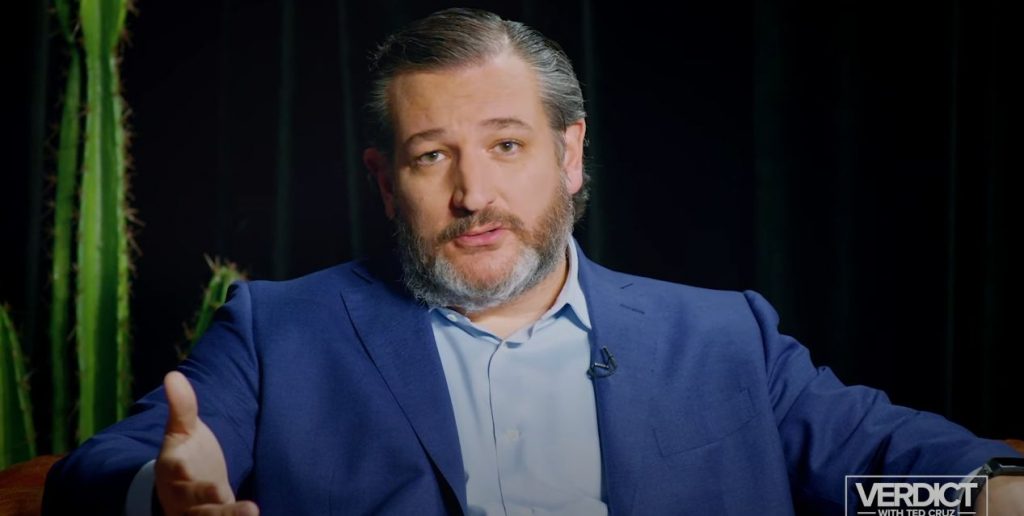 Senator Ted Cruz is differentiating his own claims about U.S. election irregularities from those made by former President Donald Trump.

In an episode of his new show “Verdict with Ted Cruz,” released on January 25th, Cruz discussed his views of the events at the Capitol building on January 6th.

“President Trump’s rhetoric, I think, went way too far over the line,” Cruz said. “I think it was both reckless and irresponsible because he said repeatedly—and he said over and over again—he won by a landslide; there was massive fraud; it was all stolen everywhere. That evidence, the campaign did not prove that in any court, and to make a determination about an election it has to be based on the evidence, and so simply saying the result you want, that’s not responsible and you’ve never heard me use language like that. What I’ve said is voter fraud is real, and we need to examine the evidence, and look at the actual facts; and in particular, what is the evidence of how much voter fraud occurred, and did it occur in sufficient quantities and in sufficient states to alter the outcome of the election. That would have been the mandate of the election commission; to assess.”

Cruz describes many of the rioters as “terrorists,” including those who attacked and killed a police officer outside the Capitol building, and those who had taken to the Senate floor.

It should be noted that the rioters were unarmed and the only incident of serious violence within the Capitol building was the shooting of an unarmed Trump supporter, Ashli Babbitt. Capitol police can be seen standing idly by as “terrorists” took over the building, and several were even reprimanded for holding the doors open for the protesters.

Ted Cruz joined fellow senators Josh Hawley, Cindy Hyde-Smith, John Neely Kennedy, Roger Marshall and Tommy Tuberville in objecting to the Biden slate of electors from Arizona on January 6th. Cruz noted that CNN’s Jake Tapper had characterized the Republicans who objected as the “Sedition Caucus” for lawfully objecting, as Democrats have done in past elections.