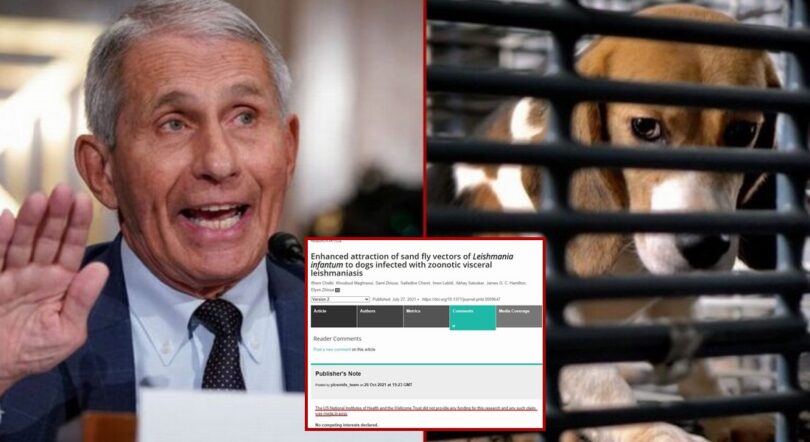 The National Institutes of Health has quietly scrubbed its affiliation with a horrific beagle research study that has drawn tremendous fire from all segments of the media.

A White Coat Waste investigation in August had uncovered a cruel study involving tortured beagles in Tunisia. It was reported by Cassandra Fairbacks of the Gateway Pundit in late August, but it took a few months for the story to recirculate through social media channels to really draw attention to its disturbing nature. Dr. Anthony Fauci was directly implicated in the investigation, because of the National Institute for Allergy and Infectious Diseases’ role in funding the study.

“Our investigators show that Fauci’s NIH division shipped part of a $375,800 grant to a lab in Tunisia to drug beagles and lock their heads in mesh cages filled with hungry sand flies so that the insects could eat them alive,” White Coat Waste told Changing America. “They also locked beagles alone in cages in the desert overnight for nine consecutive nights to use them as bait to attract infectious sand flies.”

“White Coat Waste claims that 44 beagle puppies were used in a Tunisia, North Africa, laboratory, and some of the dogs had their vocal cords removed, allegedly so scientists could work without incessant barking,” Changing America learned. “According to the White Coat Waste Project, the Food and Drug Administration does not require drugs to be tested on dogs, so the group is asking why the need for such testing.”

In October, social media erupted in reaction to the story and it led to hashtags like #FireFauci and #FauciLiedDogsDied. Then mysteriously, the study’s disclosure ‘disappeared‘ NIH from the study funders and then left an odd note in its place. 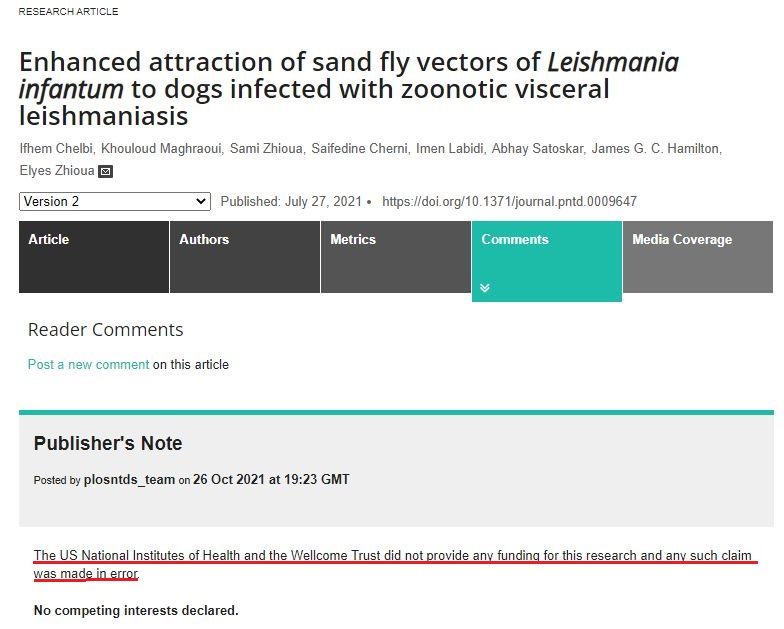 “Publisher’s Note: The US National Institutes of Health and the Wellcome Trust did not provide any funding for this research and any such claim was made in error,” the journal PLOS reported on the study on Tuesday.

The surreptitious attempt to clear the NIH and NIAID, and more particularly, Dr. Fauci’s name, from involvement in the cruel animal research smacks of a whitewashing of complicity.

PETA Senior Vice President Kathy Guillermo lashed out at the NIH’s attempt to ‘rewrite history’ with its involvement in funding the study.

“NIH’s denial that Fauci’s agency funded the beagle atrocity is a little too convenient,” Guillermo said.

The infamous Tunisia study is not the only cruel animal research with Fauci’s fingerprints all over it. The Daily Caller reported in early August about a University of Georgia

“NIAID directed $424,455 to researchers at the University of Georgia in September 2020 to infect dozens of beagles with disease-causing parasites in order to test an experimental drug on them, according to documents obtained by White Coat Waste Project (WCW) and reviewed by the Daily Caller,” the report said. “According to an NIAID task order form released via a Freedom Of Information Act request, the 28 beagles were to be allowed to develop infections for three months before being euthanized for blood collection.”

Most controversially, cordorectomies were performed on the beagles in the Tunisia study. The procedure removes the vocal cords from the tormented creatures so researchers won’t have to hear the poor animals’ whelps and barks.

A bi-partisan letter spearheaded by Rep. Nancy Mace (R-S.C.) and signed by 24 total lawmakers was recently sent to the National Institutes of Health (NIH) objecting that cordectomies are ‘cruel’ and the studies were a ‘reprehensible misuse of taxpayer funds’.”