AOC Blames the U.S. for Uprising in Communist Cuba: ‘The Cruelty is the Point’ 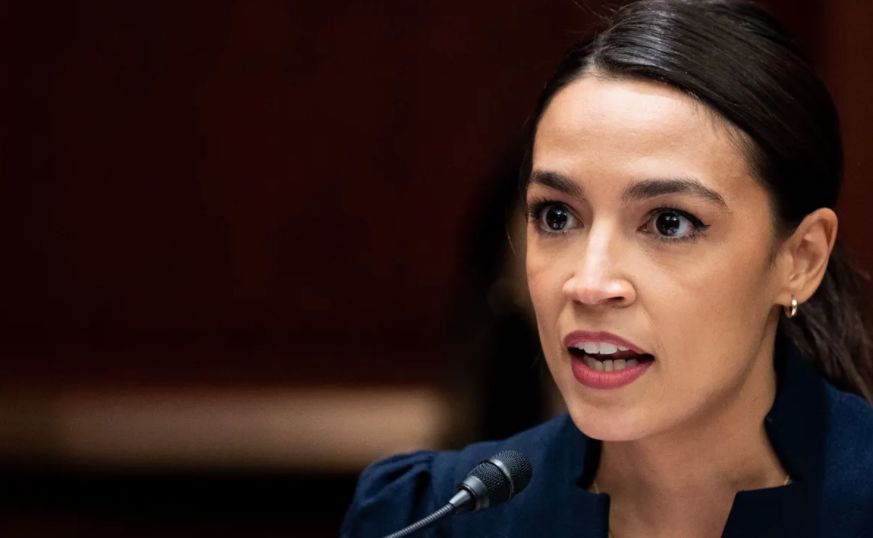 Alexandria Ocasio-Cortez joined fellow radicals in condemning the United States for the uprising in Cuba against the oppressive communist regime.

The New York representative issued a message underscoring that America is to blame for the Cuban government’s failings. Watch:

“One of the things we want to make sure that we communicate is our solidarity with the Cuban people,” AOC said. “And what’s extraordinarily important for us to communicate as well is the actions and U.S. contributions to the suffering of Cubans on the island as well.”

The blaming of the United States for the embargo and the subsequent uprising has been a talking point for hard-left Democrats.

Democratic Rep. Gregory Meeks of New York, chairman of the House Foreign Affairs Committee, earlier pressed President Joe Biden to lift the sanctions on Cuba that were restored under his predecessor Donald Trump.

“I commend these brave protesters and all those demanding respect for democracy anywhere around the world, including here at home, for standing up and making their voices heard. Cubans are facing profound hardship because of the health and economic impacts of COVID-19, the entrenched culture of corruption and mismanagement among Cuba’s leadership, and the strict sanctions callously imposed by the Trump Administration,” Meeks said in a statement.

“Cubans are angry and they have every right to express their frustrations and engage in peaceful protest — basic human freedoms that must be respected, not punished,” Meeks added. “I call on President Biden to help alleviate the suffering in Cuba by rescinding the Trump era sanctions and offering additional humanitarian and vaccine assistance to the Cuban people.”

As a signifier of how far left the embargo’s opponents go, the Democratic Socialists of America’s International Committee earlier issued a statement condeming the Cuba sanctions.

“DSA stands with the Cuban people and their Revolution in this moment of unrest,” the DSA tweeted. “End the blockade.”

On the 2020 campaign trail, Biden had extended the possibility of reversing the Cuba sanctions.

“I’d try to reverse the failed Trump policies that inflicted harm on Cubans and their families,” Biden said in September 2020. The presidential candidate argued that Trump “has done nothing to advance democracy and human rights; on the contrary, the crackdown on Cubans by the regime has gotten worse under Trump, not better.”

“Communism is a failed ideology, and we certainly believe that it has failed the people of Cuba,” she said at her press briefing. “They deserve freedom.”

“They deserve a government that supports them, whether that is making sure they have health and medical supplies, access to vaccines, or whether or not they have economic opportunity and prosperity,” she continued.

“And instead, this is been a government, an authoritarian communist regime, that has repressed its people and has failed the people of Cuba,” she added. “Hence we are seeing them in the streets.”

Psak then discussed Biden’s position on the Cuban situation.

“He has made clear that he stands with the Cuban people and their call for freedom from both the pandemic and from decades of repression and economic suffering to which they’ve been subjected by Cuba’s authoritarian regime,” she added.

On Monday, Secretary of State Tony Blinken issued a statement that states that Cuba is solely to blame for its disastrous economic conditions.

“I think it would be a grievous mistake for the Cuban regime to interpret what is happening in dozens of towns and cities across the island as the result or product of anything the United States has done,” Blinken said.

It appears that there is a rift developing between the Biden White House and the radical left. Since the administration did not lift a finger to assist in the Cuban uprising, however, one always has to bear in mind that actions speak louder than words.

Biden Finally Calls Out Communism and Socialism in Surprising Remarks