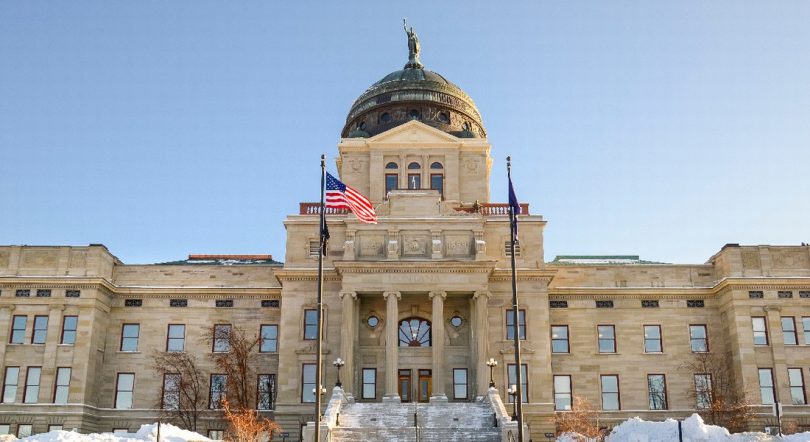 Another red state has joined a growing list of states that have passed sweeping election integrity laws ahead of the 2022 elections: Montana.

“Montana Gov. Greg Gianforte signed two voting bills into law Monday, which prohibit registering to vote on Election Day—a practice more than 60,000 voters in the state have done between 2006 and 2018 alone—and ending a previous rule that allowed students to use their student ID to vote, now requiring a second form of identification,” Forbes reported.

The Democratic Party, fighting the democratic will of the people that overwhelmingly supports voter ID laws, immediately sued the Secretary of State.

“The Montana Democratic Party sued state Secretary of State Christi Jacobsen in state court seeking to overturn the new measures, arguing they pose an illegal undue burden on people’s right to vote, particularly young voters and those who commonly take advantage of same-day voter registration like the elderly, disabled and Indigenous communities,” the report added.

Montana joins Georgia, Iowa, Kentucky, and Texas as having passed election integrity laws in 2021. There are many more in line to follow suit, despite a massive disinformation campaign to prevent them from doing so.

“As of March 24, legislators have introduced 361 bills with restrictive provisions in 47 states,” the Brennan Center reported. “That’s 108 more than the 253 restrictive bills tallied as of February 19, 2021 — a 43 percent increase in little more than a month.”

“Restrictive” is a euphemism for enhanced voter integrity and security laws. The American people should not be fooled by the left’s dishonest use of language and ensure that one qualified voter gets one vote in U.S. elections.

BUSTED: New *Receipts* Expose ‘The Squad’ as Complete Frauds on ‘Defund the Police’