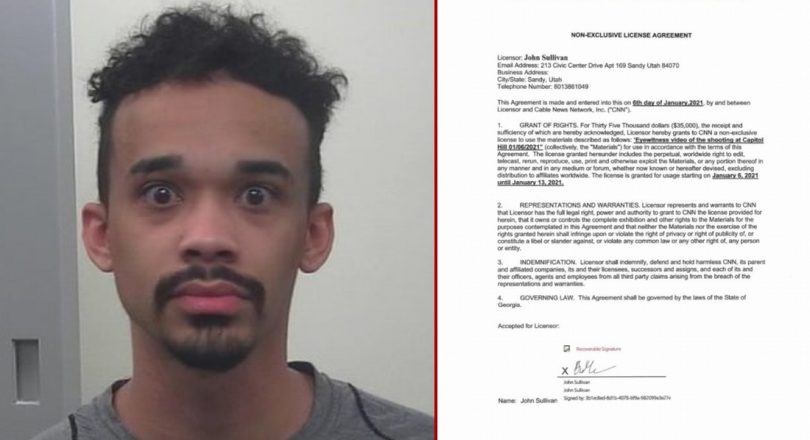 The radical Antifa/BLM agitator who infiltrated the Capitol Riots and was charged for his role in provoking criminal acts was paid off by CNN.

“John Sullivan, charged for his participation in the Jan. 6 riots, was paid $35,000 apiece from CNN and NBC for his footage inside the Capitol,” Politico’s Kyle Cheney reported.

Politico reported that Sullivan, who had captured the death of pro-Trump demonstrator Ashli Babbitt on video after what appeared to be a staged event, and then uploaded the video and several others incriminating himself, would not be banned from social media usage.

A federal magistrate judge has turned down prosecutors’ effort to block a man accused of participating in the Capitol riot from using Twitter and Facebook, but ordered him to end his involvement with a business he founded that the Justice Department says promotes and glorifies violent protests.

CNN went beyond merely ignoring a BLM/Antifa sympathizer’s role in inciting the mob. The network invited him on as a mouthpiece.

Is this who everyone is talking about… on… CNN? pic.twitter.com/IP6Szo58Bz

Now, we have the receipts via Kyle Cheney: 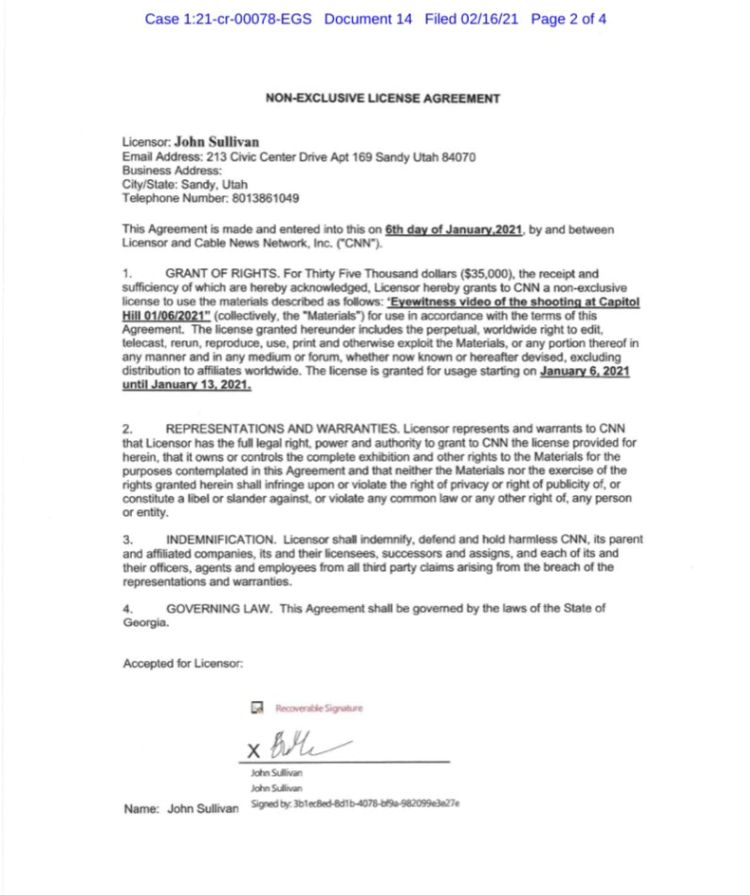 This is a copy of the ACH deposit from NBC: 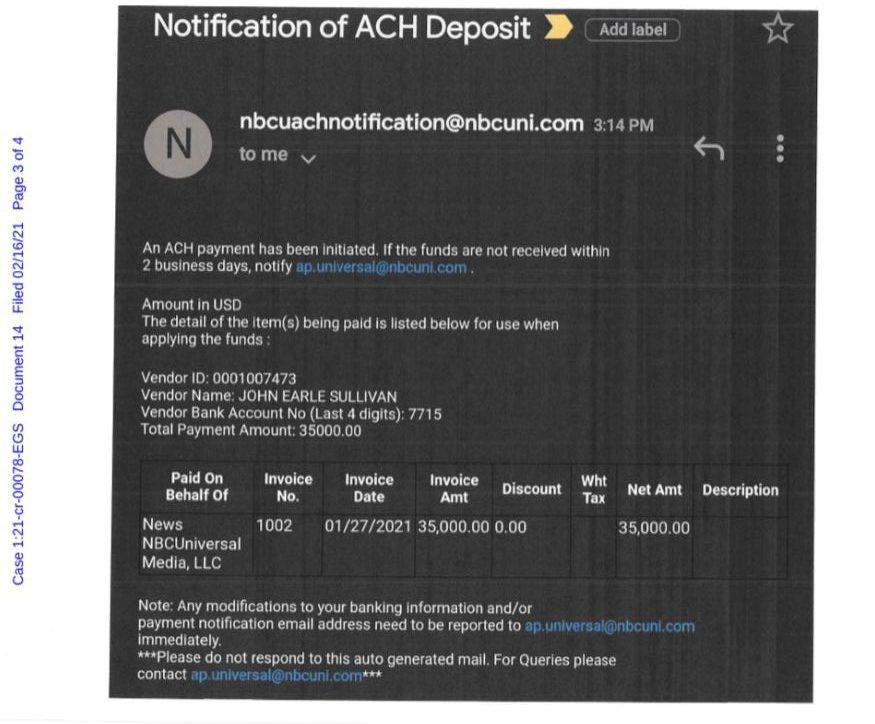 Let me say as someone who has worked for a top cable news show, these bookings do not happen without a basic background check. CNN had to have known.

BREAKING: CNN’s Jade Sacker penetrating the Capitol with a member of BLM/Antifa cheering, “We did it!” And then asking her conspirator if he was filming, he said he’d delete it, he lied. CNN was in on it. pic.twitter.com/FVhotiAwcP

The Politico report also highlights the role that Sullivan played in agitating the mob:

John Earle Sullivan, a radical self-described “revolutionary” who literally founded a group called “Insurgence USA,” was arrested and charged in January for his role in helping to incite a riot amid the heavy pro-Trump crowd that had gathered at the U.S. Capitol.

John Earle Sullivan had shouted several incendiary statements during the storming of the Capitol building, including “we about to burn this shit down.”

Here he is posing as a Trump supporter to infiltrate the crowd.

If you haven’t had a chance to watch them, check out his own damning treasure trove of Youtube videos. Below are some select videos to watch.

Sullivan was also on the wall. There are plenty of things suspect about this video as well, including evidence of coordinated tactics, like passing up shields, water bottles, etc.

If you haven’t seen it, I *HIGHLY* recommend watching this video breaking down what appears to be a coordinated action that led to the death of Trump supporter Ashli Babbitt. It is an analysis of Sullivan’s own video footage.

In his video, Sullivan was heard after Babbitt was shot yelling several times “she’s dead!”

The U.S. media have gone beyond refusing to ask critical questions about Sullivan, due to his noticeable associations with the radical left. They literally paid a leftist agitator who had worked to frame Trump supporters for inciting an “insurrection” and gave the criminal an open platform to spread his propaganda. This is what the U.S. media has come to in its open bid to destroy Donald Trump.