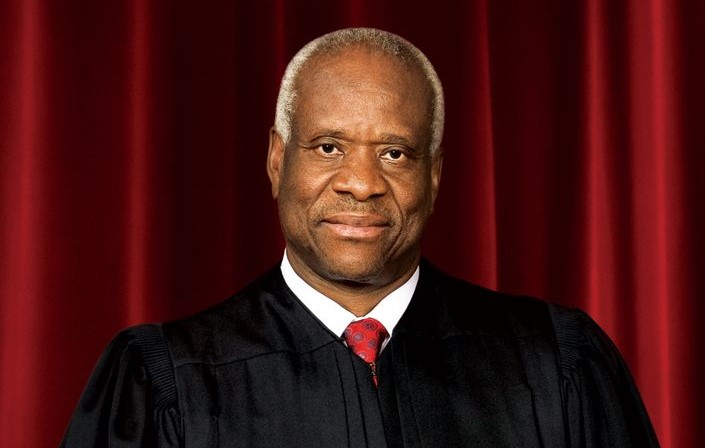 The Supreme Court has ruled on a case on Monday related to former President Donald Trump’s use of his Twitter account. Specifically, the case dealt with whether or not he was allowed to block users who were repeatedly criticizing him. But Justice Clarence Thomas’ concurring opinion is the real headliner.

Justice Clarence Thomas wrote the concurring opinion stating that dismissing the case was the right thing to do, and noted that Donald Trump is no longer in office.

More importantly, Justice Thomas shared his view that digital and social media platforms now wield dangerous amounts of concentrated political power that will have to be addressed by the nation’s highest court.

“Today’s digital platforms provide avenues for historically unprecedented amounts of speech, including speech by government actors,” Thomas wrote. “Also unprecedented, however, is the concentrated control of so much speech in the hands of a few private parties. We will soon have no choice but to address how our legal doctrines apply to highly concentrated, privately owned information infrastructure such as digital platforms.”

“Applying old doctrines to new digital platforms is rarely straightforward,” Thomas continued. “Respondents have a point, for example, that some aspects of Mr. Trump’s account resemble a constitutionally protected public forum. But it seems rather odd to say that something is a government forum when a private company has unrestricted authority to do away with it.”

Justice Thomas remarks that he does not believe digital platforms have First Amendment rights. This is a warning shot to Big Tech companies like Twitter.

“This is not the first or only case to raise issues about digital platforms,” Thomas comments. “While this case involves a suit against a public official, the Court properly rejects today a separate petition alleging that digital platforms, not individuals on those platforms, violated public accommodations laws, the First Amendment, and antitrust laws.”

“It changes nothing that these platforms are not the sole means for distributing speech or information. A person always could choose to avoid the toll bridge or train and instead swim the Charles River or hike the Oregon Trail,” Thomas wrote. “But in assessing whether a company exercises substantial market power, what matters is whether the alternatives are comparable. For many of today’s digital platforms, nothing is.”

“In Thomas’ view, social media companies are ‘sufficiently akin’ to a common carrier, such as a public utility like a telephone company, and should be ‘regulated in this manner’,” NPR summarized.

The Supreme Court Justice, who many conservatives believe should be the Chief Justice, also seemed to invite a lawsuit to confront the legal issues involved with Big Tech abuse of power.

“The Second Circuit feared that then-President Trump cut off speech by using the features that Twitter made available to him,” Thomas said. “But if the aim is to ensure that speech is not smothered, then the more glaring concern must perforce be the dominant digital platforms themselves. As Twitter made clear, the right to cut off speech lies most powerfully in the hands of private digital platforms. The extent to which that power matters for purposes of the First Amendment and the extent to which that power could lawfully be modified raise interesting and important questions. This petition, unfortunately, affords us no opportunity to confront them.”

Thomas’s opinion hints that he views these Big Tech giants as having too much power for the public good. Now, the right legislation and lawsuits need to be filed to put an end to their abuse of power.