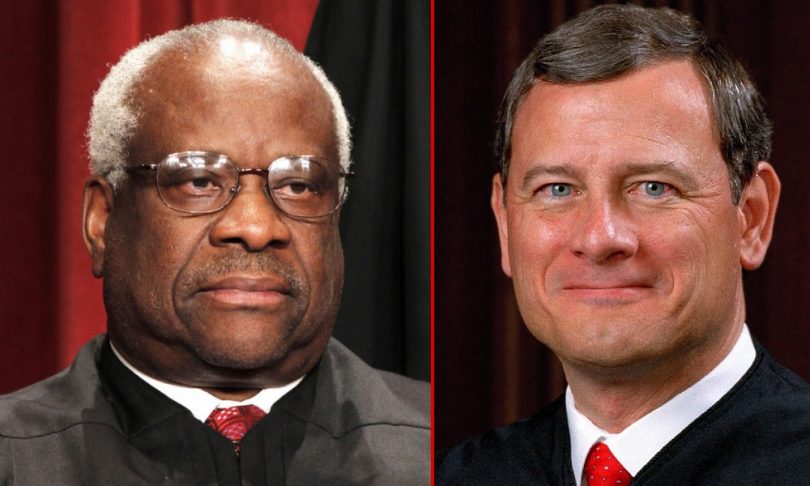 “Petitioners are former students of Georgia Gwinnett College who wished to exercise their religion by sharing their faith on campus while enrolled there,” the case summary said.

“In 2016, Chike Uzuegbunam talked with interested students and handed out religious literature on campus grounds. Uzuegbunam stopped after a campus police officer informed him that campus policy prohibited distributing written religious materials outside areas designated for that purpose,” the case continued. “A college official later explained to Uzuegbunam that he could speak about his religion or distribute materials only in two designated speech areas on campus, and even then only after securing a permit. But when Uzuegbunam obtained the required permit and tried to speak in a free speech zone, a campus police officer again asked him to stop, this time saying that people had complained about his speech.”

“Campus policy at that time prohibited using the free speech zone to say anything that ‘disturbs the peace and/or comfort of person(s),'” the court case summarized.

Justice Clarence Thomas authored the majority opinion that upheld the students’ rights of freedom of religion and freedom of speech. The matter turned on whether nominal damages could provide restitution for the violation of the student’s constitutional rights.

“We hold only that, for the purpose of Article III standing, nominal damages provide the necessary redress for a completed violation of a legal right,” Justice Thomas wrote. “Applying this principle here is straightforward. For purposes of this appeal, it is undisputed that Uzuegbunam experienced a completed violation of his constitutional rights when respondents enforced their speech policies against him.”

“Because ‘every violation [of a right] imports damage’…  nominal damages can redress Uzuegbunam’s injury even if he cannot or chooses not to quantify that harm in economic terms.”

“The judgment of the Court of Appeals is reversed, and the case is remanded for further proceedings consistent with this opinion,” Justice Thomas concluded.

“The Court sees no problem with turning judges into advice columnists,” Justice Roberts wrote. “In its view, the common law and (to a lesser extent) our cases require that federal courts open their doors to any plaintiff who asks for a dollar. I part ways with the Court regarding both the framework it applies and the result it reaches.”

Justice Roberts, in a telling passage, laments the purported “expansion” of the role of the Supreme Court, which has been one of the most lax and negligent in American history in defending the U.S. government’s assault on Americans’ constitutional rights.

“Today’s decision risks a major expansion of the judicial role,” Roberts wrote. “Until now, we have said that federal courts can review the legality of policies and actions only as a necessary incident to resolving real disputes. Going forward, the Judiciary will be required to perform this function whenever a plaintiff asks for a dollar. For those who want to know if their rights have been violated, the least dangerous branch will become the least expensive source of legal advice.”

If you asked many Americans what they thought about Supreme Court Chief Justice Roberts’ “leadership” during his time on the court, they wouldn’t even say it was worth a dollar’s worth of justice.