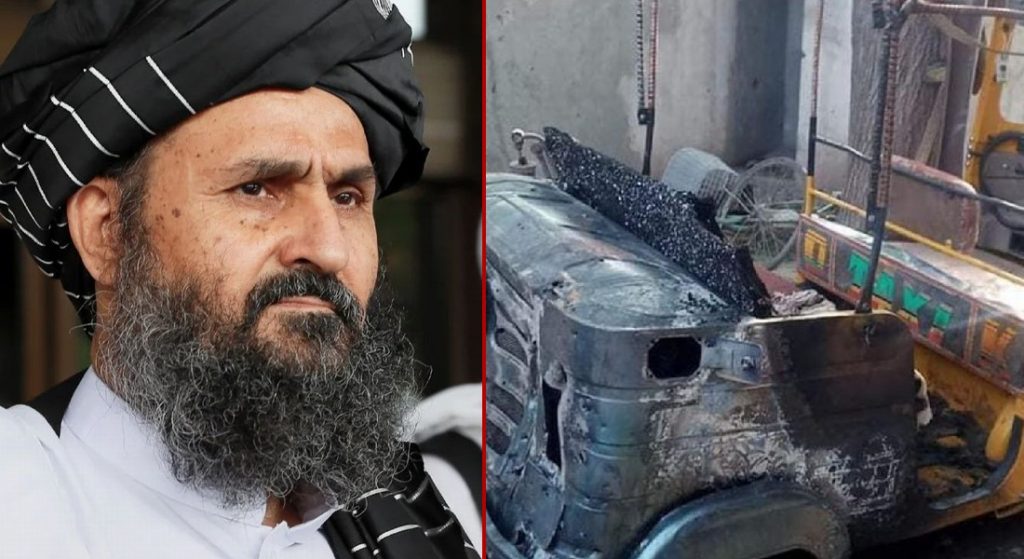 The Taliban has condemned the U.S. drone strike that purportedly killed two unnamed ISIS terrorists who were allegedly involved in planning heinous attacks on Marines on Thursday.

“It was a clear attack on Afghan territory,” he said. It is an indication that the Taliban is not going to tolerate U.S. operations to get Americans out after the Aug. 31 deadline.

“Maj. Gen. Hank Taylor, a senior U.S. military official, described the people killed as ‘facilitators’ and ‘planners,’ but declined to say whether they were involved in the attack,” the report added.

Meanwhile, images have surfaced of the reported drone bombing in the aftermath of the attack. The images were posed on Twitter, and throw doubt on how ‘high profile’ the planners might have been.

IMAGES from the site of the US drone strike in Nangarhar:

Looks like a house and a three wheeler were hit. The location is in PD-7 of Jalalabad city in Nangarhar province and as per Afghan sources the strike took place last night around 12. #Afghanistan pic.twitter.com/zJsM4dFMTH

Fox News reported on Friday that the matter of whether the ISIS members allegedly killed in the drone attack were actually planners of the Kabul airport suicide bombing is very much in doubt.