It has become a sick reflex in the national media to racialize every act of violence, and especially, mass shootings. This has become the case whether race was a factor in the shooting or not.

No case was a more conspicuous example of this than the recent mass shooting at a Boulder supermarket that left ten people dead. When it was revealed the suspect’s name was Ahmad al-Alissa, the news disappeared from the headlines almost immediately. The ten victims? All white people. There is even evidence the suspect had racial grievances due in part to biased media coverage.

It was nearly as egregious a case of media malpractice as coverage of the Atlanta mass shooting that had left eight victims dead; six people of Asian descent, and two white people. The motive was instantly attributed as an Asian “hate crime,” but the suspect reportedly said his murderous rampage was motivated by his struggle against sexual addiction.

So, as the nation remains on edge after the two mass shootings, and the Biden administration poised to declare new gun control regulations, one would imagine that more reports of mass shootings would only feed the media frenzy.

On Friday night, however, there were mass shootings. Not just one, but two of them. But instead of the news media jumping in to fill in the details, it showed remarkable restraint. It was eerily quiet.

In Philadelphia, a mass shooting in the Northern Liberties part of the city at the Golf & Social Bar left seven people wounded. The details were initially sparse about the suspects, based on police scanner reports.

“Police report that they have detained a person of interest.”

“Police report that a white Toyota SUV with a license plate of LHY6475 may be involved in the shooting. Police recovered a firearm with an extended magazine in the vehicle.”

The shooting left three in critical condition and four in stable condition. The New York Daily News has now obtained more information about the suspect (update).

“An exact description of the suspect was not immediately available, but a spokeswoman with the Philadelphia Police Department told the Daily News that he’s a Black man and is armed with a semi-automatic handgun.”

The Virginia Beach mass shooting is even more horrific, as it led to at least two fatalities.

“At least 10 people were shot, two of them fatally, during what the police called a ‘chaotic’ night of violence in Virginia Beach on Friday, with two apparently unrelated cases of gunfire within blocks of each other,” the New York Times reported on Saturday.

According to a CNN report, the shooting resulted from a “fight among a group of people,” per the press release issued by police on Saturday afternoon.

The Virginia Beach Police Department said it began when a group of people got into a heated argument.

“At some point during the physical altercation, several individuals produced firearms and began shooting at each other, resulting in numerous people being wounded,” the police’s press release said.

Finally, we have the names of those charged in the mass shootings: Ahmon Jahree Adams, 22, of Chesapeake, Va.; and Nyquez Tyyon Baker, 18; and Devon Maurice Dorsey Jr., 20; both of Virginia Beach. 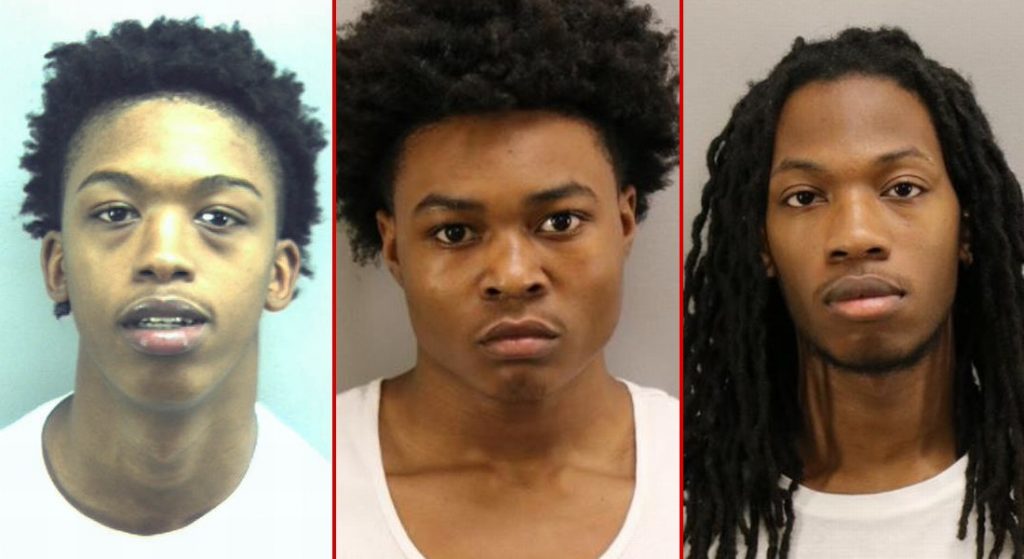 The American public can figure out the probable reason why we didn’t know more about these mass shootings earlier: The suspects didn’t fit the left’s divisive political agenda.