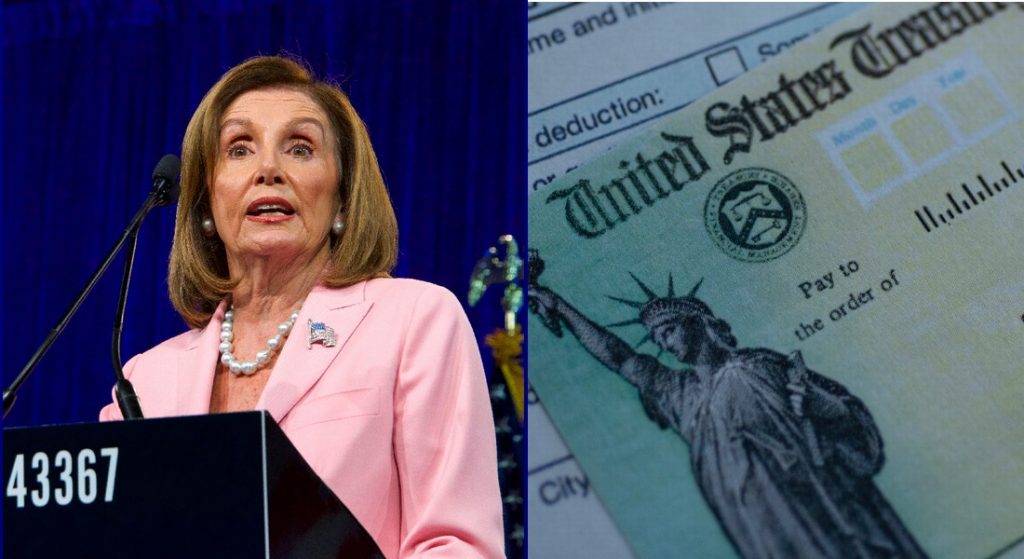 The Democrats continue to play politics with the coronavirus pandemic. Instead of giving struggling families the $2,000 checks they were promised, they are going to shower up to 15 times the amount the Congress finally granted on the people they really care about: Employees of the federal government.

The House Democrats are proposing a bill that goes well beyond the $1,400 checks that were begrudgingly handed out to Americans after being promised that Biden would get them $2,000 checks if the Georgia Dems pulled off another miraculous election victory.

Now, the Democrats want federal employees to make $1,400 a week, for a total of 15 weeks, if they decide to stay at home and watch their kids do virtual schooling. Forbes reported:

Under the bill as currently drafted, full-time federal employees can take up to 600 hours in paid leave until September 30, up to $35 an hour and $1,400 a week. That’s 15 weeks for a 40-hour employee. Part-time and “seasonal” employees are eligible, too, with equivalent hours established by their agency.

These are the qualifications for “paid leave,” according to the bill:

The new Fund allows a federal employee “caring for a son or daughter” to qualify for the paid leave, specifically:

The paychecks would also be sent to government employees caring for someone with COVID in their household or an elderly family member, Government Executive notes:

The 600 hours, or 15 weeks, of paid leave would also apply to federal employees and postal workers who are caring for an individual with COVID-19 symptoms or caring for a family member 65 or older if their normal care provider is unavailable due to the pandemic. The leave could be used through Sept. 30 and would apply after other sick leave has been used up, according to summary of the House Oversight and Reform Committee’s portion released Tuesday.

There you have it: Get your business shut down, your schools shut down, your daycares shut down, your kids sent home, and your income demolished and you get a single check for $1,400. If you work a cushy federal government job, you can go home to spend quality time with your kids and potentially make up to $1,400 every week until you decide to go back to your guaranteed job after fifteen weeks.

Isn’t the federal government generous with our money?

This isn’t to say that federal workers should be stiffed of benefits they may have earned while on the job. But there should not be double standards in treatment.

In mid-January, Biden had promised to deliver $2,000 checks to Americans.

“Biden unveiled the $1.9 trillion package… that includes an additional $1,400 stimulus payment to many taxpayers and their dependents,” the Business Insider reported. “The incoming president says the payments will top off the second round of $600 checks which were guaranteed at the end of 2020, bringing the total to $2,000 per person.”

“We will finish the job of getting a total of $2,000 in cash relief to people who need it the most,” Biden said. “The $600 already appropriated is simply not enough.”

One of the radical Democrats who actually run Biden’s presidency was not amused.

Another lefty Dem was also underwhelmed.

The best thing all these Democrats can do is to deliver on their promises (not going to happen) and tell the states to open their economies. The American people can earn their own $2,000, if the government stops playing games with our lives and our businesses, thank you very much.