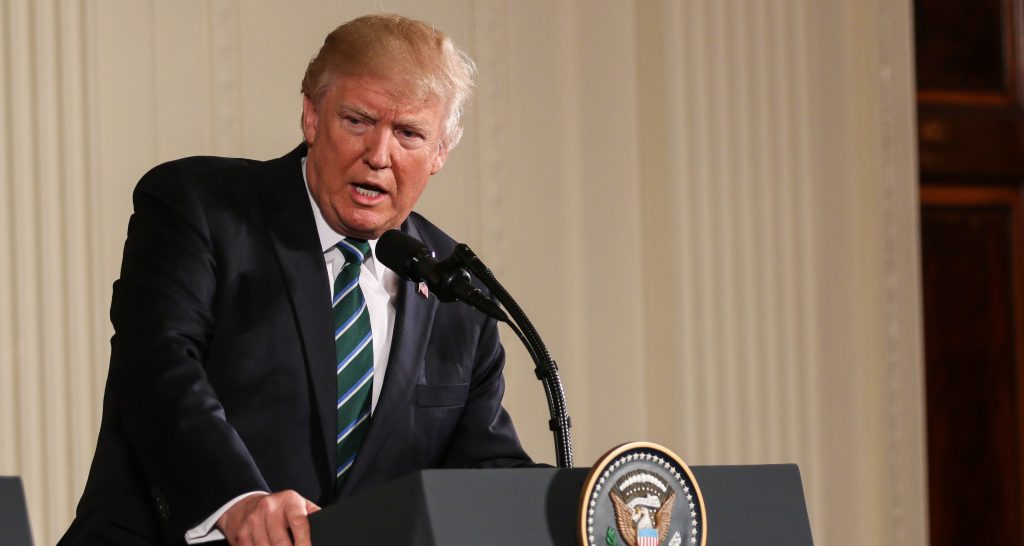 Donald Trump showed once again that he doesn’t just have ire for the radical Democratic Party, but has a special level of contempt for Republicans who have let him down over the 2020 election.

On Friday, Trump released a statement taking Wisconsin Republicans to task for not doing a “full forensic audit” of the election.

“Wisconsin Republican leaders Robin Vos, Chris Kapenga, and David LeMahieu are working hard to cover up election corruption, in Wisconsin,” Trump claimed. “They are actively trying to prevent a Forensic Audit of the election results, especially those which took place in Milwaukee, one of the most corrupt election locales in the country.”

“Don’t fall for their lies!” he added. “These REPUBLICAN ‘leaders’ need to step up and support the people who elected them by providing a full forensic investigation. If they don’t, I have little doubt that they will be primaried and quickly run out of office.”

Trump had earlier expressed his anger at Michigan and Wisconsin for not probing ballot dumps in the 2020 election race. The two states were among a handful of pivotal swing states that narrowly went for Biden in the presidential election.

“At 6:31 in the morning on November 4th, a dump of 149,772 votes came in to the State of Michigan,” Trump wrote in a statement. “Biden received 96% of those votes and the State miraculously went to him.”

“Has the Michgan State Senate started their review of the Fraudulent Presidential Election of 2020 yet, or are they about to start?” he asked. “If not, they should be run out of office.”

“Likewise, at 3:42 in the morning, a dump of 143,379 votes came in to the state of Wisconsin, also miraculously, given to Biden,” he continued. “Where did these ‘votes’ come from? Both were State Election changing events, and that is on top of the other corruption without even including the fact that neither state got Legislative approval, which is required under the United States Constitution.”

Trump’s remarks come amidst the heat of an election audit in Maricopa County, Arizona that is running into immense resistance from the Democratic Party. Meanwhile, a forensic election audit in Fulton County, Georgia is in jeopardy after a judge granted the county “sovereign immunity.” Further proceedings are expected in that case next week.