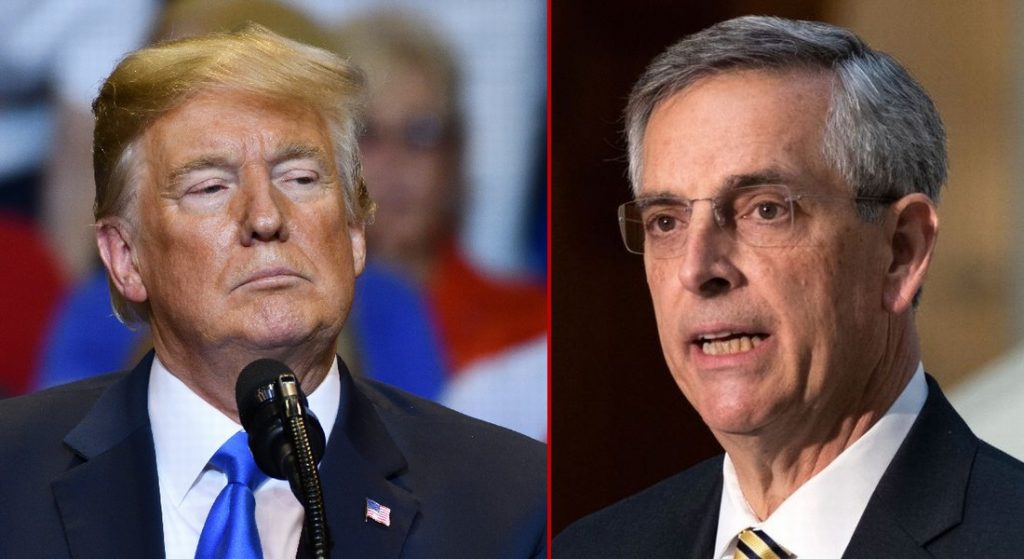 Georgia Secretary of State Brad Raffensperger, whose office leaked information that led to deceptively edited stories against Donald Trump, is being rebuked by the Fulton County GOP, according to a new report.

Journalist Ryan James Gidursky obtained the ‘scoop’ on Saturday afternoon that the Fulton County GOP are denying Raffensperger the ability to be a delegate to the county convention.

“SCOOP: The Fulton County GOP in Georgia denied the Secretary of State Brad Ratffensperger of being a delegate to his county convention from his own precinct,” Gidursky reported. “Raffensperger [ed.] was not in attendance but sent a note asking to be elected.”

The news follows exposure of the Washington Post’s highly damaging and misleading report this week that former President Donald Trump tried to ‘steal’ the Georgia election was itself fraudulent. The Washington Post corrected its “report” on March 11th:

The correction shows what intelligent political observers knew all along: That President Trump was merely telling Georgia Secretary of State Brad Raffensperger and his staff to count the legal votes, but find and throw out the illegal votes.

The Georgia Secretary of State could have spoken up to correct the record, but remained silent while Donald Trump was raked over the coals in the media before the election and by Democrats during their deceptive impeachment trial.

Jonathan Davis of Trending Politics points out that “the information fed to the Post was third-hand (and obviously uncorroborated by the Post).” As reported by the Epoch Times:

“An official in the Georgia secretary of state’s office was the only source for at least one story that falsely claimed former President Donald Trump told an investigator with the office to “find the fraud.”

Jordan Fuchs, deputy secretary of state, relayed details of the conversation to The Washington Post, an official with Georgia Secretary of State Brad Raffensperger confirmed to The Epoch Times.

Fuchs was not on the call herself. She was told about the conversation by Frances Watson, the investigator. [Emphasis added]

A recording of the call recently emerged from a records request, showing that the Post and a slew of other outlets had falsely reported Trump uttering several phrases.

The office of Raffensperger, a Republican, says Fuchs did not present details of the conversation as verbatim.”

This is the issue: The Raffensperger office could not be trusted to correct the record when the fates of the U.S. presidential election and the impeachment trial of a President of the United States hung in the balance. Thus, he cannot be trusted to be Secretary of State for Georgia, let alone a delegate to a county convention.