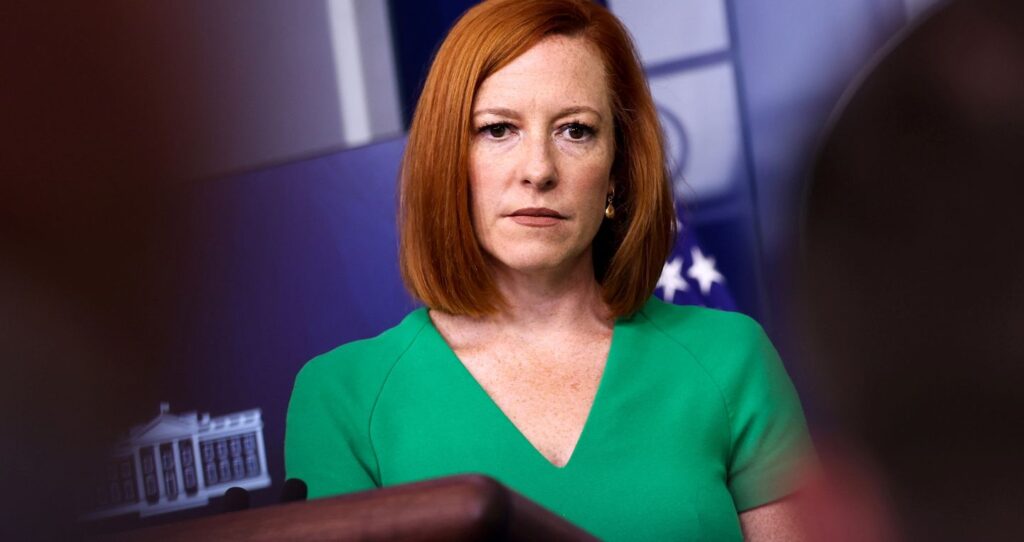 White House Press Secretary Jen Psaki has incurred an ethics complaint for violating the Hatch Act. Psaki is accused of campaigning for Terry McAuliffe from behind the White House podium, which is a violation of federal law. The ethics complaint was announced by Citizens for Responsibility and Ethics (CREW) on Friday.

BREAKING: We just filed a Hatch Act complaint against Jen Psaki, because no administration is above the law https://t.co/BzwBa6Cd9x

“We just filed a Hatch Act complaint against Jen Psaki, because no administration is above the law,” CREW announced.

“During a press briefing, Psaki said of McAuliffe, ‘we’re going to do everything we can to help former Governor McAuliffe, and we believe in the agenda he’s representing.’ That appears to be an endorsement of his candidacy. The Hatch Act prohibits executive branch employees from ‘us[ing their] official authority or influence for the purpose of interfering with or affecting the result of an election.’ ‘Political activity’ is defined as ‘an activity directed toward the success or failure of a political party, candidate for partisan political office, or partisan political group’.”

It is important to point out that CREW also has made similar accusations against the previous administration.

If Psaki isn’t held accountable for the Hatch Act violation, it is certainly only going to get more blatant as the U.S. approaches the midterms. Although most Americans concede it as a given the Biden administration is politicizing every branch of government, it is simply not acceptable. No matter what one’s political persuasion, no one should be above the law. It will be interesting to see if the Biden administration simply sweeps the complaint by a non-partisan watchdog group under the rug.