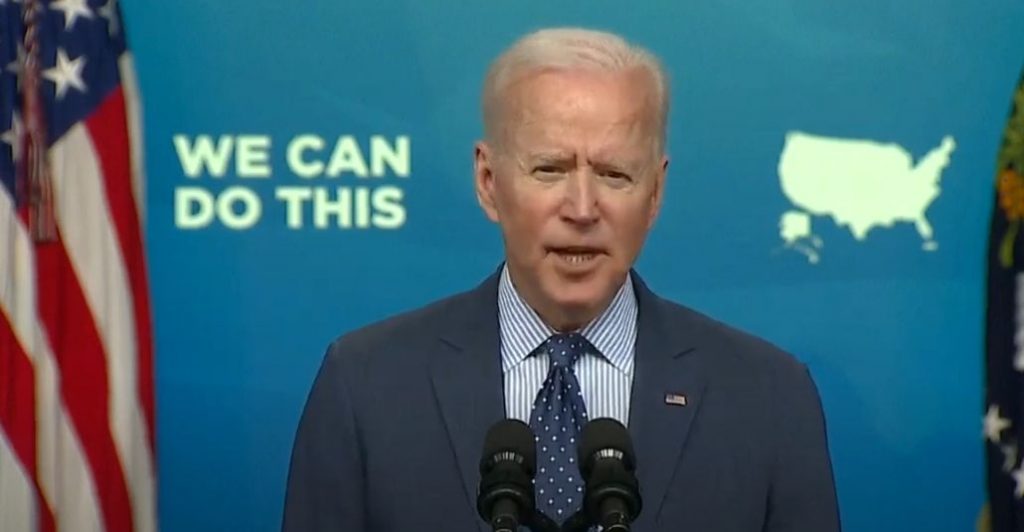 The Biden Presidency is shaping up to be the longest on record — and that’s according to the president’s own accounting.

On Wednesday, Biden stood in front of a microphone and unblinkingly told the American people that he’s been in office “about 15 months.” Watch:

“Since January 20th, and we’re talking now about 15 months,” he said, and without missing a beat, discussed the decline in the average daily cases since his Inauguration Day. A lot has happened since President Biden has been in office, but perhaps not so much for Biden himself.

After 64 days in office, he finally gave his first press conference. At the event, he announced to the surprise and amusement of all that he intended to run again for president:

NEW: Joe Biden announces he is running for re-election in 2024. pic.twitter.com/btLQKgpYzB

At this rate, it would be sometime around 2026 for Biden, who appears to be running on a different timescale than the rest of us. (Nobody tell him.)

More recently, Biden showed off his propensity for making both clueless and creepy comments. In late May, he mangled the Declaration of Independence. Watch:

“America is born out of an idea. We hold these truths to be self-evident, that all men and women are created equal, endowed by their creator with certain unalienable rights, including life, liberty, et cetera,” Biden said.

It wasn’t the only ludicrous remark Biden made during the speech. He also said the following about Chinese communist leader Xi Jinping.

“I’ve spent more time with President XI of China than any world leader has. For 24 hours of private meetings with him, with just an interpreter, 17,000 miles traveling between China and here,” Biden said. “He firmly believes that China before the year 3035 is going to own America. Because autocracies can make quick decisions. But America is unique.”

But even worse than having a poor memory is having extremely poor taste. During a recent press event, he stopped and turned to a little girl in the audience, the daughter of a veteran, and said a very concerning line given his lascivious track record.

“I just love the barrettes in her hair now,” he said. “I tell you what, by the look of her, she looks like she’s 19 years old, sitting there like a little lady with her legs crossed.”

It appears that Biden’s sense of time is completely botched. It may seem like it’s been 15 months in office to Biden, but for the American people, it already feels like an eternity.