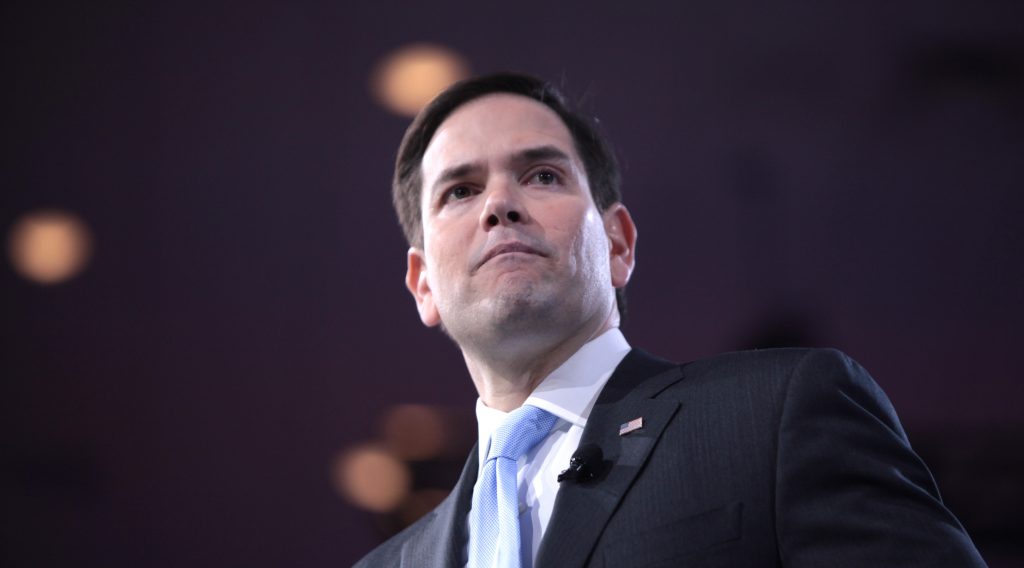 Senator Marco Rubio has issued a strong defense of his decision not to vote to convict Donald Trump at his Senate impeachment trial. The senator also issued a foreboding warning to those who did.

While many might figure Florida senator Marco Rubio would be the last person to jump to Donald Trump’s defense following a bloody primary season in 2016, he is providing a strong rationale for not seeking revenge against political enemies following them leaving office.

“Just minutes after the attack of January 6th began I said it was not only unpatriotic, it was un-American,” he began.

“I do not need to be convinced that what happened on that day was the disgraceful work of a treasonous criminal mob,” he continued. “But seeing images of that attack stirred up anger in me.”

“Anger that our nation was embarrassed in the eyes of the world by our own citizens,” he said.

“Anger that Capitol Police officers that my family and I know personally had to deal with these low-lives,” he continued.

“Anger that janitorial and food service staff I have gotten to know – many who came to America to get away from countries with political violence – had to clean up the mess left behind by these cretins,” he added.

“But if we have learned anything this week, it should be how dangerous it is to allow anger to influence actions,” he went on.

Then he made the key point.

“The lead House Manager argued today that this trial isn’t about Donald Trump. That it was about our country. And that those who refuse to vote to convict are condoning the actions of a violent mob and failing to defend the honor of our Capitol and the people who work here.”

“This is a ridiculous and insulting argument,” Rubio argued.

“Impeachment is not a way of sending a message or taking symbolic action. Impeachment exists for one principal reason: to remove from office an office holder guilty of wrongdoing,” he said.

“And claiming that anyone who doesn’t vote to convict someone no longer in office is the equivalent of supporting a criminal mob is nothing but hyper-partisan politicians masquerading as high minded prosecutors trying to smear their political opponents,” he continued.

“The Senate does not have the Constitutional power to convict a former official,” he said. “And even if we did we should be very reluctant to use it.”

Senator Rubio also has a warning for the Democrats and the 7 Republicans who voted to convict Donald Trump. His reasoning is airtight and should give revenge-driven Democrats pause. Marco Rubio then provides some much-needed historical perspective.

“In the 244 year history of our Republic we have never convicted and disqualified a former official in an impeachment trial,” he said. “Doing so now would create a new precedent. And it would weaponize impeachment in a way we will come to regret.”

Then, Rubio provided a warning to those who would abuse impeachment to punish a political enemy or bar that person from running for future office.

“The day will come when a future Congress – one with a new majority in the House filled with new members elected on the promise of holding accountable leaders of the opposite party – will give in to these passions and impeach a former official. The Senate will then find itself conducting a trial of that former official.”

Rubio expressed his concern that the Senate was setting a “dangerous precedent.”

“A trial justified by the precedent we are asked to set here today,” he went on. “And a Senate tempted to convict by the tantalizing opportunity to disqualify that official from future public office.”

“My fear of creating dangerous precedents is not new,” he continued. “Two years ago, I was accused by some in my party of being a traitor because I opposed using an emergency declaration to fund a border wall that I supported.”

“I warned then that a future Democratic President would do the same thing to fund a Green New Deal,” he said. “And now, just two years later, leading Democrats are calling for that very thing.”

“The lead manager admitted today that for the Democrats and their enablers working in the legacy media the purpose of this trial was not to hold the former President accountable,” he went on.

“The real purpose of this trial was to tar and feather not just the rioters, but anyone who supported the former President and any Senator who refuses to vote to convict,” he said.

“I voted to acquit former President Trump because I will not allow my anger over the criminal attack of January 6th nor the political intimidation from the left to lead me into supporting a dangerous constitutional precedent,” he continued.

“The election is over. A new President is in the White House and a new Congress has been sworn in. Let history, and if necessary the courts, judge the events of the past,” he said.

“We should be focused on the serious challenges of the present and preparing our country to confront the serious tests it will face in the future,” he concluded.

NOW READ: Trump Issues Message to Supporters After Being ‘Acquitted Forever’ of Impeachment: ‘We Have Only Just Begun’