Speaker Pelosi: House Dems Will Form Their Own Partisan Investigation Into January 6th 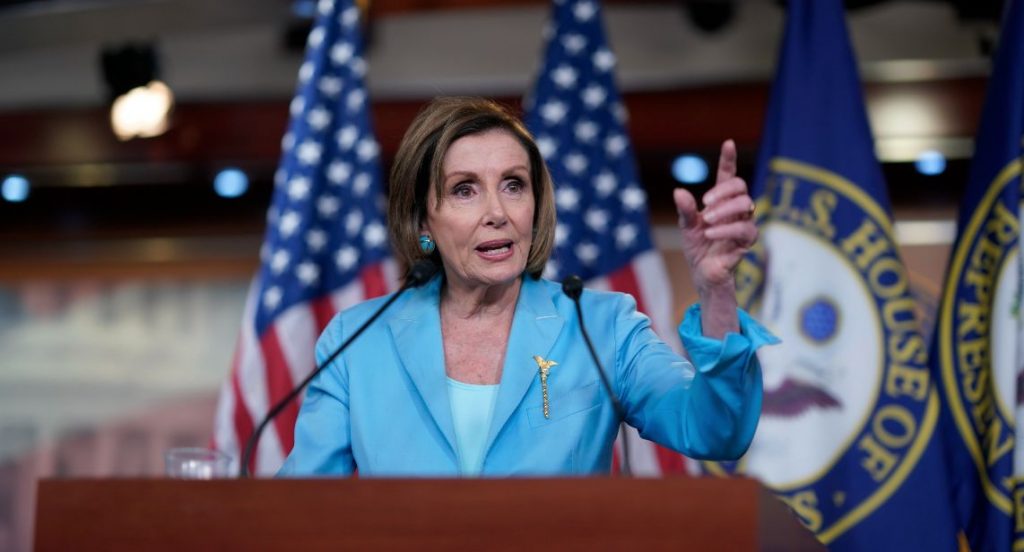 Nancy Pelosi is going to ‘do it herself.’ The House Speaker announced on Thursday that Democrats will unilaterally launch their own partisan inquiry into January 6th events, despite the U.S. Senate recently voting to block the political maneuver.

“This morning, with great solemnity and sadness, I’m announcing that the House will be establishing a select committee on the January 6 insurrection,” Pelosi said. “The select committee will investigate and report on the facts and the causes of the attack and it will report recommendations for the prevention of any future attack.”

“Pelosi said that it had been four weeks since Senate Republicans blocked the commission, and it did not appear they would change their minds, so she was now moving forward with a select committee,” CNN noted.

Speaker Nancy Pelosi earlier vowed to open up her own partisan investigation if the U.S. Senate did not give in and agree to a bipartisan commission.

The January 6th commission bill failed in a late May vote, as only six Republicans voted for the bill and 11 senators skipped out on the vote altogether.

“The vote was 54 to 35, showing the bill had a bipartisan majority of support with six Republicans voting with Democrats. However, the bill needed 60 votes to advance,” CNN noted.

“The six GOP senators who backed the bill were: Mitt Romney of Utah, Susan Collins of Maine, Bill Cassidy of Louisiana, Rob Portman of Ohio, Lisa Murkowski of Alaska and Ben Sasse of Nebraska,” the report added.

Nine Republicans and two Senate Democrats reportedly skipped the vote. Those senators are:

In late May, House Democrat Rep. Jamie Raskin revealed what was the driving force behind Speaker Pelosi’s Jan. 6 commission in an interview with CNN’s Don Lemon.

“We need to get the truth out to those people, and Donald Trump should be an absolute pariah in America, as well as everybody who has been enabling his anti-social and anti-democratic conduct,” he said on national television.

It is obvious that the January 6th commission isn’t about seeking justice. The Democrats had their Senate impeachment show trial and it failed miserably. Now, they want to drag the issue back up and litigate it forever, as if to act like unarmed protesters posed a threat to ‘overturn’ the election results.

The Democratic Party can only offer the American people more partisan witch hunts and unncessary show trials, because it surely can’t offer any positive results.