‘This is Our Life from Now On’: Israel, One of Highest-Vaccinated Nations, Begins Fourth Covid Shot

There may be no such thing as “fully vaccinated” for Covid-19, Israel, one of the highest-vaccinated countries in the world, is finding out. The nation is now preparing to roll out a fourth shot in its Covid vaccination series.

“Israel is set to begin preparations to administer fourth doses of the coronavirus vaccines as the country deals with soaring cases despite its trail-blazing roll-out of jabs,” the Daily Mail reported on Sunday. “The country’s national coronavirus czar Salman Zarka said the country needs to prepare for a fourth injection, which could be modified to better protect against new variants of the virus.”

“Thinking about this and the waning of the vaccines and the antibodies, it seems every few months — it could be once a year or five or six months — we’ll need another shot,” he said earlier.

Israel is currently in the midst of a surge in Covid infections during a ‘fourth wave,’ despite being a relatively high-vaccinated nation. Our World in Data, a research group run from Oxford University, reports that although Israel has over a 60% “fully vaccinated” rate, it is now leading the world in daily new confirmed cases per million. 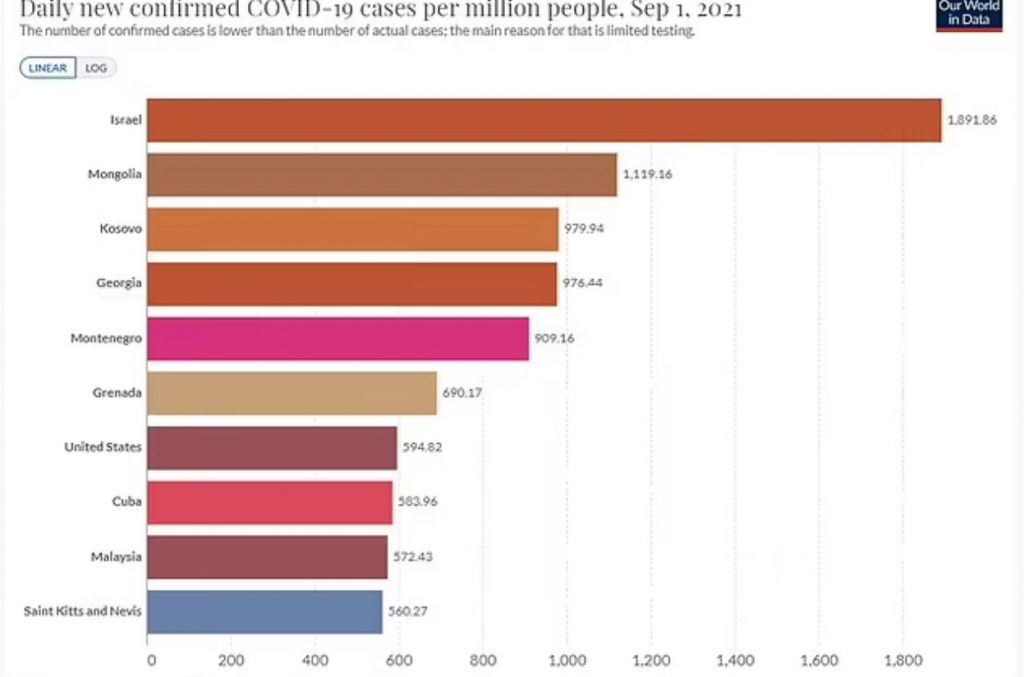 Thus, the vaccinations fail to stop transmission, and have become a conduit for variants, such as the “Delta variant.” Although the Covid shots wear off over time, however, the data are clear that they lower the likelihood of death and hospitalization from the Sars-CoV-2 virus.

Meanwhile, Israel’s Health Ministry has announced that vaccine passports will expire 6 months after an individual’s 2nd or 3rd dose, Dr. David Samadi said on Saturday. It sets up a situation where Covid-19 ‘vaccination,’ contact tracing, and booster shots every 6-8 months for the foreseeable future become a way of life in the tiny Middle Eastern nation.