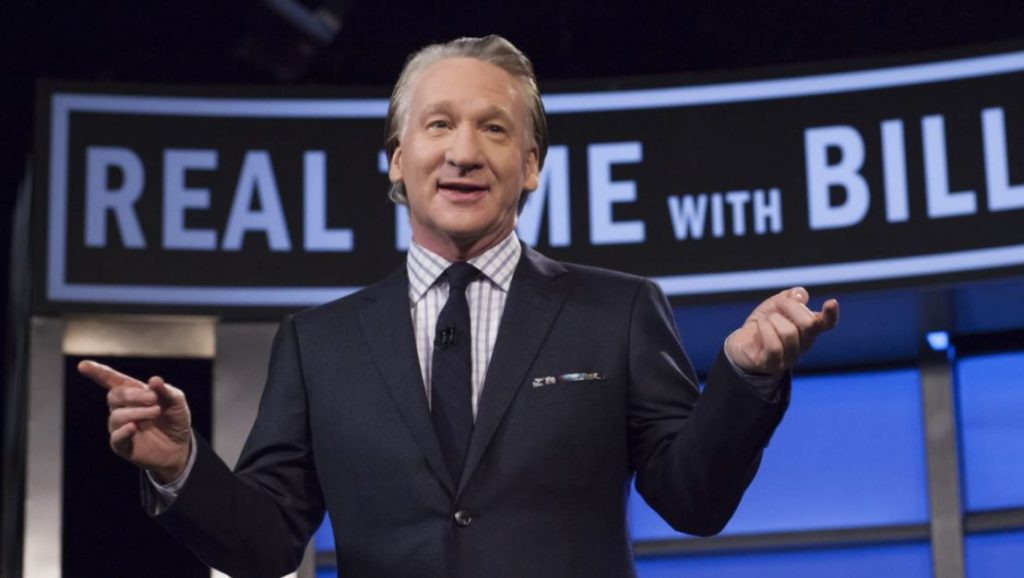 It is not often that a liberal commentator rips the Democratic Party, and HBO host Bill Maher ‘went there’ on the latest episode of ‘Real Time.’

Maher, a frequent and vocal critic of ‘cancel culture,’ once again tried to talk reason into the radical left. Social justice warriors are now bent on removing all political dissent, while even attacking others on the left for ‘insufficient Wokeness.’

The most recent fauxtroversy involves the Puerto Rican creator of the musical Hamilton ‘failing’ to include an Afro-Latino in his new film “In the Heights,” which is set in Washington Heights. The film is filled with Latinos and Latinas, as well as black Americans, but that was considered to have lacked ‘inclusivity’ by the far-left extremists. The filmmaker, Lin-Manuel Miranda, subsequently apologized to the Woke mob on Twitter.

“You’re the guy who made the Founding Fathers black and Hispanic!” he continued. “I don’t think that you have to apologize to Twitter! For f***’s sake.”

“This is why people hate Democrats,” he added. “It’s cringy.”

Lin-Manuel Miranda had bowed to the left-wing bullies on Twitter over the perceived ‘diversity offense.’

“I started writing ‘In the Heights’ because I didn’t feel seen. And over the past 20 years all I wanted was for us — ALL of us — to feel seen,” he explained.

“I’m seeing the discussion around Afro-Latino representation in our film this weekend and it is clear that many in our dark-skinned Afro-Latino community don’t feel sufficiently represented within it, particularly among the leading roles,” Manuel continued.

“I can hear the hurt and frustration over colorism, of feeling still unseen in the feedback,” he added. “I hear that without sufficient dark-skinned Afro-Latino representation, the work feels extractive of the community we wanted so much to represent with pride and joy. In trying to paint a mosaic of this community, we fell short.”

“I’m truly sorry. I’m learning from the feedback, I thank you for raising it, and I’m listening,” Manuel concluded. “I promise to do better in my future projects.”

Maher noted that people “used to get mad” but with social media “people didn’t use to grovel and apologize like this.”

“Obviously, he felt it was important enough for him to make this apology,” Maher remarked. “Do I think he really thinks he needs to apologize? I don’t. He just wants to avoid the news cycle. I don’t blame him, you know. I understand this, but at some point, people are going to have to stand up to these bullies because that’s what it is! It’s bullying. It’s ‘I could make you crawl like a dog and I enjoy it.’”

Democrats fail to realize that ‘cancel culture’ is a form of bullying that will turn Americans against their party. But it may take the Woke mob coming for liberals for Democrats to stop endorsing the tactic. Until that happens, the illiberal and undemocratic scourge of ‘cancel culture’ will get worse before it gets better.