The New York Times has buried numerous important and relevant pieces of information in its latest high-profile story regarding the shooting death of Trump supporter Ashli Babbitt. The Times’ story seems to intentionally shrouds the mysterious circumstances surrounding Babbitt’s death to protect a trio of unknown, shadowy or radical figures who were involved in the fatal incident.

Understanding the way the NY Times buried key relevant pieces of information in its report is suggestive in its own right. This is particularly true due to the surrounding suspect coverage of the entire incident, including CNN, NBC News and ABC in Australia paying one of the agitators, John Sullivan, a handsome sum for unique eyewitness footage of the event. The founder of the unsubtly titled Insurgence USA was even invited on CNN, along with a freelance documentarian named Jade Sacker, and virtually handed an open mic to tell his story.

Sullivan’s footage was one of the most tragic and compelling pieces of video captured during the entire January 6th Capitol riot: The shooting death of Ashli Babbitt.

Zachary Alam’s name is completely missing in the report, despite his pivotal role in orchestrating the corridor breach.

The entire incident should be watched and scrutinized carefully. View the entire event via Sullivan’s own video below:

On Sunday, the New York Times reported more information about the unidentified shooter, who has not been charged for excessive force or for negligence after shooting the unarmed woman.

The Times continues to paint its picture, but one can immediately note a give-away that the entire narrative is dishonest.

Who was it that said “I have a knife”? It was none other than the Antifa-supporter John Sullivan himself, according to a federal affidavit submitted with his arrest warrant. The warrant states:

Sullivan’s name would not be mentioned in the entire article, even as his footage is seminal to understanding what happened.

There are more suspicious things about the narrative presented in the NY Times report. One of them is that this highly veteran officer, according to reports, did not know there were other officers on the other side of the glass doors and windows.

The officer, according to his account, could not see the three uniformed officers outside and did not know they were there — he only described seeing a hallway full of oncoming people. The three officers had no visible shields or riot gear — two of them were not even wearing hats.

How could there be such a lack of communication between officers in a crisis situation who are physically within fifty feet of one another? Why didn’t the officers inside the corridor with the agitators and the Trump supporters make it known there was an imminent threat to this unnamed officer, instead of standing back and standing by? Why did these officers allow Alam to change his gear right behind them, without even acknowledging his presence, and then let him get away scot-free? 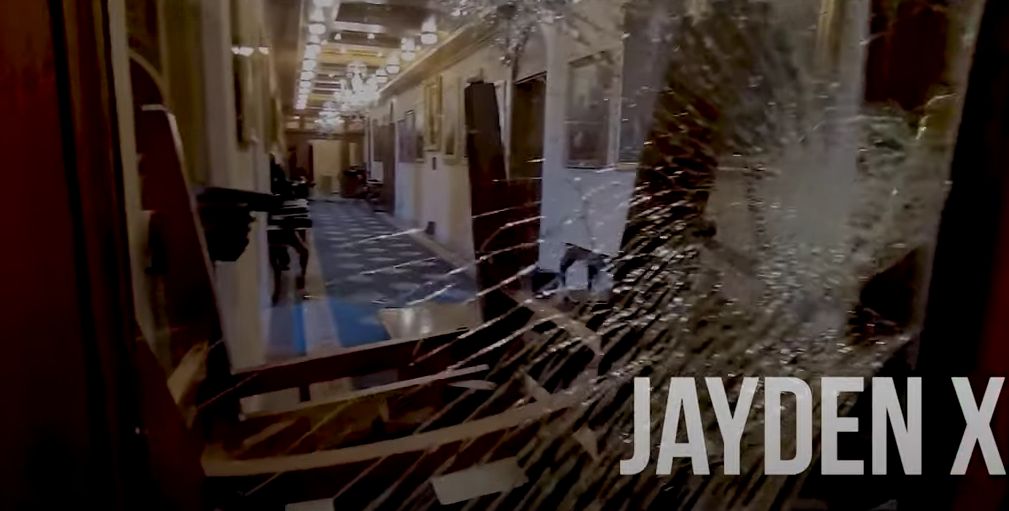 This is how the New York Times recounts the event:

No, this is what Sullivan predominately, and likely first shouted. The radical activist had perched himself right beside the window where the gun would fire its fatal shots.

This from a Rolling Stone interview that was done with Sullivan right after the shooting:

Sullivan’s explanation, therefore, is that he was the one shouting about a “gun,” but it was purportedly so loud that the Trump supporters just wouldn’t heed his warning.

This is the New York Times’ narrative continued:

In the thick of the action, a man wielding the helmet broke out the windowpane in front of Ms. Babbitt. A few seconds later, someone tried to boost her through. She wore a Trump flag around her neck like a cape, and a backpack over it.

As Ms. Babbitt was hoisted up, the lieutenant fired a single shot. She plummeted backward, striking the hard floor. There was no evidence that she had been armed.

The man “wielding the helmet,” whom we know is named Zachary Jordan Alam, has been charged by the Department of Justice with serious crimes, including:

Assault on a Federal Officer with a Dangerous or Deadly Weapon; Destruction of Government Property over $1,000; Obstruction of an Official Proceeding; Unlawful Entry on Restricted Building or Grounds; Violent Entry and Disorderly Conduct.

Yet, the New York Times elides this criminal conduct and fails to raise any questions about Alam’s suspicious behavior, including evidence that he engaged in a “coordinated action.” Again, Alam was handed a helmet; he backed the crowd up to smash the window; he changed his appearance in what should have been a secured area behind police officers; and he got away without being apprehended. This is all captured on video and is a matter of verifiable fact.

Here is another suggestive bit about Alam: He is, by his own words, no fan of police officers.

“Video footage showed Alam — with his mask pulled down — pushing past security personnel and screaming “F— the blue!” before reaching the doors of the Speaker’s Lobby, which leads to the House Chamber,” an affidavit said.

As far as the unidentified police officer is concerned, he is reportedly in hiding due to credible threats made against his life.

Regardless of Babbitt being unarmed, the unnamed officer warned her not to go into the secured area, a claim backed up by witnesses, according to the officer’s lawyer Mark Schamel.

The New York Times and other media outlets have branded Babbitt as a “Q Anon” supporter, as if that is to dispel any public curiosity or even sympathy about the woman’s death.

Ashli Babbit was recently put to rest in a ceremony besides the Pacific Ocean. 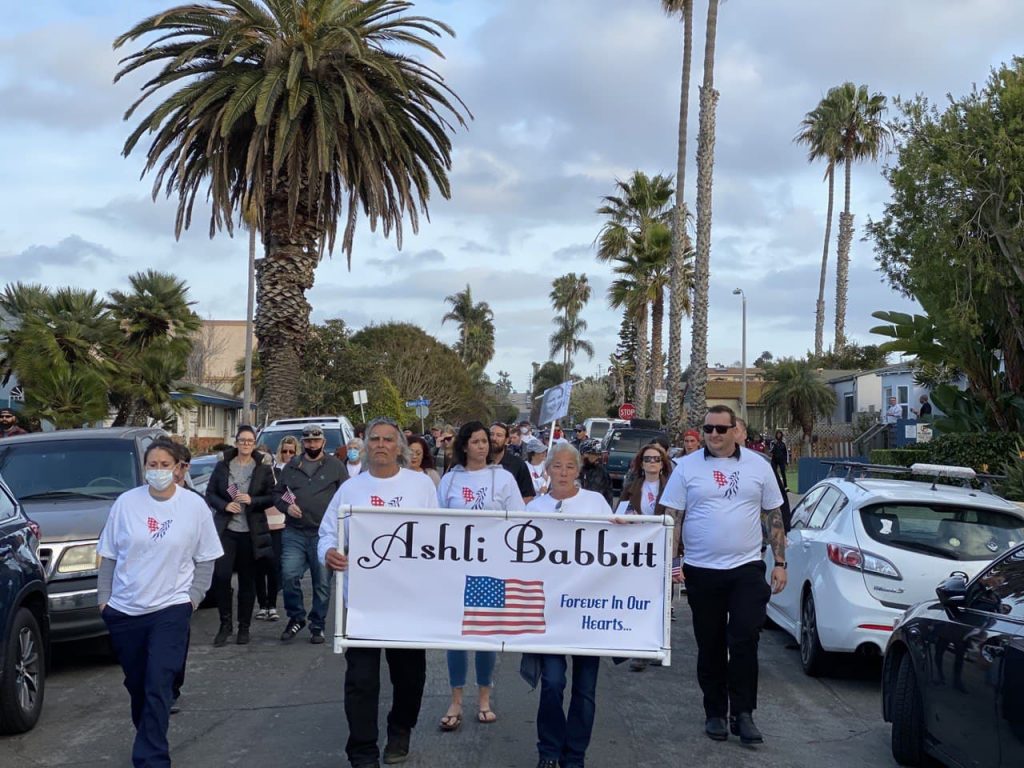 Americans wish they could say the same about many questions regarding the circumstances surrounding her mysterious death.

Editor’s note: This article was updated with more information after publication. This article contains editorial commentary.