Donald Trump is ready to go to “war” with the Republican Party.

Multiple reports from senior advisers and members of Trump’s inner circle indicate that the former president is done playing “nice” with the GOP establishment.

“According to three people familiar with the planning, Trump will soon begin vetting candidates at Mar-a-Lago who are eager to fulfill his promise to exact vengeance upon incumbent Republicans who’ve scorned him, and to ensure every open GOP seat in the 2022 midterms has a MAGA-approved contender vying for it,” Politico reported.

“Trump already has received dozens of requests from prospective candidates seeking to introduce themselves and nab his endorsement, and formal meetings with them could begin as early as March,” the report said.

“Now that Trump has survived his second Senate impeachment trial, he has shifted his focus to post-presidential activism — a venture mostly bankrolled by his new leadership PAC, Save America, which had $31 million in its coffers at the start of this month,” it continued.

“We are in the process of putting together a more formal schedule for candidates who want to come get his endorsement,” Miller told Politico.

In an exclusive interview on Sky News in Australia released on Sunday, Jason Miller expressed his view that Donald Trump is “chomping at the bit, ready to get back at it.”

But contrary to Politico’s report, the former president is “absolutely” looking to help the Republican Party win back the House in 2022, albeit with the candidates he wants to win.

“And I think the only possible way that there would have been any, I guess, any footsies with the idea of a third party, was if there had been some sort of move towards impeachment or any sort of bigger push,” Miller added. “But no, but President Trump is very much committed to the Republican Party, and he wants to see the party win back the majorities in our legislature, so that’s really gonna be his focus for heading into the next two years here.”

When he was asked about Donald Trump’s influence on the GOP, Miller laid it out in stark terms.

“I think really what a lot of folks are starting to realize here in the states is that President Trump really is the Republican party,” he said. “And so he is not only the current aspect of the party, but he is the future of the party. So, I think we’ve really kind of gotten past that, so hopefully we can go back and win back the majorities in 2022.”

When Miller was pressed in the interview about whether it was good for the Republican Party and the country that Donald Trump continue his political ambitions, the adviser turned to current opinion polling on the matter.

“You take a look at 60%, actually about 60-63% of all Republicans want President Trump to run again for president in 2024,” he replied. “70%, by the way of Trump voters want President Trump to be the nominee for president in 2024. And so you look at the support base, it really is still there, and there is a concern with the free and fair elections,” he added.

Miller then explained that Donald Trump was planning on making sure that we “get to the bottom of some of these election problems we had in 2020.”

“That’s one of the things that President Trump is going to be leading on as we go forward,” he said. 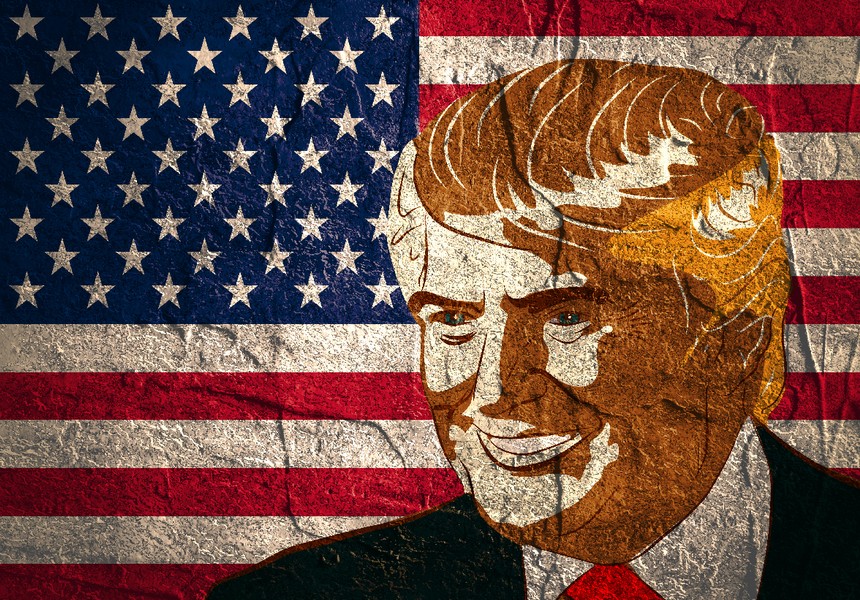 When asked about the reported snub of Nikki Haley, Miller deferred to the former president and Haley to speak for themselves. But he did make a more general statement.

The senior adviser was also pressed on Trump’s 2024 plans.

Recently, Trump dropped the hammer on Mitch McConnell, who made threats to the former president at the Senate impeachment trial, while still voting to acquit him.

“McConnell’s dedication to business as usual, status quo policies, together with his lack of political insight, wisdom, skill, and pesonality, has rapidly driven him from Majority Leader to Minority Leader, and it will only get worse,” Trump said. “The Democrats and Chuck Schumer play McConnell like a fiddle — they never had it so good — and they want to keep it that way!”

Trump didn’t even spare the trademark insults against the now Senate Minority Leader.

“Mitch is a dour, sullen, and unsmiling political hack, and if Republican Senators are going to stay with him, they will not win again. He will never do what needs to be done, or what is right for our Country. Where necessary and appropriate, I will back primary rivals who espouse Making America Great Again and our policy of America First. We want brilliant, strong, thoughtful and compassionate leadership,” he stated.

“I’m more worried about 2022 than I’ve ever been. I don’t want to eat our own,” Graham reacted to the statement.

It appears that Donald Trump is a “man of his word” and there is plenty for Senator Graham to be “worried” about.

“Earlier this week, Trump met with his former campaign manager Brad Parscale to discuss online fundraising components to support his efforts and how he can utilize social media despite his ban from popular websites like Twitter,” the Politico report continued. “Trump also met with House Minority Whip Steve Scalise (R-La.), and his eldest son Don Jr. earlier this week.”

That’s not all. On Saturday, Trump had a planned fundraising dinner with Senator Mike Lee, Rep. Lauren Boebert and Rep. Matt Gaetz.

“Republican Utah Sen. Mike Lee is up for reelection in 2022, but that’s not stopping him from raising money for that campaign now,” KUTV reported about the $10,600 per couple dinner. “And Lee plans to raise that money at an exclusive and pricey fundraiser at former President Donald Trump’s Mar-a-Lago resort in Florida. That’s all according to an invitation to the event, a photo of which was first tweeted by Politico.”

The dinner launched claims that Mike Lee reportedly had once called for Donald Trump to step down, which he subsequently denied.

The Mike Lee protest at the RNC was before he *called on Trump to quit the ticket* after Access Hollywood. Lee’s objection to Trump was that he thought he’d lose, when that was out of the way he was rarely critical https://t.co/WHaoIRQUmn

This headline is not only misleading, but affirmatively deceptive. The Salt Lake Tribune will stop at nothing to undermine and create divisions within the Republican Party. https://t.co/Z80CxsWZlp

“This headline is not only misleading, but affirmatively deceptive,” Lee tweeted. “The Salt Lake Tribune will stop at nothing to undermine and create divisions within the Republican Party.”

If Trump decides to run for president again, it would be interesting to see what would happen if he really took the gloves off.

“If you’re Trump, you don’t gotta play nice with these people anymore. You don’t have to do the whole fake political thing where you pretend to like people you don’t actually like,” a person close to the president told Politico.

It appears that Donald Trump has no intention of doing so.