A Harvard study of 68 nations and 2,947 counties in the United States published in the European Journal of Epidemiology is shattering the argument that the mRNA therapeutic drugs being marketed as “vaccines” do anything significantly to stop the spread of Covid-19.

It’s even worse than that. As Becker News suggested in September, there is a positive correlation between a nation’s vaccination levels and the “case” rates being reported. The scientific findings are a crushing blow to the argument that the vaccines have a “public health” purpose and that vaccine mandates are justified.

The Harvard researcher who co-authored the study, S. V. Subramanian of the Harvard Center for Population and Development Studies, teamed up with Canadian researcher Akhil Kumar to perform the research.

Their “bombshell” findings? Read them and weep:

At the country-level, there appears to be no discernable relationship between percentage of population fully vaccinated and new COVID-19 cases in the last 7 days (Fig. 1). In fact, the trend line suggests a marginally positive association such that countries with higher percentage of population fully vaccinated have higher COVID-19 cases per 1 million people.

Eureka. That is what Becker News had pointed out in September:

As the Covid pandemic continues to defy predictions about when it will finally be ‘over,’ there is a curious phenomenon taking place across the United States and around the globe: Covid-19 case rates increasing alongside vaccination rates.

The textbook examples of this disturbing trend are the nations of Israel, the United Kingdom, and the United States. Israel is now experiencing its fourth wave, which is being accompanied by another round of ‘booster shots.’ Israel has 61.5% of all adults “fully vaccinated” (although the use of ‘booster shots’ throws the term into question.)

Israel was also one of the most suggestive cases for the above-cited Harvard study.

Where was the Omicron variant first detected? Botswana, followed by South Africa. Interesting.

The study also makes an interesting point about counties with extremely high vaccination rates: “Of the top 5 counties that have the highest percentageof population fully vaccinated (99.9–84.3%), the US Centers for Disease Control and Prevention (CDC) identiﬁes 4 of them as ‘High’ Transmission counties.”

Thus, if you believe that getting nearly the entire local population “vaccinated” will do anything to stop the lockdowns and mandates, this data should make you think again. The agenda is political, and therefore, the solution will have to be political.

I am obviously not the only researcher to pick up on this data phenomenon. Justin Hart at the Substack Rational Ground has also mentioned it multiple times. Indeed, he had picked up on the unusual data patterns in July.

Looks at this! I put together cases and vaccination data from the CDC. (Cases are per 100K left Y-axis | vaccinations are increasing % right Y-axis)

Cases drop by 75% or more for every age group BEFORE any group hits 20% vaccination. Something else is going on entirely here.
1/ pic.twitter.com/oI4iKiGlww

The above-cited Harvard study provides a snapshot of the data points that illustrate the “marginally” positive association: 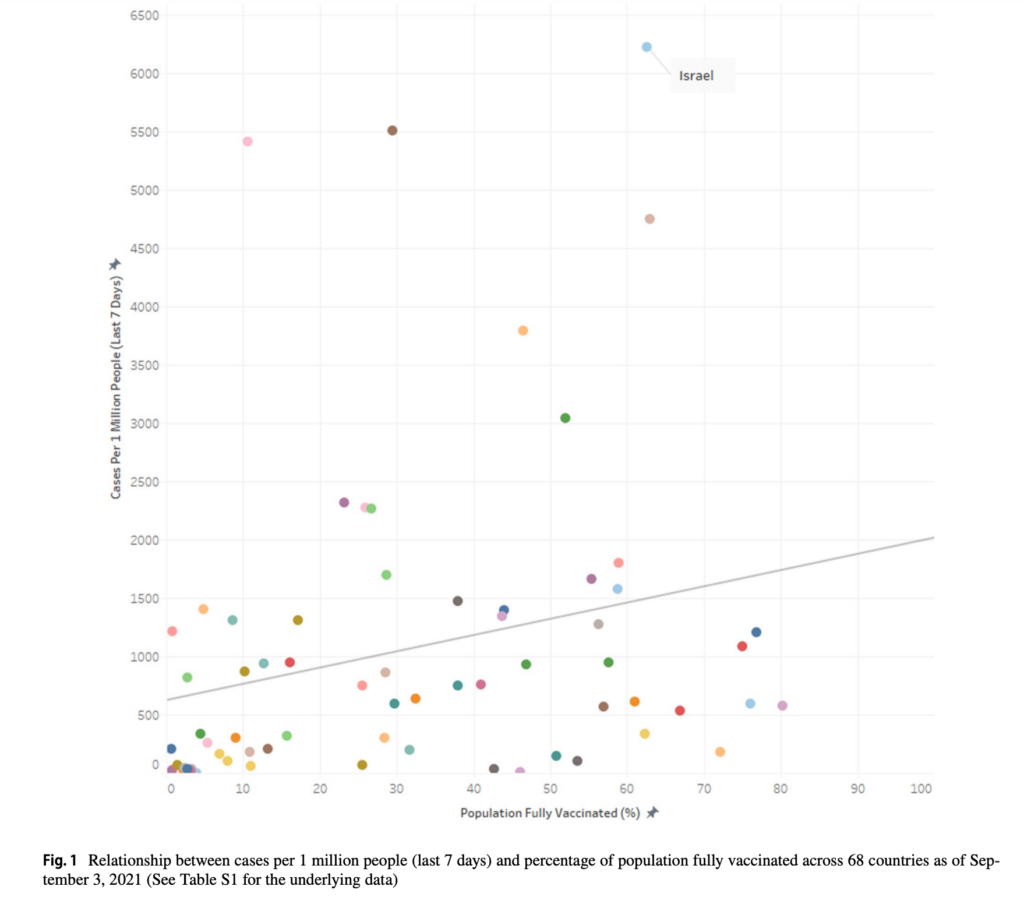 This looks more than “marginal” to me. At the U.S. county level, there appears to be no discernible relationship between vaccination levels and case rates. 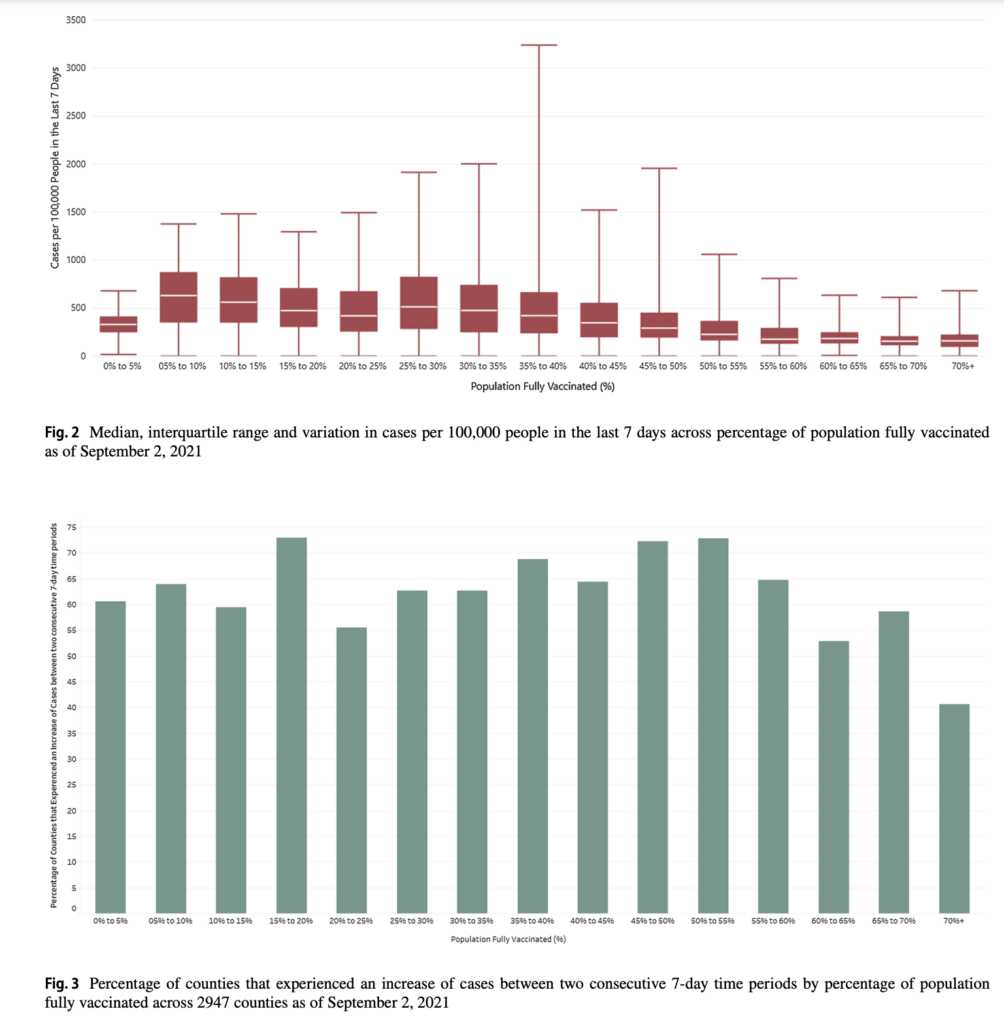 There you have it: There is no real-world evidence that “vaccines” stop the spread of Covid-19.

However, this isn’t stopping Pfizer’s CEO from making the unsubstantiated claim to sell the “booster” shots.

“Although two doses of the vaccine may still offer protection against severe disease caused by the Omicron strain, it’s clear from these preliminary data that protection is improved with a third dose of our vaccine,” Pfizer’s CEO Albert Bourla said. “Ensuring as many people as possible are fully vaccinated with the first two dose series and a booster remains the best course of action to prevent the spread of COVID-19.”

This is an absolute lie. It should be no surprise that a Big Pharma CEO would deceive the public about his product. But the U.S. government and the corporate press turning a blind eye to the false claim should have Americans outraged.

As a legal team recently explained in a lawsuit against the FDA, the “vaccines” have absolutely failed in preventing the spread of Covid-19. Thus, there is no legal, moral, or public health justification to mandate “vaccines.”

The Harvard study’s paper was accepted in the European Journal of Epidemiology and can be read below: