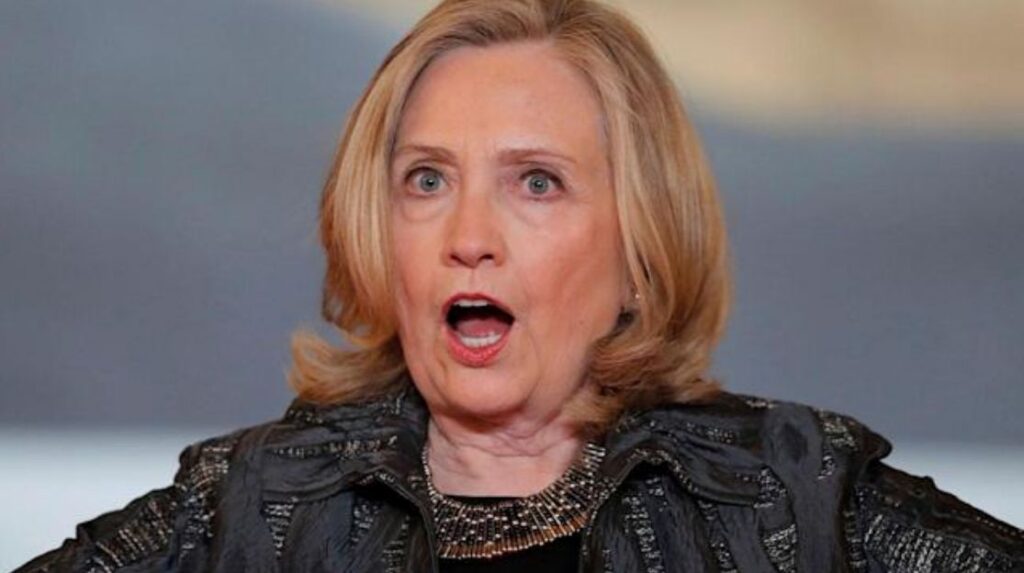 The Democratic Party faithful typically fall in line with whatever their leaders tell them to think. But the times may be a’changing, if a new TIPP poll involving Hillary Clinton is any indication.

“A growing chorus of Democrats believe 2016 presidential candidate Hillary Clinton should be questioned by special advisor John Durham for her alleged role in the Russian secret server scandal in a poll conducted before bombshell revelations that her team spied on Donald Trump’s campaign,” the Daily Mail reported on Sunday.

“In a poll last month, 66 percent of Democrats wanted Clinton questioned, a whopping 22 percentage points higher than how many in her party demanded a probe last October, according to TechnoMetrica Institute of Policy and Politics (TIPP) research,” the report noted.

“The amount of Republicans demanding answers is also swelling, rising to 91 percent in January from 80 percent last October,” the report continued. “Among the independent crowd, those wanting the former secretary of state probed rose to 74 percent from 65 percent.”

Now comes an even more devastating part: It was before the recent damning revelations that Team Hillary has been linked to a tech firm that effectively spied on Donald Trump.

“Both polls were completed before Special Counsel John Durham last week released a bombshell report that claimed Clinton’s campaign team tried to spy on former president Trump’s computer servers in a failed attempt to tie him to Russia,” the report added.

The Trump spying scandal is becoming worse by the day: FEC reporting shows that both the Biden campaign in 2020 and the Democratic Congressional Campaign Committee (DCCC) utilized the same firm, Neustar Information Services, prior to elections.

“The Biden campaign paid nearly $20,000 to a cybersecurity firm at the center of Special Counsel John Durham’s investigation into the origins of the Trump-Russia probe,” Chuck Ross reported at the Free Beacon.

According to the Federal Election Commission records uncovered by the Free Beacon, the Biden campaign paid Neustar Information Services $18,819 in 2020 for ‘accounting and compliance work.’

Hillary Clinton’s presidential campaign was found to have paid the tech firm that conducted surveillance on then-candidate Donald Trump’s private, campaign, and White House communications. Special Counsel John Durham highlighted these findings in a motion to probe potential conflicts of interest with lawyer Michael Sussmann, who had worked for the Hillary Clinton campaign.

Sussmann is alleged to have misled the FBI about his work for the Clinton campaign, as well as his ties to a tech executive that has been identified as Rodney Joffe, senior vice president of Neustar. Their collaboration led to the origin of the debunked story that Trump had a connection with a ‘secret’ Russian bank server.

The FBI would launch an investigation into the Trump campaign to look into the debunked Alfa Bank connection. Hillary Clinton even weaponized the political disinformation in an October 2016 tweet.

The Biden and Clinton campaigns are the only two presidential committees to have ever paid Neustar, the Free Beacon noted, but the DCCC also hired the firm before the 2018 midterms.

It’s become so obvious that the Democratic Party is thoroughly corrupt that even Democrat voters are starting to ask questions. It’s gotten that bad.

“The bottom line is that the FDA, CDC, Pfizer, and Moderna appear desperate to inject even small babies with multiple rounds of the novel mRNA shots, despite the mortality and hospitalization risk being close to nil…”

“Fauci, who attests that he has been fully vaccinated and boosted, in March claimed that this was impossible.”

“This is the worst consumer sentiment ever measured by the University of Michigan going all the way back since 1952.”