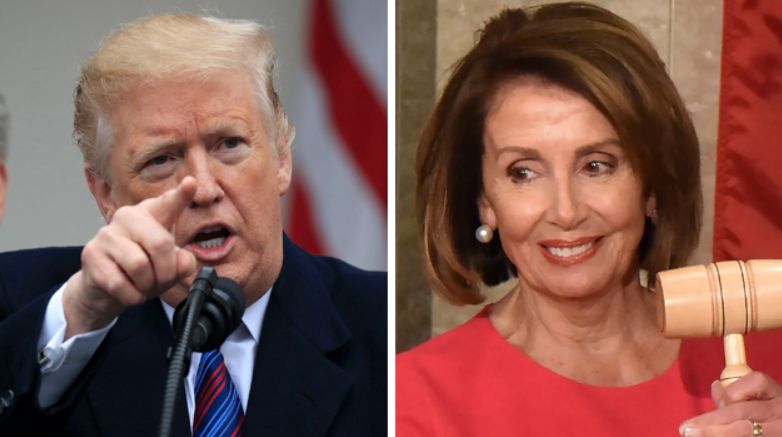 “Nancy Pelosi is spending a great deal of time, effort, and money on the formulation of a Fake and highly partisan January 6 Committee to ask, ‘what happened?'” Trump said.

“Will Nancy investigate herself and those on Capitol Hill who didn’t want additional protection, including more police and National Guard, therefore being unprepared despite the large crowd of people that everyone knew was coming?” he continued.

“Will Nancy and her Committee study the massive Voter Fraud that took place during the 2020 Presidential Election, particularly in swing states, that was the reason hundreds of thousands of people came pouring into Washington and, therefore, must be a big factor in the final Committee Report?” he continued. “Now would be a very good time to study the large scale Voter Fraud in our Presidential Election.”

“Will Nancy release the thousands of hours of tapes so we can see the extent to which ANTIFA and Black Lives Matter played a role, while also revealing ‘who killed Ashli Babbitt?'” he added. “A real and thorough investigation of this must be done—and what about all of the violence, murders, riots, and fires that took place in Democrat run cities throughout the United States by ANTIFA and Black Lives Matter, with virtually no consequence for this death and destruction?”

“Will Nancy look into the vicious partisan investigations of Conservatives and Republicans that are taking place by prosecutors all over the Country?” Trump concluded. “The five-year investigation of me, and all that so many have been through, including the fake Russia Russia Russia charge, and including the local Democrat-controlled New York prosecutors who work around the clock to get President Donald Trump, while murderers, drug dealers, and human traffickers go free!”

Speaker Nancy Pelosi is ultimately in charge of security at the Capitol building, as the House Sergeant at Arms reports to her, as well as the Capitol Police. Both the Capitol Police and the National Guard were issued effective ‘stand down’ orders that limited their response to rioters.

In early July, Donald Trump issued his briefest statement yet with just one question: “Who shot Ashli Babbitt?”

In April, federal prosecutors dropped the Ashli Babbitt case, as well as any potential charges against an unidentifed Capitol Police officer who shot the Trump supporter as she attempted to crawl through a window in the Capitol building on January 6.

Donald Trump Has One Question for Pelosi That She Will Refuse to Answer on Her Jan. 6 Committee