Most Americans are convinced there is an “epidemic” of police shooting unarmed black males in America. This widespread misperception is reinforced with misreportage, sensationalized reportage, missing context, and the lack of reporting on analogous cases.

In February, a survey was released that showed how many adults overestimate the number of adult unarmed black males were killed by police officers in 2019 (the last year with full data available). The Skeptic Research Center published the results, which were broken down by political ideology. A chart based on these responses is posted below: 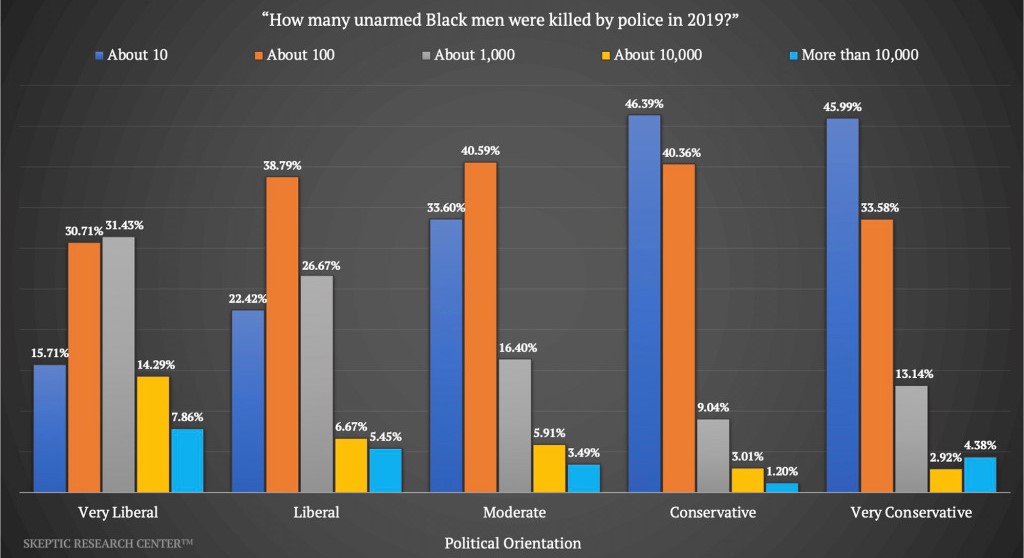 The bars are color-coded to reflect the estimation in each political ideology category. Very Liberal respondents were the furthest from reality: 14.29% said ‘about 10,000’ unarmed black males were killed by police, while 31.43% said ‘about 1,000.’ Liberals were slightly closer at 6.67% saying ‘about 10,000’ and 26.67% saying  ‘about 1,000.’ According to the database at Mapping Police Violence, this number was actually 27.

The responses get more egregiously off-base when the survey delves into respondents’ estimates of the racial proportion of those killed by police.

“The available data suggest that 24.9% of people killed by police in 2019 were Black,” the Skeptic Research Center states. “However, across the political spectrum, survey participants overestimated this number.”

“Those who reported being ‘liberal’ or ‘very liberal’ were particularly inaccurate, estimating the proportion to be 56% and 60%, respectively,” the survey adds. 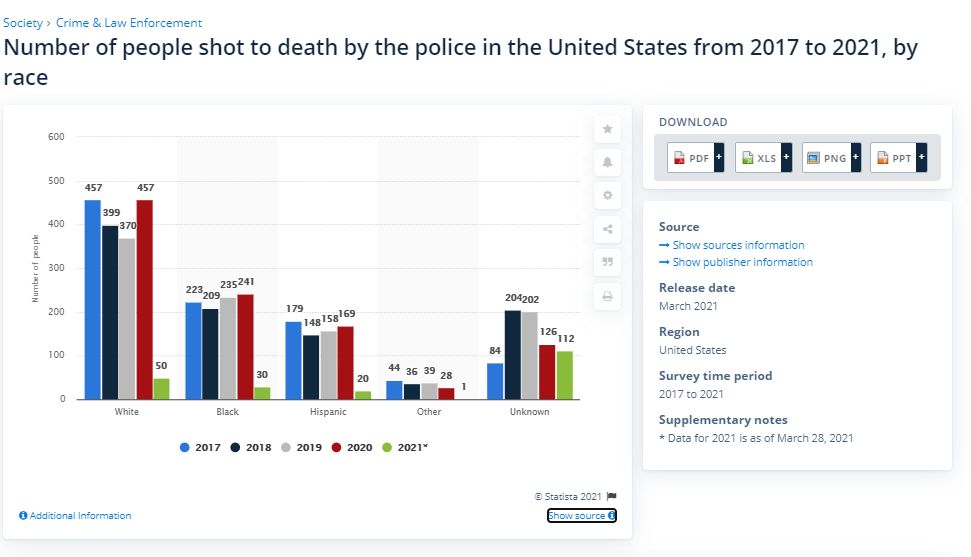 There is a much stronger explanation for fatal police shootings than racial bias: Arrest rates. The FBI’s 2019 Crime in the United States report breaks down arrests by racial demographic. 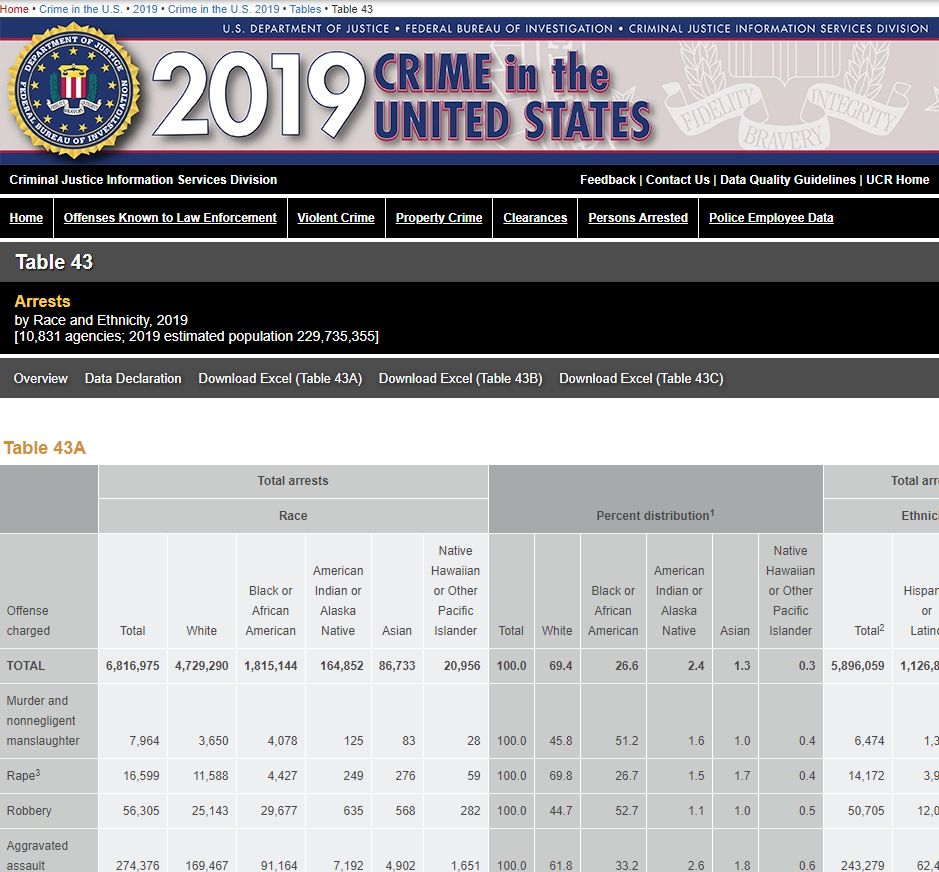 An analysis performed at DataBricks from 2015-2020 further underscores this proportion of fatal police shootings and provides more context:

The Washington Post’s police shooting database further underscores how rare it is that unarmed black males are shot by police officers. Its reported police killings of unarmed black males in 2019 is far below even the 27 reported by Mapping Police Violence. It is a total of 11 — fewer than a dozen cases.

If one sorts the database for the last six years, one finds a total of 129 people shot and killed by police. This is an average of 21 unarmed black males per year out of a population of approximately 20 million. This is virtually ‘one in a million.’

Nonetheless, Americans news media is relentless in its portrayal of unarmed black males as living perpetually under the threat of being randomly shot by a ‘racist’ police officer.

Daunte Wright. Jacob Blake. Adam Toledo. Michael Brown. Laquan McDonald. Tamir Rice. The list goes on and on. Or does it? As the data show, these are statistical anomalies in a nation of hundreds of millions of people that are held up to illustrate purported ‘systemic racism.’

These tragic cases are not only statistical outliers, they are far from ‘black and white’ in terms of what motivated the police shooting. In nearly every case, a suspect was wanted by police and threatening circumstances gave rise to an unfortunate police shooting.

Even if one concludes that these police shootings were wrong, the cases are a lot grayer than the mainstream media often portrays. The radical activist left has nonetheless weaponized these people’s tragic stories to push a truly dangerous agenda: Defunding the police.

“Initial data from the FBI and major cities across the U.S. suggests homicides increased by about 30% in 2020, and murder rates remained high into early 2021,” ABC reported. “Many cities that slashed police resources last year because of the protests, the pandemic, or both have poured money back into law enforcement to cope with a sudden surge of violence.”

There is no “epidemic” of police shooting unarmed black men in the United States. But there is an “epidemic” of ignorance and an unwillingness to check basic facts. This ignorance is leading Americans to adopt disastrous policies, such as ‘defunding the police.’