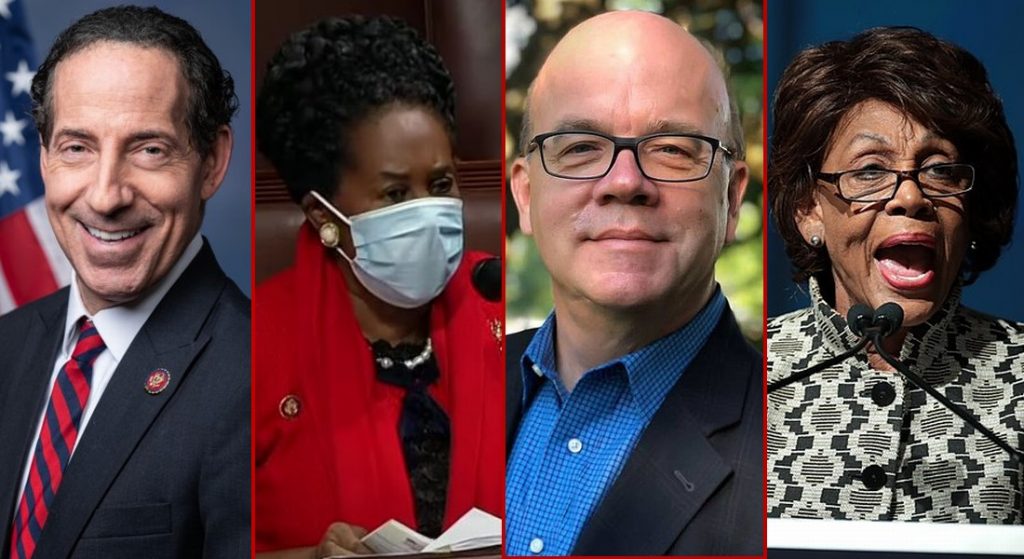 The House Democrat impeachment managers, as well as numerous other Congressional Democrats, have unleashed a barrage of accusations against former president Donald Trump. Among the many allegations is that he should be convicted for the “high crime and misdemeanor” of having “incited an insurrection.”

The evidence the Democrats are relying upon in the impeachment trial include Donald Trump’s claims that the 2020 election was “stolen” and it was “illegitimate.” These are claims that Democrats such as Hillary Clinton, with the aid of the entire mainstream media, propagated in the aftermath of the 2016 election.

Statements then-and-now will show the Democrats’ about face on the matter of undermining election legitimacy and the “threat” it poses to our country.

“They violated Florida’s prohibition against dual office holders,” Raskin argued. Not a single senator agreed with him that there were any merits to his election objection.

“So you think he’s about to decry the mayhem and violence, the unprecedented spectacle of this mob attack on the US Capitol, but he’s still promoting the big lie that was responsible for inflaming and inciting the mob in the first place?” he asked, referring to claims the 2020 election was illegitimate. “If anyone ever had a doubt as to his focus that day, it was not to defend us. It was not to console us. It was to praise and sympathize and commiserate with the rampaging mob. It was to continue to act as inciter-in-chief, not commander-in-chief, by telling the mob that their election had been stolen from them.”

“People are horrified by the overwhelming evidence of Russian interference in our election,” Rep. Sheila Jackson Lee argued. She would make the Russian interference claim multiple times, only to be cut off. At one point, her microphone was shut down. Lee also claimed there was “massive voter suppression.”

Sheila Jackson-Lee, who actually introduced the Articles of Impeachment against Donald Trump in his second impeachment, struck a much different tone about casting doubt on elections when it came to Trump.

“He led an insurrection against the United States of America,” Jackson Lee continued. “Prior to the January 6th attack by violent domestic terrorists, the president spoke to the crowd for 1 hour.”

“Telling domestic terrorists, nearly all of them were white supremacists, many of them, who support him politically, who stormed the Capitol to derail Congress from completing its constitutionally required duty of counting and verifying the votes of presidential electors,” Jackson Lee said before the chair told her her time was up.

“He must be impeached!” Lee shouted.

Rep. Maxine Waters, who has persistently sought to impeach Donald Trump since the early days of his administration, would also object to the 2016 election results.

“I wish to ask: Is there one United States senator who will join me in this letter of objection?” Waters asked. “Just one,” she exclaimed in frustration when no one responded.

Maxine Waters, who has been in the spotlight due to the Trump defense team highlighting her incendiary words against Donald Trump, was

“And of course, this president, who has lied his way all the way up, until this insurrection that he has caused, and the fact that we all, many of us believe he is trying to create a civil war, has got to be stopped dead in his tracks, however we can do it: whether it is Amendment 25 or whether it is a new way by bringing him up before the Congress,” she said, obviously referring to Trump’s election “lies.”

“I object to the certificate from the state of North Carolina based on violations of the Voting Rights Act,” he argued. No senators backed him up in his attempt to “overturn” the election results.

“Impeachment is reserved for the extreme situations when a President betrays their oath of office, abuses their power, and loses the trust of the American people. President Trump did exactly that as he urged deranged individuals to march on the Capitol and threaten lawmakers to overturn the results of the election and illegally install him in power. As mobs overpowered Capitol police, he refused to forcefully condemn them. He has since showed no remorse for his actions and bears responsibility for this horrific attack,” he said about Trump’s second impeachment. 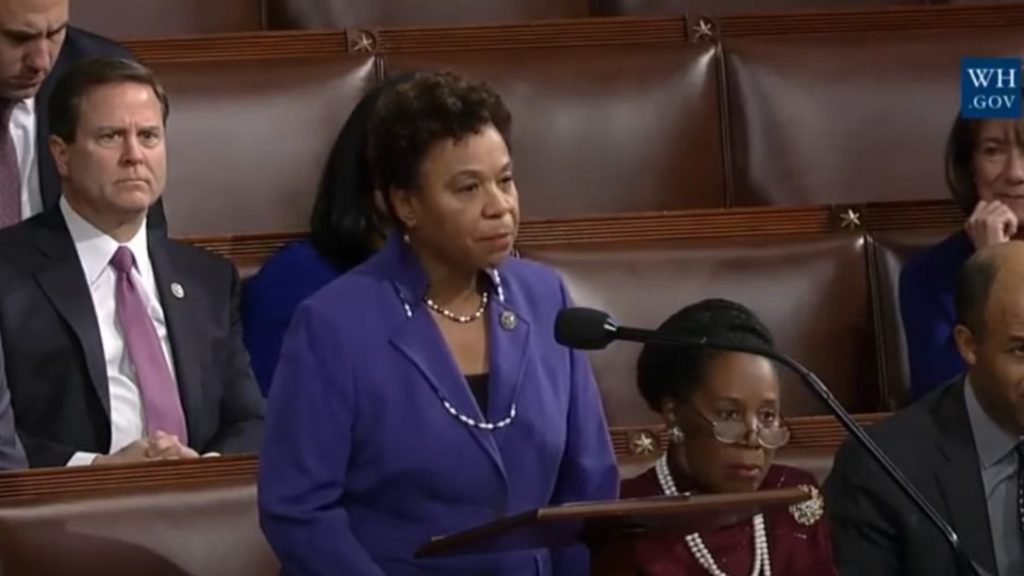 “I object because people are horrified by the overwhelming evidence of Russian interference in our election,” she claimed.

“Donald Trump incited a violent, white supremacist, domestic terrorist attack on the U.S. Capitol. Today, I’ll be voting to impeach him for a second time. He is an unprecedented threat to our democracy and national security — that calls for unprecedented action to remove him.”

Apparently the purported “threat to our democracy” posed by Donald Trump was not “unprecedented.”

“Mr. President, even as people waited hours in Georgia…” she stated in an attempt to object to Georgia’s election. She was shut down.

The incident was cited in a 2020 Seattle Times article called, “Rep. Pramila Jayapal tried to stop Trump from becoming president; Joe Biden shut her down.”

“It is indisputable that Donald Trump incited insurrectionists to launch the most deadly and destructive assault on the United States Capitol since the War of 1812,” Jayapal said about the 2021 Trump impeachment trial in a press release.

“He told these domestic terrorists — many associated with white nationalist groups — to ‘stand by.’ Then he urged them to ‘fight like hell.’ Next, he proclaimed, ‘we are going to the Capitol.’ The insurrectionists followed these orders from the President of the United States, and carried out a violent attack on our country with the intent of overtaking Congress, overturning this election and undermining our democracy.”

The Democrats thus find Trump guilty of carrying out a plan for the purpose of “overturning this election and undermining our democracy.” The same allegations could have been made against Democrats in 2017.