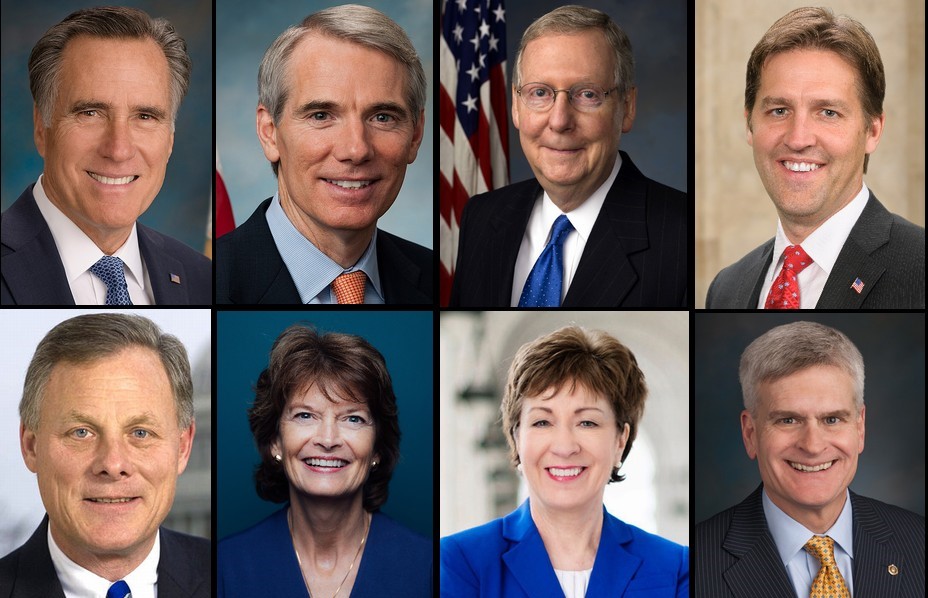 The Trump impeachment trial is winding down to its final hours. So, if one wanted to make a ‘bet’ about the GOP senators most likely to vote for Donald Trump’s conviction, there are betting markets for that.

They are just not in the United States. The following are betting odds based on European markets. It is not legal to vote on such political events in any U.S. state, according to US-bookies.com. The professional gambling website gave the bettors’ rationales being used to calculate their odds. It provides hypothetical odds on the Senators’ chances to convict. According to the betting markets:

“Recent events have hinted at a strained relationship between Trump and Mitch McConnell, and the Kentucky senator’s odds to vote to convict are a sign of that,” says a US-Bookies spokesperson.

“McConnell is 6/1 to vote for a conviction, which is less likely than Bill Cassidy, who is 2/1, and more likely than Rob Portman and Richard Burr, who are 8/1 and 10/1, respectively.”

The betting markets also give the odds for the expected number of senators expected to vote for Donald Trump’s impeachment conviction:

The following are the most likely GOP senators to vote for conviction, according to the betting markets:

“Betting odds suggest Mitt Romney, Susan Collins, Lisa Murkowski and Ben Sasse are more likely than not to vote to convict Donald Trump during his second impeachment, according to betting aggregators US-Bookies.com. Mitt Romney is the most likely, as he has 1/20 odds to do so, which means he has an implied 95.2% chance to vote to convict. He’s followed by Lisa Murkowski at 1/16 (94.1%), Ben Sasse at 1/12 (92.3%), and Susan Collins at 1/8 (88.9%).”

Here is a rundown of the top eight senators one can ‘bet’ on to vote in favor of Donald Trump’s impeachment.

The Trump impeachment trial resumes tomorrow at 10 a.m. eastern. It is running around two days ahead of schedule, and could, conceivably, be over on Saturday if the senators so choose.

“Earlier odds didn’t suggest that there would be enough votes to convict Trump, but the expect total amount of votes is even lower than it was last week,” said  a US-Bookies spokesperson. “And Trump’s actual odds of being convicted remain unchanged.”

Strikingly, the odds of conviction are absolutely meager, according to the smart money:

“The odds of Donald Trump being convicted by the U.S. Senate during his second impeachment trial are 14/1, suggesting an implied probability of 6.7%. The odds that he does not get convicted are far more likely at 1/50, implying a 98% chance.”

That’s right: A 98% chance that all of the Democrat impeachment managers’ arguments fall flat. That must be really disappointing for those hoping to get revenge against Donald Trump. Here is a rundown of the prop odds: