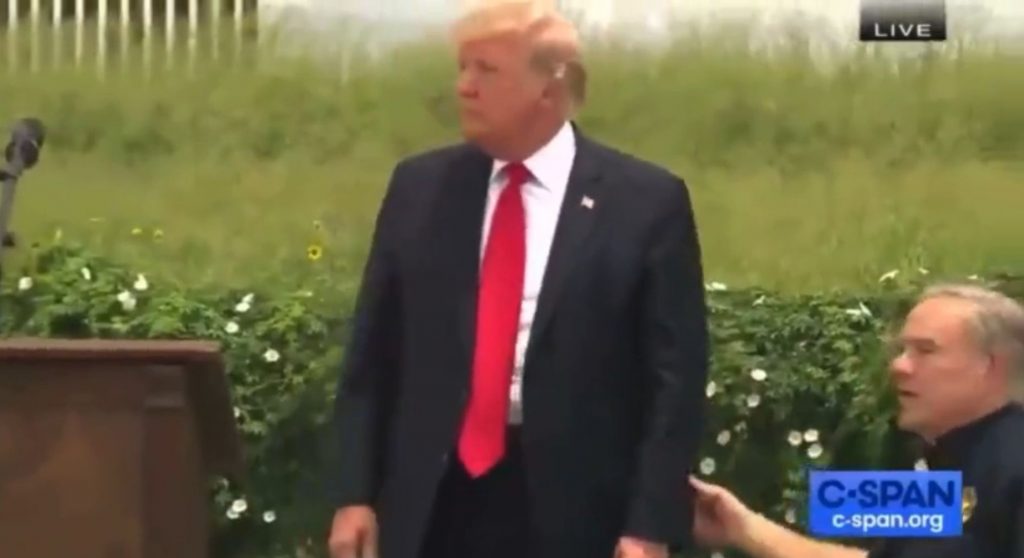 CNN reporter Jim Acosta accosted Donald Trump while he was attending a border visit in Texas today. Acosta confronted Trump with a loaded question intended to frame the president as responsible for January 6th.

“Mr. Trump, will you apologize about January 6th?” Acosta asked.

The CNN reporter apparently didn’t get the ‘news’ that Trump was acquitted in a Senate trial and there is no conclusive evidence he ‘incited’ the pre-planned raid by unarmed far-right extremists on the Capitol building.

Acosta has been on a bit of a roll lately showing just how unwelcome he is wherever he goes.

Earlier this week, the CNN “reporter” seized the opportunity to ambush a Republican congressman on the way home from the office about January 6th.

Rep. Mo Brooks had been one of the speakers at the “Save America” rally on the day. Brooks has made a number of statements that run contrary to the mainstream media narrative about the Capitol riot.

“Congressman, is there any way we could get you to talk about January 6th?” Acosta persisted.

“I do not do interviews with CNN because I do not trust CNN to be honorable or truthful,” Brooks replied.

“Well, can I ask you, do you still believe Antifa was behind January 6th?” he asked.

“I’ve already said what I’m going to say, I don’t trust y’all to be truthful or honest,” he repeated.

“Well, can you tell us if you regret what you said on January 6th?” Acosta kept on.

“I do not trust CNN to be truthful or honest, so I do no interviews with CNN,” he said.

“I do not trust y’all to be truthful or honest with anything CNN does,” Brooks said as he prepared to ride away.

This would have been Trump’s best response to Acosta. But thanks to the audience’s boos, he didn’t have to say anything at all. Acosta got the message loud and clear.