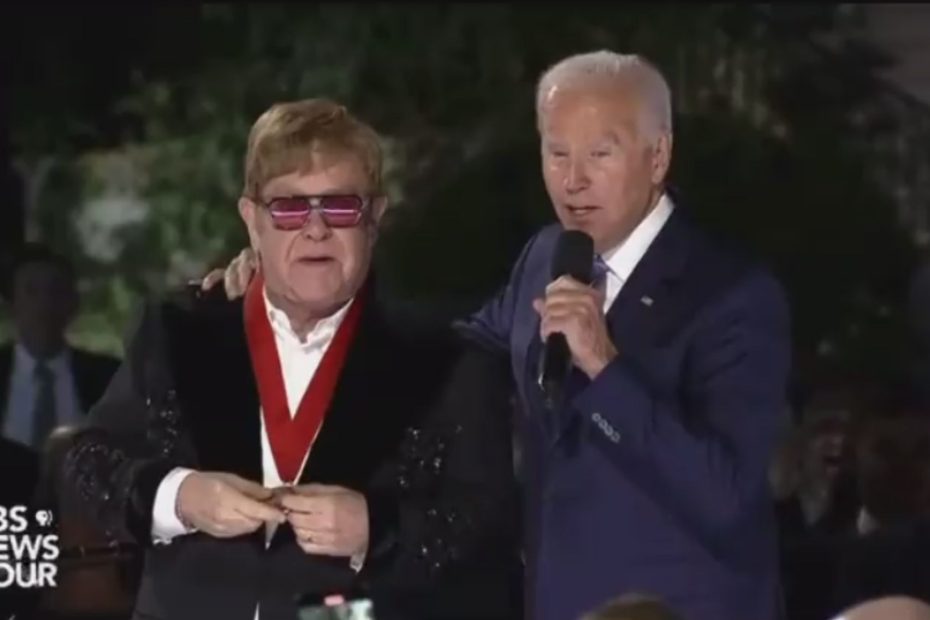 President Joe Biden appeared at the White House’s Elton John concert on Saturday night and made yet another gaffe that would instantly draw accusations of ‘homophobia’ if it were made by anyone else.

“By the way, it’s all his fault we’re spending 6 billion dollars in taxpayer money this month to fight AIDS, HIV/AIDS,” Biden remarked.

That presidential gaffe leads one to question what it is the openly gay Sir Elton John must have done to spread that much HIV/AIDS around the globe. Instead, what President Biden must have meant is that it is his advocacy that has led in part to the United States spending $6 billion in taxpayer money to help those afflicted by HIV/AIDS.

If it was intended as a ‘joke,’ it is yet another example of Biden making one in extremely poor taste.

Biden on Friday made yet another very awkward remark at a DNC speaking event with teachers from the National Education Association.

“But guess what?” he said. “We got a lot to do. Gotta say hi to me,” he added to his current wife Jill Biden.

In July, Biden slipped up in a speech on his Israel trip and vowed to send ‘Covid-19 doses’ to West Bank and Gaza.

“That’s support for the economic development of the Palestinian people, to strengthen Palestinian security, to provide food for people to eat, to respond to the pandemic, including donating more than one million doses of Covid-19 to the West Bank and Gaza,” he said.

It’s getting worse, folks. Expect Joe Biden to continue making America an international embarrassment with such cringeworthy remarks until the end of his presidency. And the sooner it’s over with, the better.