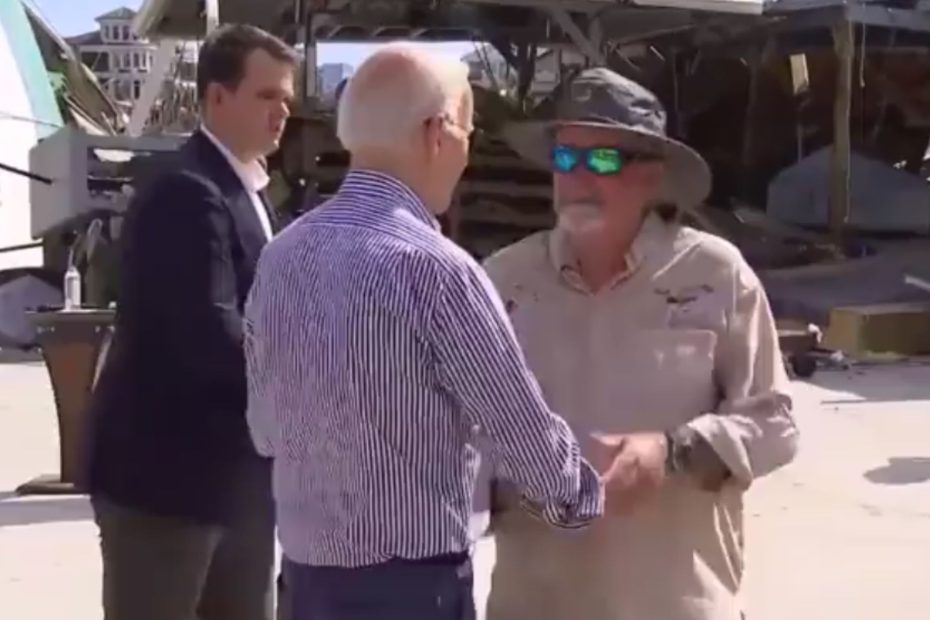 President Joe Biden was out pressing flesh in the aftermath of Hurricane Ian on his tour of Florida, when he revealed an insight into his mentality on ‘hot mic.’

“No one f*cks with a Biden,” the president said.

It isn’t the first time that Joe Biden has come off like a rube by using vulgar language on hot mic. After the Democrats somehow managed to ram through Obamacare, Biden exclaimed, “This is a big fu*king deal.”

Hunter Biden sure is an artist— a con artist.

Here's his gallery of corruption: Burisma, his connections to the Central Bank of China, holding equity in a blacklisted nuclear supplier group, AND of course, his new 'art' business.

On Tuesday night, Hunter Biden’s former business partner revealed the stonewall he got at the FBI when he produced evidence of the Bidens committing ‘multiple felonies.’

“For the sake of our country for national security,” Bobulinski said about why he came forward. “At that point he was a candidate, Joe Biden. Now he’s the sitting President of the United States, the most powerful person in the free world. And daunting.”

“So at the end of that five plus hour interview, the head of station, told my lawyers, ‘Listen, an individual name named Tim Thibault is going to run points on all of this.’ We’re definitely gonna have Tony come back in for a follow up interview. Could be as early as next week,'” he continued.

“Some of the people that were in the room weren’t well versed on all these facts. We may want to have people come in from Baltimore or Delaware and, you know, I was ready to sit down with anybody that needed me to or travel wherever I wanted to,” he went on. “And so the head of station and gave my lawyers Tim Thibault’s cell phone number.”

“Tim was not there that day,” he continued. “I think he was out of Washington, D.C. but my lawyers had an hour, hour and a half call with him that Friday night, October 23rd. And subsequent calls through the weekend and the following week when I was then coming on your show to provide the facts to the American people. And they were supposed to be working a follow-up interview. And Tim Thibault in his last discussion with my legal counsel was, ‘Listen, we know Tony’s cooperating. We appreciate all the information he’s provided. We will follow up with you. We’re definitely going to have him come in for a follow-up interview or spend some more time on this. And I haven’t heard from them since.”

“Since before the 2020 election,” Tucker clarified.

“Shocking,” Bobulinski agreed. “Yeah. That’s would be one adjective. Yeah.”

The White House is running the U.S. government like its an arm of the Biden crime family. “No one fu*cks with the Bidens.” Tony Soprano couldn’t have said it any better himself.