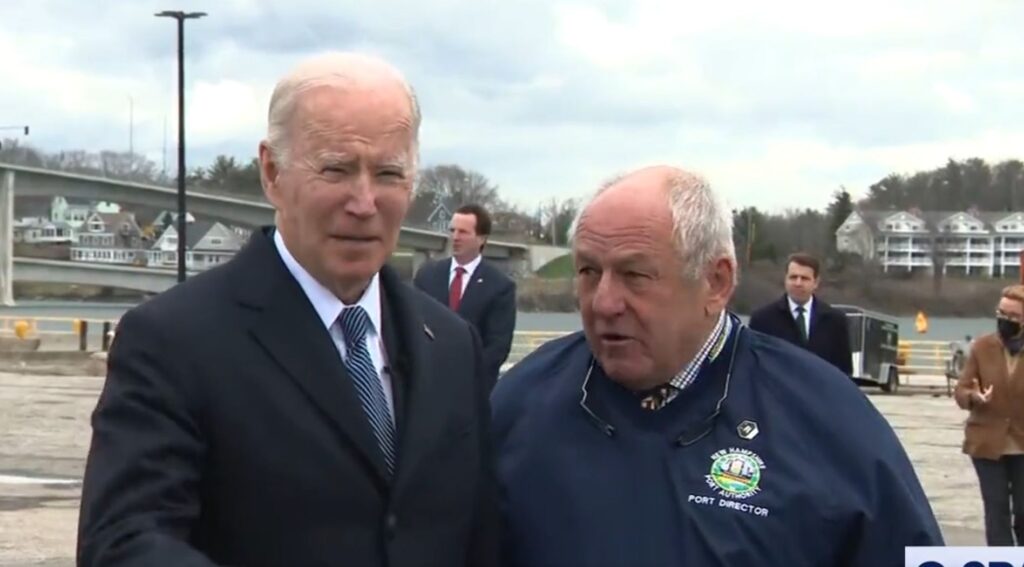 President Joe Biden did the improbable on Tuesday and gave a common sense response to a question about wearing masks on airplanes. Watch:

“Mr. President, should people continue to wear masks on planes?” the reporter asked.

There you have it. All of the flight attendant confrontations, miserable passengers being forced to wear masks against their will, arguing and bickering, legal fights and media squabbling over mask efficacy could have been avoided with one simple sentence: “That’s up to them.”

Americans have been going without masks in red states like Florida for over a year with no distinguishable difference with mask fanatatical states like California and New York. Furthermore, people have been eating in restaurants without masks for nearly the entire duration of the pandemic, often in the close vicinity of others. And many of the predicted “super-spreader” events following sports celebrations attended by tens of thousands of maskless fans have turned out to be over-hyped nothingburgers.

While on board Air Force One on Tuesday, White House Press Secretary Jen Psaki both vocally disagreed with the court striking down the CDC’s mask mandate for travel and suggested that an appeal from the Biden administration might still be on the table.

“Well, I would note — well, I’ve seen those videos. Anecdotes are not data, right?” she replied. “And certainly, that does tell a part of the story. But we don’t make these decisions based on politics or based on the political whims on a plane or even in a poll. But I would note in polls, and data, lengthier data, there are still a lot of people in this country who still want to have masks in place.”

Psaki was also asked if the Biden administration intends to appeal the federal court’s ruling.

“On the mask mandate, why is the DoJ not appealing that?” a reporter asked. “And… does the administration risk taking away some of your options for the future, especially if there’s some new variants?” he continued.

“Well, unless something’s happened when we got on the plane, I don’t think they’ve made any announcement at this point in time,” she responded. “So, as we’ve said, agencies are reviewing step — next steps — including the Department of Justice, traditionally following court decision. That can take a couple of days.”

“We have said from the start that our Covid response should be guided by the science and data and by experts,” she added. “And — and just as a reminder, when we made this announcement, the CDC said it needed 15 days to assess the impacts of an uptick in cases on hospitalizations, deaths, and hospital capacity.”

“We feel — still feel — that is entirely reasonable based on the latest science,” she continued. “And public health decisions shouldn’t be made by the courts. They should be made by public health experts. So again, I can’t — I’m not going to get ahead of the Department of Justice. We’ll let them make any decisions or announcements, but —”

“So, they might still appeal is what you’re saying?” a reporter followed up.

“It typically — yeah, it typically takes a couple of days to review and make an assessment,” she said.

The Biden administration on Monday released a statement in response to a federal court in Florida striking down the national mask mandate for airlines and other public transportation.

As reported earlier, a federal judge in Florida voided the national mask mandate covering airports, planes and other public travel. U.S. District Judge Kathryn Kimball Mizelle ruled the Centers for Disease Control and Prevention failed to justify its decision and did not follow proper rulemaking.

The judge’s conclusion that the CDC’s mandate exceeded the agency’s authority. The Tampa court’s ruling can be read in full below:

United Airlines responded to the news by dropping the mask mandate immediately.

“Effective immediately, masks are no longer required at United on domestic flights, select international flights (dependent upon the arrival country’s mask requirements) or at U.S. airports,” UA said in a statement.

Delta Airlines announced it was no longer enforcing masks, which passengers aboard a flight applauded.

Passengers on a Delta Airlines flight got a surprise on their way to Los Angeles on Monday – the overturning of the national mask mandate for planes and public transit.

"People clapped, drinks are flowing, masks off," the passenger who recorded the announcement wrote. pic.twitter.com/lvcTrcp5TM

Alaska Airline dropped its mask mandate, which the passengers greeted with enthusiasm.

“Ladies and gentlemen, this is your pilot speaking. This is the most important announcement I’ve ever made. The federal mask mandate is over. Take off your mask if you choose!” ~ Alaska Airlines. pic.twitter.com/Rb8bjlDJLs

Flight attendant just announced no masks on our @Allegiant flight. We are about to leave Orlando. Many people clapping. pic.twitter.com/CnCYONf1YE

There is no significant evidence that mask mandates for the general public have led to a decline in case rates around the world. This was the case prior to Covid-19 and remains the case today. That is what the actual “science” says.

Last week the CDC updated its policy tracker for public mask mandates noting whether or not a county had a mask mandate in place on a given day. From there we can map the "official" COVID-19 cases per 100K. Here's the Omicron wave. Mask mandates do not work. pic.twitter.com/XN79ZsZ6rz

President Biden has finally come full circle to the position he should have had all along: Health freedom. It is too bad it took a federal court ruling to get him to this point.