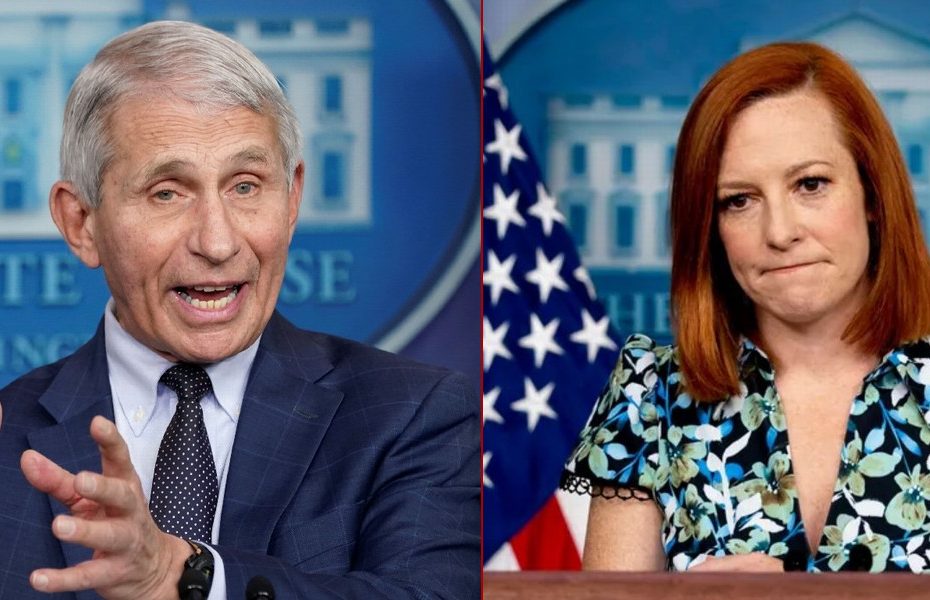 A U.S. District Court judge has granted a request for Dr. Anthony Fauci, former White House Press Secretary Jen Psaki, and a number of Biden officials to testify in a blockbuster lawsuit against Big Tech’s censorship of the American people.

On Friday, Attorney General Eric Schmitt, who is leading the State of Missouri and enjoining parties’ lawsuit against the Biden officials, announced the court victory.

Judge Terry A. Doughty granted the request in U.S. District Court to depose the Biden officials.

“This Court granted [Doc. No. 34] Plaintiffs’ Motion for Expedited Preliminary Injunction Related Discovery [Doc. No. 17] and set an expedited discovery schedule,” the court noted. “The discovery schedule required the parties to meet and confer in good faith regarding any deposition requests. The parties were required to file a joint statement as to their position on depositions if they could not come to an agreement. The parties have done so and have submitted the pending Joint Statement Regarding Witness Depositions [Doc. No. 86]. This ruling addresses the witness depositions.”

Despite the stated opposition of all of the defendants, the judge granted the request to issue expedited discovery for all of the parties listed below:

Here is the rationale for the discovery for the most prominent figures named in the lawsuit, beginning with Dr. Anthony Fauci:

First, Plaintiffs claim that Dr. Fauci is directly involved with multiple social media censorship campaigns against COVID-19 misinformation. Plaintiffs argue that “speech backed by great scientific credibility and with enormous potential nationwide impact” that contradicted Dr. Fauci’s views was censored on social media, and it was most likely censored because of the insistence of Dr. Fauci.

The first example of this is Dr. Fauci’s efforts to discredit any theory that COVID-19 was the result of a “lab leak.” Plaintiffs assert that “Dr. Fauci had funded risky ‘gain-of-function’ research at the Wuhan Institute of Virology through intermediaries such as EcoHealth Alliance, headed by Dr. Peter Daszak.” Which in turn meant that if there were truth behind the lab-leak theory, “Dr. Fauci and Dr. Daszak could be potentially implicated in funding the research on viruses that caused the COVID-19 pandemic and killed millions of people worldwide.” […]

During this time, Plaintiff States also urge that Dr. Fauci engaged in written and oral  communications with Mark Zuckerberg about the Government’s COVID-19 response, and allegedly widespread social-media censorship of the lab-leak hypothesis ensued.

“The Court sees the importance of having Dr. Fauci make statements under oath as it relates to the issues of this matter,” the judge’s order added.

As recently reported at Becker News, researchers have now obtained the strongest evidence yet that the SARS-CoV-2 virus that causes Covid-19 was made in a laboratory. Thus, Dr. Fauci’s participation in the censorship of Americans would not only violate the First Amendment, it would almost certainly be motivated by the intent to suppress the truth.

This brings us to former White House Press Secretary Jen Psaki. Again, as stated in the lawsuit:

Jennifer Psaki (Psaki) is the former White House Press Secretary of President Biden. She is a Defendant in this case. Plaintiffs move to depose Psaki for a multitude of reasons. The most pressing reason being that during her tenure as White House chief spokesperson, Psaki made a series of public statements that:
(1) attested to her personal knowledge of the participation of highlevel White House officials in pressuring social-media platforms, and (2) reinforced the public threats of adverse legal consequences to social-media platforms if they do not increase censorship of views disfavored by federal officials. Thus, she both admitted to knowledge of pressure to censor from federal officials and directly engaged in such pressure herself, in a highly impactful and visible fashion.

Plaintiffs’ Complaint details the statements Psaki made as they relate to these claims. For example, on May 5, 2021, Psaki stated at a White House press conference “the major platforms have a responsibility related to the health and safety of all Americans to stop amplifying untrustworthy content, disinformation, and misinformation, especially related to COVID-19, vaccinations, and elections.” Psaki stated at another press conference on July 15, 2021, that she administration is in “regular touch” with social-media platforms and that the engagements happen between “members of our senior staff” and “members of our COVID-19 team.” […]

Psaki also called on social-media platforms for consistency in banning disfavored speakers, stating “You shouldn’t be banned from one platform and not others.”

The Court finds that Plaintiffs have proven that Jennifer Psaki has personal knowledge about the issue concerning censorship across social media as it related to COVID-19 and ancillary issues of COVID-19.

The discovery for other parties to the lawsuit include Biden officials who were key members of the White House’s digital strategy, such as —White House Senior COVID-19 Advisor Andrew Slavitt, who has been implicated in getting Alex Berenson removed from social media platforms.

The U.S. government is Constitutionally forbidden from coordinating with third parties to censor Americans under the First Amendment. There is now a plethora of evidence that is precisely what the White House did under the Biden administration.

It is imperative the court put these Biden officials under oath to be interrogated about censoring Americans and thereby violating their Constitutional oaths of office.