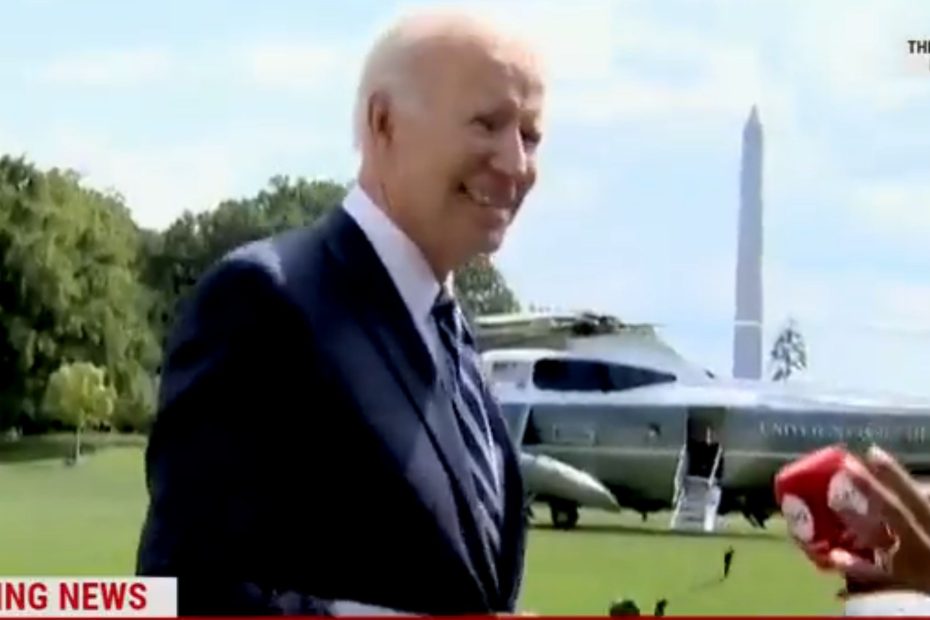 President Joe Biden at a campaign event in Maryland last week issued one of the most divisive statements ever made by a sitting U.S. president.

“We’re just 76 days away from the midterm election, 76 days,” Biden said on Thursday. “And to state the obvious — there’s a lot at stake.”

“Are you ready to fight for these things?” Biden went on, unironically. “Now we’re at a serious moment in our nation’s history. The MAGA Republicans don’t just threaten our personal rights and economic security. They’re a threat to our very democracy. They refuse to accept the will of the people.

“They embrace political violence,” he claimed. “They don’t believe in democracy. This is why in this moment, those of you who love this country, Democrats independents, mainstream Republicans, we must be stronger, more determined and more committed to saving America than the MAGA republicans who are destroying America.”

This Slanderer-in-Chief is purportedly the same president who promoted “unity” and “healing” on the campaign trail.

Biden on Friday was confronted on his extreme remarks and defended them.

Reporter: "What do you mean by semi-fascism, sir?"

Joe Biden with a smirking face: "You know what I mean." pic.twitter.com/EMQZ02W4ov

“What do you mean by semi-fascism, sir?” a reporter asked.

“You know what I mean,” Biden said with a wry grin.

“You look at the definition of fascism and you think about what they are doing in attacking our democracy, what they’re doing in taking away our freedoms, taking away, wanting to take away our rights, our voting rights. I mean, that is what that is,” Jean-Pierre said.

CNN host: What do you think about the president calling millions of Americans semi-fascist?”

Biden’s extreme comments accompany an outrageous remark by New York’s governor Kathy Hochul, who is supposed to be representing all New Yorkers.

WATCH: New York’s Governor tells the Republicans in her state to move to Florida “where they belong”

Can we exchange them with Florida leftists? pic.twitter.com/0DV3h1QmRM

“We’re here to say that the era of Trump and Zeldin and Molinaro – just jump on a bus and head down to Florida you belong. Get out of town,” Hochul said.

“You don’t represent our values,” she added.

The Make America Great Again movement quite simply are average Americans who support the U.S. Constitution, want freedom for all Americans, the rule of law to be applied equally, their service members to be safe from unnecessary foreign wars, and their children to get an actual education at school, not an indoctrination into hating their own country.

Fascism is what America has witnessed out of the Biden administration with its Big Pharma relationship during Covid and its green energy kickbacks under the Orwellian-named “Inflation Reduction Act.” As usual, the heinous name-calling the Democrats employ against their political adversaries is but a damning projection of themselves.