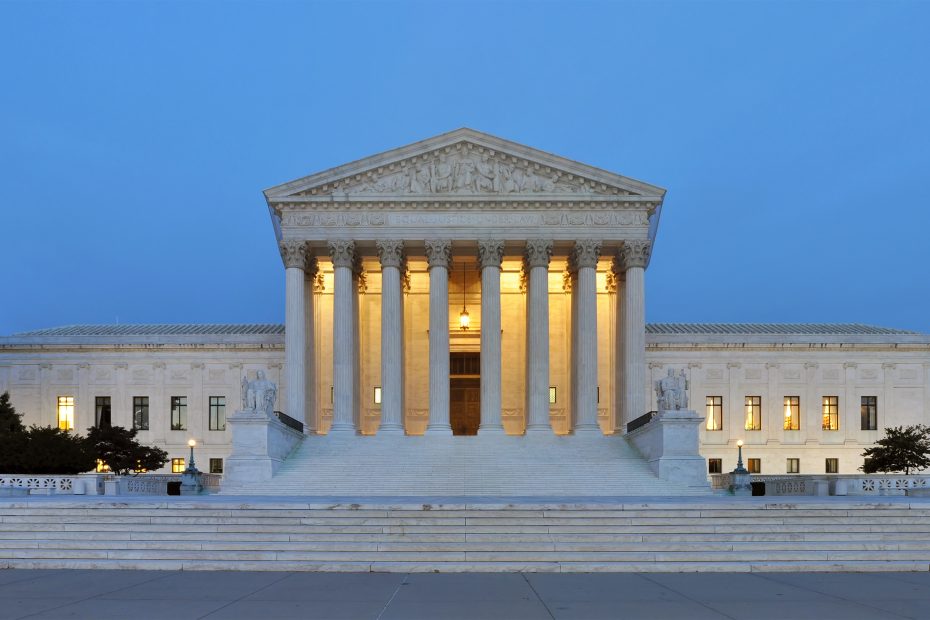 The U.S. Supreme Court has tentatively blocked a Georgia election integrity law on the grounds that it is purportedly ‘racially discriminatory.’ The SCOTUS justices’ order, however, left open the possibility that a lower court could restore it ahead of the November vote.

“The Supreme Court on Friday blocked Georgia from using an election method that a judge found to be racially discriminatory, but the justices’ order left open the possibility that a lower court could reinstate it ahead of the November vote,” the Hill reported.

“The justices’ unsigned order came in response to an emergency request filed earlier this week by a group of Black voters in Georgia,” the report added. “The request came as part of their challenge to the state’s ‘at-large’ method for selecting members to Georgia’s Public Service Commission, which oversees the price of electricity and other utilities.”

“Under this approach, candidates for the Public Service Commission must reside in one of the five districts they are running to represent, yet voters from across Georgia may cast ballots for all five seats, a method that can make it more difficult for racial minorities to elect candidates of their choosing,” the report continued

“Earlier this month, U.S. District Judge Steven Grimberg ruled that Georgia’s failure to use districts for electing commissioners illegally dilutes the vote of Black citizens in violation of the Voting Rights Act,” the Hill noted.

“The conservative 11th Circuit gets another crack at this under the traditional stay factors, and they could side with Georgia officials on this second bite at the apple,” Rick Hasen, a law professor at UCLA, wrote for the Election Law Blog.

In the court filing for Rose, McCorkle & Mosley v. Raffensperger, the Supreme Court laid out the essential background.

“According to the district court’s decision in this case, Section 2 of the Voting Rights Act prohibits Georgia from ever conducting statewide elections for the officials who regulate utilities for the entire state,” the court filing states. “That determination was wrong, but the key point for this Court is that the district court’s chosen remedy—cancelling a statewide election—is irreversible. If this Court were to lift the Eleventh Circuit’s stay, Respondent and the public would necessarily be irreparably harmed, but Applicants will not be irreparably harmed by leaving the stay in place. With or without the stay, Applicants will be in essentially identical positions: if they ultimately prevail on appeal, the district court’s order will operate to fill the relevant seats under some new electoral scheme. The sole difference in Applicants’ position would be whether the members replaced will be newly elected or holdover occupants whose six-year term had long passed its originally scheduled end. But lifting the stay now would ensure that no one is able to vote for Public Service Commissioner in November 2022.”

“The district court held that the members of Georgia’s Public Service Commission must be elected via single-member districts rather than statewide, as they have been for more than 100 years,” the court stated.