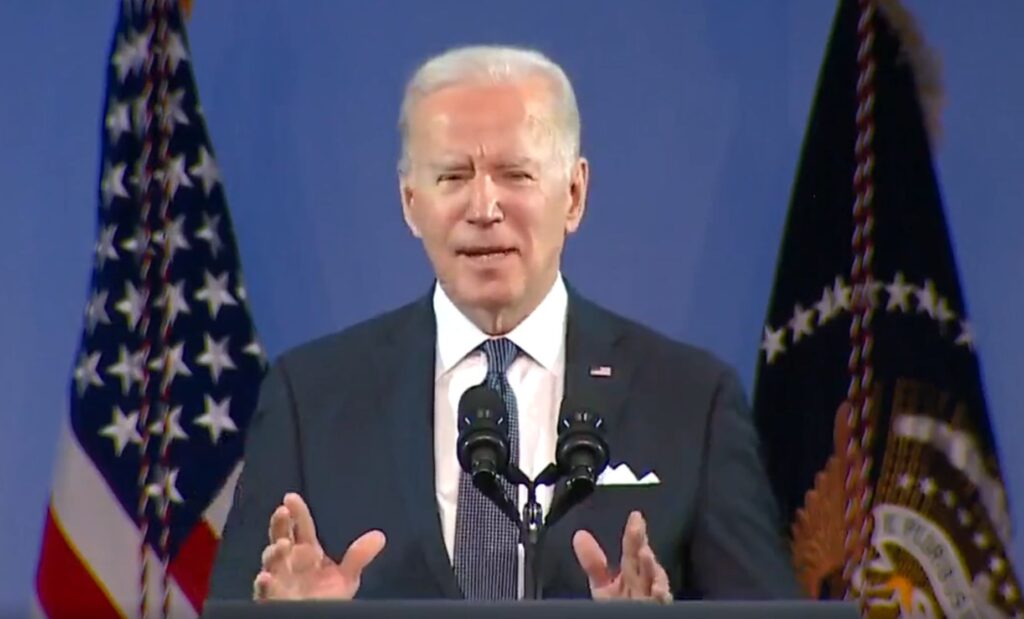 Joe Biden has deteriorated to the point where he is barely able to complete sentences.

At a time when American needs strong, principled leadership, Biden is garbling his speech through telemprompter readings and forgetting when he last served in the White House. Watch:

“Look, we can cap the costs of insulin at thirty five dollars a month,” he said. “Drug companies will still make money.”

“Let me digress just for a moment,” he continued. “I started the cancer moonshot, which I worked very hard on, the administration — the administration I served in last and I held conference all over the country, with literally thousands of people.”

That would be the Obama administration, Joe. When you were vice president.

On todays episode of – What in the absolute f**k did Joe just say?

Joe tells an audience how he put a dead dog on a lady’s doorstep…🤦🏻‍♂️ pic.twitter.com/b5Ub2ztKon

Biden also forgot when the Child Care Tax Credit was instituted, claiming it was around when he was a kid.

“Think about it, think about it,” Biden said. “It was well intended originally when, when the child care tax credit — when the child tax credit existed early on, because you said well, we got to give a break for raising kids. But I remember it used to drive my dad nuts. Because we had four kids, it was a lot less, it was less than thousand bucks then. But, you know if you’re making what was 12,000 bucks a year, that was like making $40,000 now or $50,000, if you’re making that kind of money you didn’t have any taxes to be deducted from so there wasn’t any benefit for your kids.”

He’s getting worse, folks. And his approval ratings are going down with him.

“Joe Biden continues to show dismal favorability across the country with only four states giving him a higher approval than disapproval score and key swing states’ approval averaging in the low 30s,” the Daily Mail recently reported.

“The president’s approval rating nationally sits around 40 percent, according to several tracking averages, but a new CIVIQS poll showed it sitting at 34 percent from the 165,786 respondents surveyed,” the Mail added.

“His disapproval is at 57 percent and 9 percent neither approve nor disapprove in the dire poll results revealed on the day new data showed wholesale inflation surged by 9.7 percent last month,” the Mail continued. “The latest numbers spell impending disaster for the upcoming midterm elections as Democrats try to hold onto or expand their razor thin 222-212 margin in the House and 50-50 split in the Senate.”

Good luck with that, Democrats.