All the children locked up at home, instead of at school or playing with their friends. All the small businesses shuttered and American dreams destroyed. All the economic opportunity wasted and plans put on hold. All a political game?

Four Democratic governors are doing nothing to allay those growing suspicions with what appears to be the political timing of recent easing of their respective states’ unlawful coronavirus lockdown restrictions.

Michigan Governor Gretchen Whitmer has been one of the most ferocious and vindictive advocates of the lockdowns. 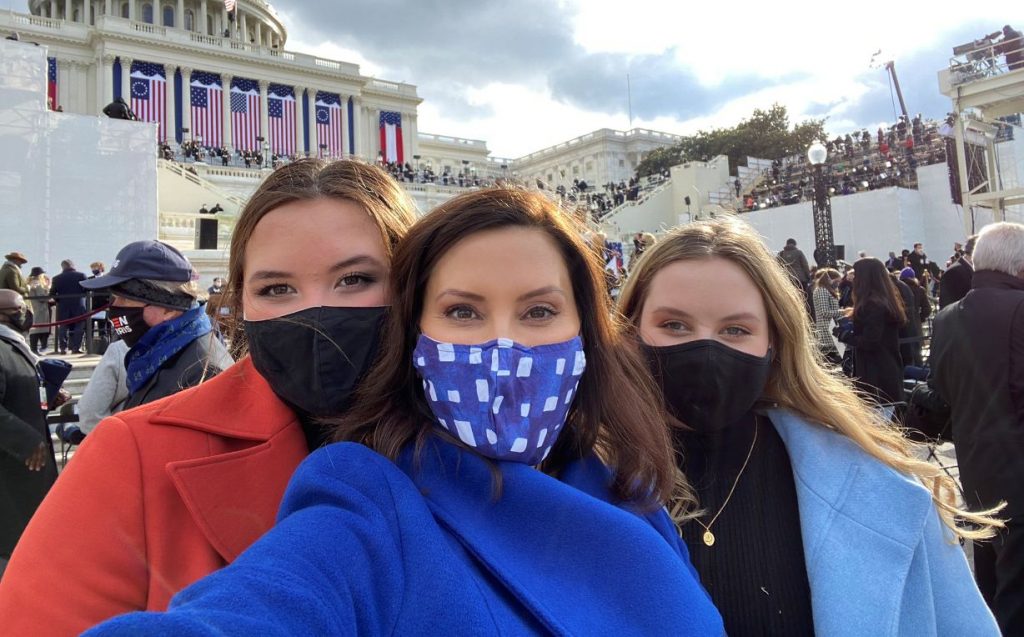 The easing of indoor dining regulations in Michigan begins on February 1st, as reported by Fox:

After months of closures, indoor dining will resume in Michigan restaurants and bars, beginning Feb. 1.

The Michigan health department’s next epidemic order allows the sale and consumption of concessions at restaurants, casinos, movie theaters, and stadiums. It also maintains non-residential gatherings of up to 10 people from two households.

Michigan Restaurant & Lodging Association President Justin Winslow said in a statement that Whitmer’s order was “overdue news,” and that the industry lost “nearly 3,000 restaurants” and had “200,000 fewer workers.”

In California, Governor Gavin Newsom is receiving criticism for his disjointed vaccine rollout and is under heavy fire for hiding COVID-19 data from the public. The Associated Press reported on Friday:

California Gov. Gavin Newsom has from the start said his coronavirus policy decisions would be driven by data shared with the public to provide maximum transparency.

But with the state starting to emerge from its worst surge, his administration won’t disclose key information that will help determine when his latest stay-at-home order is lifted.

State health officials said they rely on a very complex set of measurements that would confuse and potentially mislead the public if they were made public.

The AP is clearly pressing Newsom to begin the process of lifting the lockdowns, unsurprisingly timed with the beginning of the Biden administration. Even the San Francisco Gate has been pressuring Newsom since the election.

The governor is under a growing recall threat amid demonstrable personal hypocrisy and allegations of scandal due to at least 8 companies tied to Newsom having received millions from the Paycheck Protection Program (PPP).

Then there’s New York. The entire state is a complete mess due to Governor Cuomo’s lack of leadership. His order to send COVID-infected nursing home residents back to their facilities is directly associated with over 6,000 deaths, accompanied by the burying of public health data, an actual cover-up that the lapdop press refuses to demand answers for. There are other issues that do not need to be dwelt upon here, but suffice to say, NY has been one of the worst-run states in America when it comes to handling the pandemic.

This has not stopped Cuomo from publishing a book touting his leadership, called “American Crisis: Leadership Lessons from the COVID-19 Pandemic.” The governor could not even handle the vaccine roll-out that was handed to him on a silver platter by the Trump administration, seemingly for no other reason than the governor is a giant egomaniac. Cuomo blamed the Trump administration for not giving it more vaccines, but as of this week it had only “used up just over one million of the 1.8 million doses the state has been allocated,” according to the Daily Mail.

There were reports that vaccines were being thrown in the trash, leading to the governor loosening rules for distribution. While Cuomo now wants to ‘jump the line’ to buy vaccines straight from Pfizer, the company has responded by effectively saying ‘not without HHS approval.’

The biggest exposure that the mask is coming off of Cuomo is his sudden pivot to reopen the economy. As Fox Business reported earlier in January:

The Democratic governor suggested it was unreasonable to expect the state’s economy to stay closed until the vaccine “hits critical mass.”

“The cost is too high. We will have nothing left to open,” Cuomo wrote on Twitter. “We must reopen the economy, but we must do it smartly and safely.”

New York is nonetheless suddenly reopening and back in business. Restaurants just won a lawsuit against Cuomo and can now re-open. Then there is this recent announcement: New York and Illinois just approved youth Sports.

Speaking of Illinois, Chicago’s mayor Lori Lightfoot (another unmasked hypocrite) is pressuring the state to re-open.

And Illinois relented. Governor Pritzker is now moving to open up the entire state. As a local Chicago site reported:

All regions of the state, including Region 11, which covers Chicago, had been under Tier 3, which has the toughest restrictions, since Nov. 20. Gov. JB Pritzker allowed regions to start moving down the tier system Friday, allowing rules to be lifted and more places to reopen.

Washington D.C., after weeks of drama over the Biden Inauguration, is also re-opening indoor dining. That decision also appears convincingly to have been a political one made by Mayor Bowser, despite reports to the contrary. Unsurprisingly, Bower is also a lockdown hypocrite. Now comes the announcement:

D.C.’s ban on indoor dining expired at 5 a.m. Friday, which allowing restaurants to welcome diners inside for the first time since before Christmas.

The Biden Inauguration is over. Let the coronavirus “miracles” begin.