Dr. Fauci Melts Down at Congressional Hearing: ‘I’m Wondering Why You’re Asking Me About Lockdowns’

Dr. Anthony Fauci was among the public health officials called before Congress to testify on the Fiscal Year 2003 budget request for the National Institutes of Health (NIH).

When Fauci started getting heat for his disastrous track record, he fired back at his critics. Watch:

Rep. Cline, after pointing out that Dr. Francis Collins, the former NIH director, had called the GBD signatories “fringe” scientists,  pointed out that this criticism was proven to be “baseless.”

“So, I’ll ask you on what basis did you and Dr. Collins identify these doctors, the authors of the Great Barrington Declaration as fringe scientists out of the mainstream of epidemiological science?” Cline asked.

“I never characterized them as fringe scientists,” Fauci objected. “If you look at the record, that’s incorrect.”

“Well, the issue with the Barrington declaration is that what they were stating is that if you let the virus run free in society and only so-called protect the vulnerable,” he remarked. “And the question is who are the vulnerable in society that you are going to protect? And most public health officials totally disagree with the Barrington declaration.”

“And in fact, if you did that, let it just run free and not try to protect the population in general, we almost certainly would’ve had many more infections, many more hospitalizations and many more deaths,” he said. “Okay. So with all due respect to the scientist who signed a declaration, I completely disagree with them.”

Over 60,000 medical practicioners and public health scientists are signatories to the Great Barrington Declaration, which was launched in October 2020. The essence of the declaration’s argument is as follows:

Those who are not vulnerable should immediately be allowed to resume life as normal. Simple hygiene measures, such as hand washing and staying home when sick should be practiced by everyone to reduce the herd immunity threshold. Schools and universities should be open for in-person teaching. Extracurricular activities, such as sports, should be resumed. Young low-risk adults should work normally, rather than from home. Restaurants and other businesses should open. Arts, music, sport and other cultural activities should resume. People who are more at risk may participate if they wish, while society as a whole enjoys the protection conferred upon the vulnerable by those who have built up herd immunity.

The Covid-19 pandemic showed tremendous variation for individuals’ vulnerability to the virus based on variables such as age, obesity, and comorbidities. There is currently close to one million deaths at least partly attributed to Covid-19. 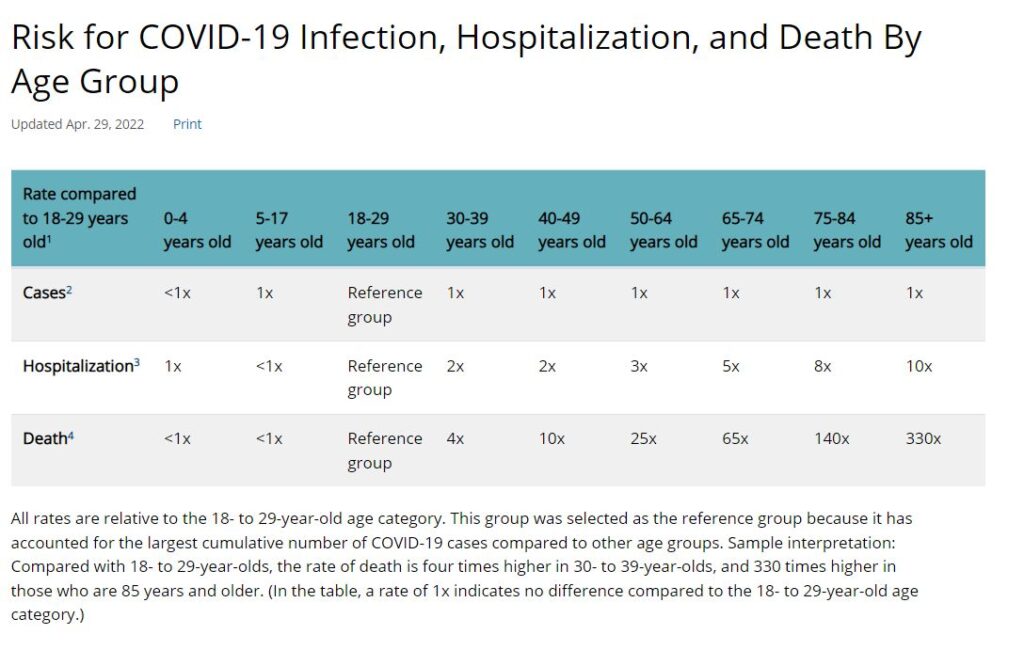 But the most fractious part of Fauci’s testimony came when he bridled at being called to account for the demonstrable failure of ‘lockdowns’ to stop the spread of Covid-19.

“Would you agree that during the times of the lockdowns, the data that we have seen following these lockdowns has shown that we have had increases in depression among young people and suicide?” Rep. Cline asked.

“Would you agree that suicide rates have increased among young people?” Cline asked.

“Indeed, they have,” Fauci said.

“Would you agree that domestic violence rates have increased?” Cline asked.

“Yeah,” Fauci said. “The answer is yes, but I’m wondering what that has to do with the question you’re asking me.”

“Would you agree that drug and alcohol use increased during these lockdowns?” Cline persisted.

“Well, I’m not sure the lockdowns itself did it,” Fauci objected. “And I’m wondering why you’re asking me about lockdowns because there were not complete lockdowns in this country.”

“There were restrictions, obviously, but there were not lockdowns,” Fauci added. “China is now going into a real lockdown. So I would disagree.”

“China has a number of problems, two of which are that their complete lockdown, which was their approach, the strictest lockdown that you’d never be able to implement in the United States,” Fauci said. “Although that prevents the spread of infection, I remember early on they were saying, and I think accurately, they were doing better than almost anybody else.”

“But lockdown has its consequences,” Fauci went on. “You use lockdowns to get people vaccinated so that when you open up, you won’t have a surge of infections.”

In May 2020, Fauci warned of “irreparable damage” from extended lockdowns.

“We can’t stay locked down for such a considerable period of time that you might do irreparable damage and have unintended consequences, including consequences for health,” Fauci said in a CNBC interview.

Fauci won the policy battle in Oct. 2020. He demonized the @gbdeclaration and got his lockdown. Now that is clear that his policy failed, his regret is that we didn't lockdown like China & Shanghai.

A failed leader's only honest recourse is to admit error. And step down. https://t.co/sJzflakTb0

“Fauci won the policy battle in Oct. 2020,” Dr. Jay Bhattacharya remarked. “He demonized the@gbdeclaration and got his lockdown. Now that is clear that his policy failed, his regret is that we didn’t lockdown like China & Shanghai.”

“A failed leader’s only honest recourse is to admit error,” he added. “And step down.”

Senator Marsh Blackburn also questioned the NIH’s corrupt system of awarding itself royalties based on carrying out their official duties.

The NIH covered up grants for gain of function research in Wuhan, and now they are refusing to release critical data regarding allegations of millions in royalty fees paid to in-house scientists like Fauci. The NIH is a dark money pit.

“The NIH covered up grants for gain of function research in Wuhan, and now they are refusing to release critical data regarding allegations of millions in royalty fees paid to in-house scientists like Fauci,” Blckburn noted. “The NIH is a dark money pit.”

The United States’ Covid policy responses that include quarantining, masks, and social distancing, as well as the ‘lockdowns,’ have failed to produce statistically significant results fighting Covid, but caused serious damage to the economy and violated Americans’ rights.

“Lockdowns in the U.S. and Europe had little or no impact in reducing deaths from COVID-19, according to a new analysis by researchers at Johns Hopkins University,” the Washington Times reported.  “The lockdowns during the early phase of the pandemic in 2020 reduced COVID-19 mortality by about 0.2%, said the broad review of multiple scientific studies.”

“We find no evidence that lockdowns, school closures, border closures, and limiting gatherings have had a noticeable effect on COVID-19 mortality,” the researchers wrote.

“Overall, we conclude that lockdowns are not an effective way of reducing mortality rates during a pandemic, at least not during the first wave of the COVID-19 pandemic,” the authors conclude. “Our results are in line with the World Health Organization Writing Group (2006), who state, “Reports from the 1918 influenza pandemic indicate that social-distancing measures did not stop or appear to dramatically reduce transmission.”

According to public health officials like Dr. Anthony Fauci, however, lockdowns are like communism: ‘True lockdowns have not yet been tried.’

Dr. Fauci Distances Himself from Destructive ‘Lockdowns’ Model He Appears to Have Imported from Communist China