The American people are getting visibly acclimated to a Kamala Harris presidency. A directive from the White House is one of the most concrete developments that federal officials are getting warmed up for the Harris takeover, as well.

Despite long-standing security protocols against the president and vice president traveling together, President Biden and Vice President Harris are virtually inseparable. They have even traveled on Air Force One together to a recent speaking event in Atlanta, although Biden himself was forbidden from traveling with President Obama on Air Force One under the Obama administration.

In addition, Harris has been taking over a key role in foreign policy making. She has met with numerous heads of state in one-on-one meetings, and is included in all of the president’s IC briefings.

Now, there is formal recognition of Harris’s role as a vital member of the Biden administration, breaking from the usual presumption that the vice presidency is a low-key and less visible office.

According to a report at the website Outspoken, a leaked email shows that “top White House communications team member” is directing that official correspondence at all federal agencies include mentioning Vice President Kamala D. Harris.

“Please be sure to reference the current administration as the ‘Biden-Harris Administration’ in official public communications,” the directive reads. 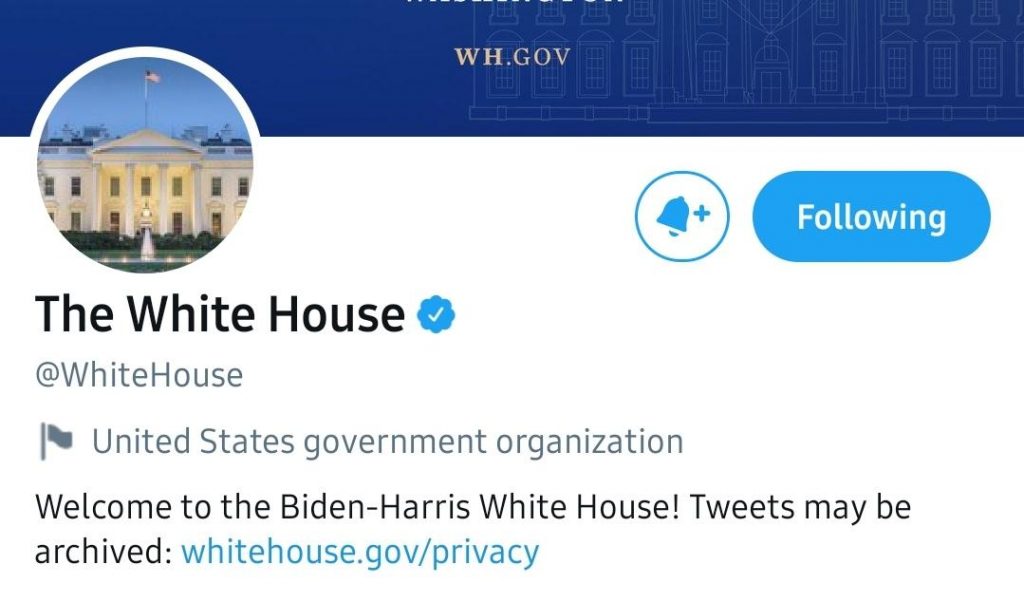 “The highly specific language also appears on the websites of all 15 executive departments,” the report noted. “Press releases and other communications from the Departments of Agriculture, Commerce, Defense, Education, Energy, Health and Human Services, Homeland Security, Housing and Urban Development, Interior, Labor, State, Transportation, Treasury, and Veterans Affairs, and the Attorney General all exclusively refer to the Biden-Harris Administration, in lieu of only naming the president, which has been customary until now.”

President Biden has not given a press briefing in over two months in office. He has not yet given a State of the Union Address — one of the latest first-time presidents to do so. He is tripping going up stairs and often refuses to take unscripted questions.

On Thursday, while delivering a statement on the coronavirus pandemic, Biden let it slip once again who he thinks is the President of the United States.

“Now, President Harris and I took a virtual tour of a vaccine center in Arizona, not long ago” Biden said. “One of the nurses on that, on that tour, injecting people, giving vaccinations, said that each shot is like administering a dose of hope.”

This is not the first time Biden has made such an error, although prior to taking office. On the campaign trail, he slipped and called the forthcoming administration the “Harris/Biden” administration.

We have also recently discovered the former President Obama and President Biden are in close working cooperation with one another. White House Press Secretary Jen Psaki admitted this at her press briefing on Monday.

“President Obama is taking part in an event for the affordable care act in about an hour… The question is… has he visited the White House, or do you know how often he has spoken to President Biden?” the reporter asked.

“I will say, having a unique view of this question, they were not just President and Vice President. they are friends,” Psaki said.

“They consult and talk about a range of issues and I would expect that continues through the course of President Biden’s presidency,” she added.

The leaked email reveals an unprecedented directive to warm federal agencies up to the idea of President Harris. It only further corroborates what the American people know: The “shadow presidency” has already begun.