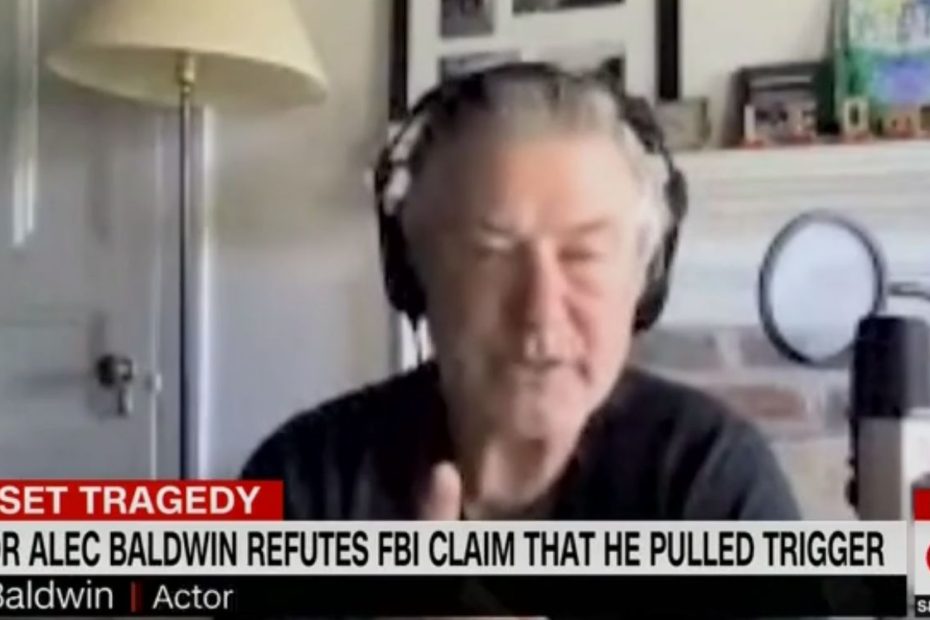 Alec Baldwin was using a ‘prop’ gun on the set of “Rust” in New Mexico in October, when he allegedly accidentally fired the weapon and killed the film’s cinematographer Halyna Hutchins and wounded its director Joel Souza.

Now, the Hollywood actor is denying that he ever pointed the gun at anyone and fired it, and he has now blaming Trump supporters for the entire incident. Watch:

“I never once said, never, that the gun went off in my hand automatically,” he said. “I always said I pulled the hammer back and I pulled it back as far as I could. I never took a gun and pointed it at somebody and clicked the thing.”

Now, Baldwin is even claiming that Trump supporters are behind the fatal shooting, in an accusation worthy of Jussie Smollett.  Baldwin referred to Trump’s comment that “He [Baldwin] probably shot her [Halyna Hutchins] on purpose.”

“Alec Baldwin says Donald Trump incited his January 6th mob to murder him … by falsely claiming the actor intentionally fired the shot that killed the cinematographer on the ‘Rust’ set,” TMZ reported.

“Baldwin told CNN Trump’s comment — that ‘He [Baldwin] probably shot her [Halyna Hutchins] on purpose’ was itself a trigger for his mob to put a target on his head,” the report added.

“Here was Trump who instructed people to commit acts of violence and he was pointing the finger at me and saying I was responsible for the death,” he added.

He also said the stress from the incident has “taken years off my life,” and added, “If I didn’t have my wife, I don’t know where I would be right now … If I didn’t have her, I probably would have quit, retired, gone off, you know sold everything I owned, got a house in the middle of nowhere and just you know did find something else to do, sell real estate.”

No one has been charged for the fatal shooting of Halyna Hutchins on the set of ‘Rust’ and investigators are seeking out whoever put the live round in the chamber.

According to a L.A. Times report, Baldwin was ‘preparing for a shootout scene inside a church’ when he attempted a cross draw with anFD Pietta .45-caliber Colt revolver, the newspaper reported.

“So, I guess I’m gonna take this out, pull it and go, ‘Bang!’” he said before firing the prop gun, which was supposed to be loaded with dummy rounds. Instead, it had a live round, which ended Hutchins’ life.

Assistant Director Dave Halls, who was partly responsible for checking the gun, argued that Baldwin has blamed everyone but himself for the incident.

“Baldwin is pointing the finger at others because the evidence is pointing at him,” Halls’ attorney said.

While Alec Baldwin maintains that he couldn’t have fired the shot that killed Hutchins, the FBI has determined that it is impossible for the incident to have happened without Baldwin pulling the trigger.