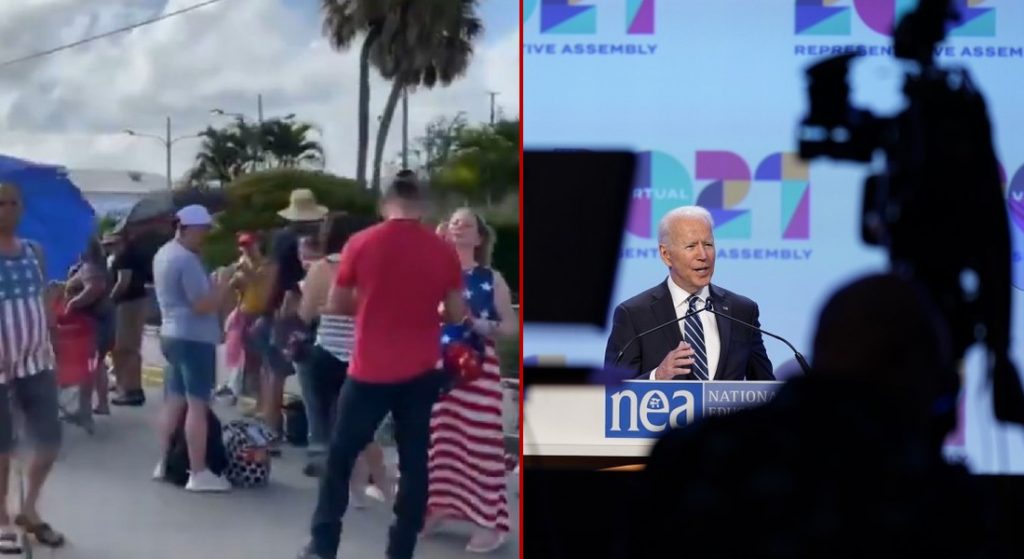 Donald Trump may be ‘canceled’ by the Democratic Party and big tech platforms, but the American people are showing once again that he is still a beloved president.

Ahead of the 45th president’s rally in Sarasota, Florida scheduled for 8 p.m. tonight, slated to be live-streamed by Right Side Broadcasting Network on Rumble, there are not only massive lines, but people have even camped out overnight.

“Video showed parked vehicles and tents at the Sarasota Fairgrounds with flags boasting messages supporting the 45th president. Dozens of people were present when WFLA 8 On Your Side, a local NBC affiliate, reported Friday on the gathering.”

Dan Scavino posted a line from the Sarasota Fairgrounds on Saturday morning.

Meanwhile, Liz Willis of RSBN provided video footage of the long lines of people waiting to see the president.

10+ hours till President Trump’s speech. Scattered thunderstorms throughout the day with a high of 88. Yet the line of attendees in Sarasota continues to grow exponentially. UNBELIEVABLE!@RSBNetwork pic.twitter.com/LmnBquH7IM

“10+ hours till President Trump’s speech. Scattered thunderstorms throughout the day with a high of 88,” Willis wrote. “Yet the line of attendees in Sarasota continues to grow exponentially. UNBELIEVABLE!”

“Look forward to the big Sarasota, Florida rally tomorrow night at 8PM!” Trump said in a tweemail on Friday. It appears that for thousands of Americans outside the arena, plus millions expected to watch on Saturday night, the feeling is mutual.

Meanwhile, the same cannot be said of the Bidens, who gave a speech to the National Education Association on Friday afternoon.

The Washington Times reported that the auditorium where both President Biden and Jill Biden were “mostly empty.”

“Only about 50 members of leadership and staff of the National Education Association were in the cavernous hall at the Washington Convention Center when Mr. Biden and first lady Jill Biden, an educator with close ties to the NEA, took the stage,” the Times report added.

“Hello, everyone,” Mr. Biden said to laughter. “They tell me there are a few people out there watching [online].”

Indeed, the White House’s website shows that about 5,920 people watched the event. The dislikes-t0-likes ratio was about 3:1, as is about the norm for Biden’s videos. 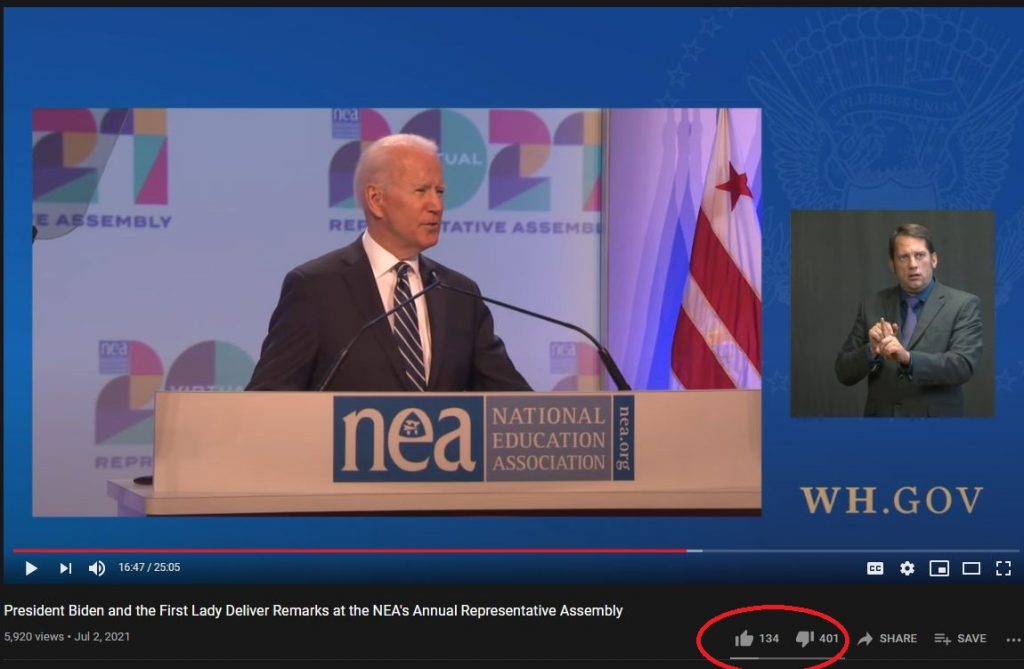 We are told that Biden garnered 81 million votes in the 2020 election, the most of any presidential candidate in American history.