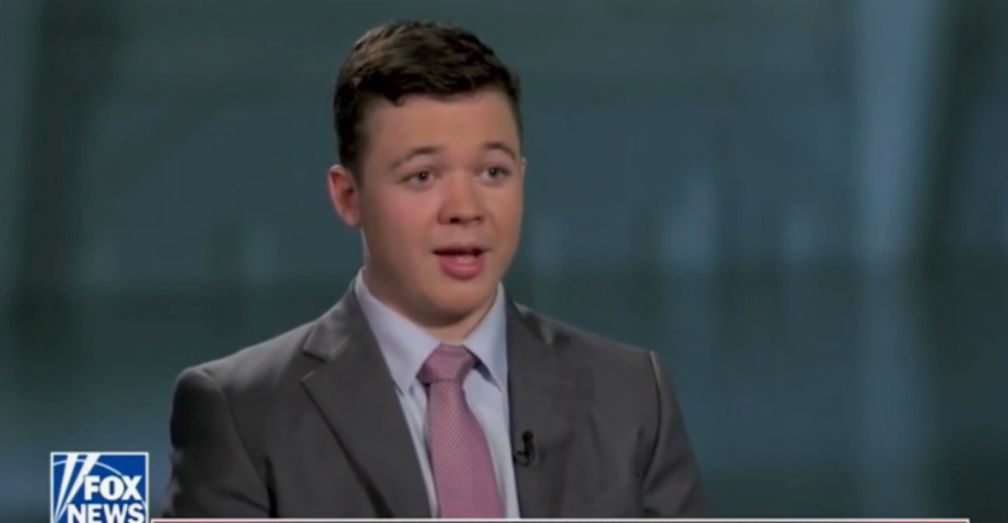 The 18-year-old shared his thoughts on the national ordeal that the media had put him through after the fateful night when he shot and killed two violent rioters in Kenosha and wounded another.

Rittenhouse had plenty to say about such matters and more: The 9 most fascinating things that he had to say to America — including his response to President Biden’s attacks on his character — can be watched in this highlight video below.

The most surprising thing about Rittenhouse’s interview was the happy-go-lucky sincerity that the young man showed on numerous topics of grave seriousness.

On everything from being locked in jail for 87 days due in part to the implied grifting and malfeasance of lawyers Lin Wood and John Pierce to not having running water for weeks, Rittenhouse was mild-mannered as he matter-of-factly related his surreal experience of going from 17-year-old boy to a polarized ’cause’: A villain to the organized left and a hero to the populist right.

Kyle Rittenhouse, notably, talked about Joe Biden portraying him as a “white supremacist.” During the Tucker interview, Rittenhouse said the president, who was a private citizen at the time of the remarks, had acted with “actual malice.”

Todd McMurtry, who helped Sandmann reach a massive settlement with CNN and the Washington Post over a defamation lawsuit, told Fox News that Biden could be held accountable for his social media post.

There’s no other way to put it: the President of the United States refused to disavow white supremacists on the debate stage last night. pic.twitter.com/Q3VZTW1vUV

“There’s no other way to put it: the President of the United States refused to disavow white supremacists on the debate stage last night,” Biden’s tweet said.

“What you take from that tweet is that Kyle Rittenhouse was using his rifle and engaging in White supremacist misconduct so it’s actionable,” McMurtrysaid. “Not necessarily going to win, but it’s actionable.”

The framing of Biden’s remarks sets the stage for the potential of a sitting president at some time in the future being held accountable for his defamatory attacks on a U.S. citizen.

Nick Sandmann Has a Powerful Message for Kyle Rittenhouse: Sue the Fake News Media That Defamed You