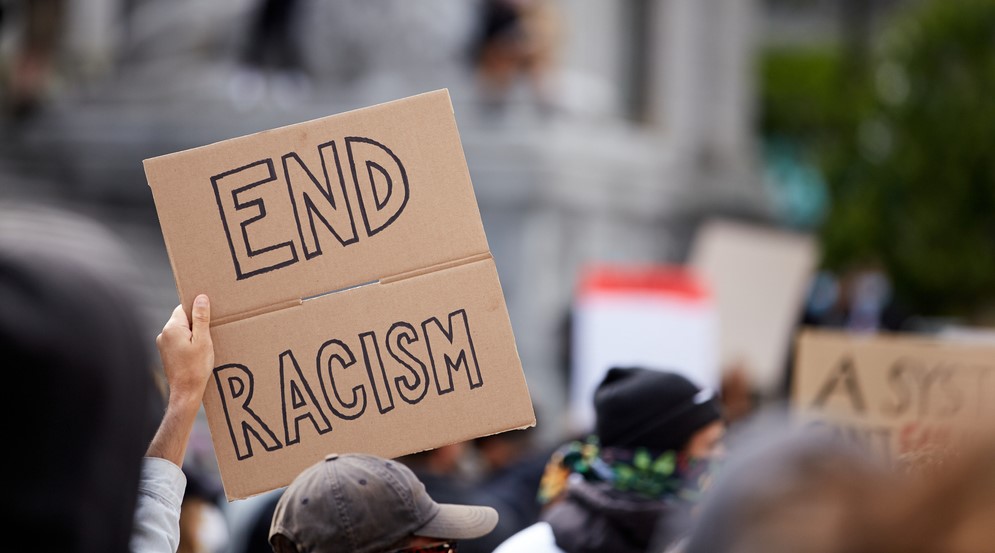 Public schools have become the next front in an escalating war the left is carrying out to seize the minds of America’s children. While creeping indoctrination has been a staple of the New Left program since the 1960s, the next wave of the radical agenda calls for further polarization of the nation along racial guidelines. It is a divisive agenda that has many parents alarmed and various state legislatures fighting back.

Critical Race Theory receives glossy treatment in the mainstream media, but it is far from an innocuous initiative to attain “social justice.” The Washington Post recently characterized it as an attempt to “address systemic racism and inject an anti-racist mind-set into campus life.” However, it can more aptly be described as attempting to  introduce race-based antagonism and implement true ‘systemic racism’ as part of a Marxist program to divide the country and socially re-engineer American society.

There may be some murkiness about what Critical Race Theory or CRT means. Ultimately, Critical Race Theory teaches that the underlying truth of America is that it is a fundamentally racist nation defined by the institution of slavery and must be completely overhauled in order for there to be racial justice. It teaches there are two sets of people in the nation: The Oppressors and the Oppressed.

Parents and states are now waking up to the threat of this divisive narrative being used to indoctrinate schoolchildren in the nation’s schools. And the movement to turn back the tide against the Marxist agenda is just beginning.

In the Dallas-Fort Worth area of Texas, the Carroll Independent School District has come under fire for opposing CRT’s inclusion on the curriculum. NBC News, in particular, garnered attention by impugning the parents’ motives opposing the left-wing curriculum.

Opponents of anti-racism education win big in a bitterly divided election in Southlake, Texas. Conservative candidates who opposed a school diversity plan won every local race, taking about 70% of the vote in the wealthy Dallas-Fort Worth suburb. https://t.co/m7rtlYh3X0

The NBC News’ framing of the issue provoked the ire of a number of observers, who are not solely from a “conservative” perspective.

Smart parents don't give a damn what the "woke" media thinks their kids should learn, they know the difference between racism and creating race based division. To win you gotta grown thick skins and flick away anyone accusing you of being a racist like the gnats they are.

The NBC News article is illustrative of the same racially charged slant that activists seek to implement in America’s schools. While smearing the parents who voted for Hannah Smith, a lawyer who clerked for Supreme Court Justices Thomas and Alito, to sit on the school board, NBC nonetheless took Smith’s statement on why she opposed Critical Race Theory being taught in schools.

“The voters have come together in record-breaking numbers to restore unity,” Smith said. “By a landslide vote, they don’t want racially divisive critical race theory taught to their children or forced on their teachers. Voters agreed with my positive vision of our community and its future.”

Indeed, it was an overwhelming rejection of the initiative: A 40-point landslide defeat. This is what NBC News calls “bitterly divided.” It’s a classic case of projection: The “bitter divide” that left-wing journalists really want to implement is the race-based agenda in our schools.

In April, a case of a math teacher being fired for exposing the left’s CRT indoctrination program.

“BlazeTV host Dave Rubin spoke with Paul Rossi, a math teacher at Grace Church School in New York City who ‘was relieved of his teaching duties’ after he blew the whistle on the private school’s critical race theory-based curriculum,” the Blaze reported. “Rossi made his case in an open letter titled, “I Refuse to Stand By While My Students Are Indoctrinated,” which was published by former New York Times opinion editor Bari Weiss.”

“Paul detailed the fallout from questioning the ‘antiracist’ education lessons that his school was forcing him to teach, why he decided to go public, and how Bari Weiss helped him,” the report continued. “He also described how George Davison, the head of the school, admitted he thinks the school’s curriculum is ‘demonizing’ white students ‘for being born’ and making white kids ‘feel less than, for nothing that they are personally responsible for.’ Davison denied these claims, saying Rossi ‘misquoted’ him, but an audio recording of the conversation tells a different story.”

Rubin played the recording in his interview with Paul. It is quite illuminating.

In Louisiana, parents and lawmakers who oppose radical indoctrination in the schools are getting pushback from activists and the press.

“Facing widespread opposition from education officials and others, a Republican Louisiana lawmaker Tuesday stalled his proposal to bar K-12 schools and colleges from teaching ‘divisive concepts’ such as critical race theory,” the AP reported.

“Efforts by the committee to kill the bill outright failed in a 7-7 vote,” the report added.

St. Bernard Parish Rep. Ray Garofalo, chairman of the House Education Committee, said it was part of an effort to take “politics out of the classroom” and make sure students receive “a learning environment free of discrimination.”

“I have no doubt there are certain factions in this country that are trying to infiltrate and indoctrinate our students,” he said.

Judging by the activists’ reaction to his attempt to depoliticize the classroom, one cannot blame him for coming to this conclusion.

In Arkansas, Republican governor Asa Hutchinson let a bill that stops government agencies from “training employees on divisive concepts of race and sex to become law without his signature,” the Epoch Times reported.

The legislation outlaws state agencies from teaching “divisive concepts,” such as saying the U.S. is “fundamentally racist or sexist,” the report continued, adding, it “does not apply to public schools, colleges and universities, law enforcement training or local governments.”

It is another example of the tepid approach that the Arkansas governor has taken on social issues. Earlier this year, an initiative to ban the historically inaccurate and pervasively biased 1619 Project from the NY Times from being taught in Arkansas schools failed before legislative panels.

Although the 1619 project has won a Pulitzer Prize for journalism, it contains egregious errors that distort American history — with toxic effects. Dr. Allen C. Guelzo, a Princeton professor and scholar of history, dissects a handful of these pervasive errors.

“Among the most egregious of those errors are the claims that the American Revolution was designed to protect slavery,” Guelzo writes. “That no shred of evidence for this assertion exists did nothing to discourage the energy with which it was promoted in Hannah-Jones’ lead essay.”

“Major American historians—notably, my Princeton colleague Sean Wilentz and Gordon Wood, the dean of historians of the Revolution—rejected out of hand the notion that the Founders’ Revolution was executed in defense of slaveholding,” he adds. “Almost as exotic is the 1619 Project’s claim that plantation slavery was a model for a capitalist economy.”

This is clearly Marxian revisionism. And it has no place in America’s school system. That hasn’t stopped the Biden administration from conducting a full press to ensure the nation’s schoolchildren are exposed to it.

“The Biden administration has also promoted the doctrine in its policies,” the Epoch Times reports about Critical Race Theory. “For example, the Department of Education has newly announced a proposed priority criteria for a $5.3 million American History and Civics Education grant that will prioritize education programs incorporating the ideas of the New York Times’ 1619 Project and critical race theorist Ibram X. Kendi into their teaching.”

It’s no wonder a number of states are attempting to ban it from the curricula. In Idaho, the governor just passed a bill into law banning Critical Race Theory from being taught in schools. The critics of such action are calling the ban a potential violation of free speech. However, American schools don’t teach Nazi propaganda, either. Would that also be a violation of free speech?

In New Hampshire, parents are rallying to oppose CRT. On April 24, more than 200 people rallied at the New Hampshire State House to “stop indoctrinating children with Critical Race Theory,” the Epoch Times reported.

“Representative Keith Ammon, who sponsored House Bill 544 to prohibit schools from teaching ‘divisive concepts,’ said that taxpayers’ money should not be used to promote Marxist ideology,” the report added.

Becker News reached out to Dr. Karlyn Borysenko, who has been active in New Hampshire leading the fight against CRT. Borysenko discussed Idaho’s banning of CRT, and expressed the view that New Hampshire should follow suit.

Dr. Borysenko also pointed to another activist who ties the CRT agenda to what she saw with the Cultural Revolution under Maoist China.

“One of the people leading the charge in New Hampshire is Lily Tang Williams, an immigrant from China who grew up during the cultural revolution,” Borysenko said. “She’s giving talks all over the place trying to get people to understand our current situation with CRT mirrors what happened in China.”

Lily Tang Williams’ discussion of CRT and its parallels with Maoist ideology was recently covered at the New Hampshire Union Leader.

“In today’s populist, racially-charged ‘social justice’ movement in America, I see the shadows of the Cultural Revolution in Critical Race Theory (CRT), and in the ideology that inspired this movement,” Williams said. “For those unfamiliar with CRT, it is the idea that American law, society, and institutions are inherently racist. Whites are born racist because of the cultural domination by White people in furthering their own economic and political power at the expense of ‘people of color.'”

The toxic nature of CRT is becoming further exposed now due to videos of teachers and professors indoctrinating students with the agenda.

In Virginia, a video of a teacher attempting to indoctrinate students with critical race theory received national exposure due to one student’s reaction to the lecture.

The teacher asked a student to look a photo of two women. The photo contains the question, “What is race?”

“Just two people,” the teacher says. “There’s nothing more to this picture?”

The student refuses to take the bait.

“At the end of the day, wouldn’t that just be feeding into the problem of looking at race instead of just acknowledging them as two normal people?” the student asks.

“You can’t look at the people and not acknowledge that there are racial differences,” the teacher insists.

Indeed, this is part of the problem. The teacher is seeking to perpetuate a system that reinforces racial differences instead of enlightening all people to look at each other as human beings who should be treated with dignity and equality. The reason the radical left seeks to push Critical Race Theory is because it wants to be the arbiter and controller of all social relations. Race is just a means to the leftists’ end of putting themselves in control of our lives.

One thing has to be made clear about opposition to CRT: It has absolutely nothing to do with opposing racial equality, institutional reforms, or acknowledgment of past and ongoing social injustice.

It has everything to do with pushing back against poisoning our children’s minds with racial guilt, as well as standing up for the history of a nation that has sacrificed greatly to progress in the area of civil rights.