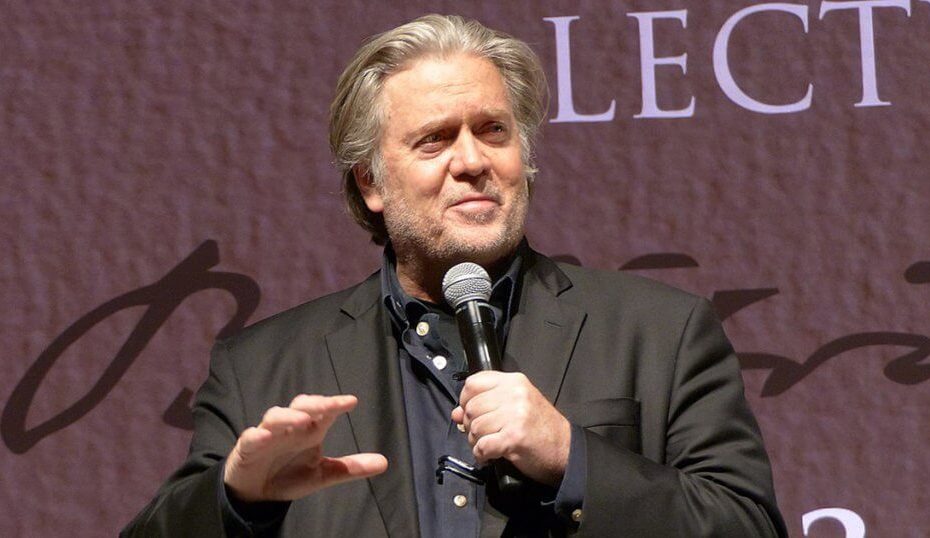 Former Trump adviser Steve Bannon was found guilty of two ‘contempt of Congress’ charges, as determined by a 12-member jury in a Washington D.C. federal court on Friday.

The criminal charges were filed after Bannon refused to comply with two Congressional subpoenas issued by the partisan January 6 committee.

“One subpoenas was for Bannon to provide a deposition and another to turn over documents related to the Jan. 6, 2021, Capitol riot,” Just the News reported.

As the report notes, the defense argued that Bannon had been denied his constitutional rights by not being allowed to call House Democrats on the committee to the witness stand, including Chairmen Bennie Thompson.

But Justice Department lawyers successfully argued that Bannon knew about the deadlines but refused to comply with the subpoenas.

“I stand with Trump and the Constitution, and I will never back down,” Bannon told reporters afterward, outside of the courthouse. “I only have one disappointment: The Jan. 6 committee members didn’t have the guts to come down here and testify.”

U.S. District Judge Carl Nichols has set a sentencing date of October 21. Each criminal count carries a minimum of 30 days of jail time, which may be extended to up to a year behind bars, the AP reported.

Steve Bannon and his attorney David Schoen signaled that they intended to appeal the verdicts.

The jury’s conviction of Bannon is yet another example of partisan politics infesting America’s “justice” system. If a partisan committee had intended to persecute its political enemies under the Trump administration, the mainstream media would relentlessly decry it as a grave injustice. And they would be right.

Since Bannon worked for Donald Trump, however, there will be no objections to him being denied his constitutional rights. The Democrats seem to be oblivious to the possibility that someday they may be the ones who are the victims of their own lawlessness. But if the judge sentences Bannon to the maximum because of his political beliefs, the Democrats will be playing with fire.