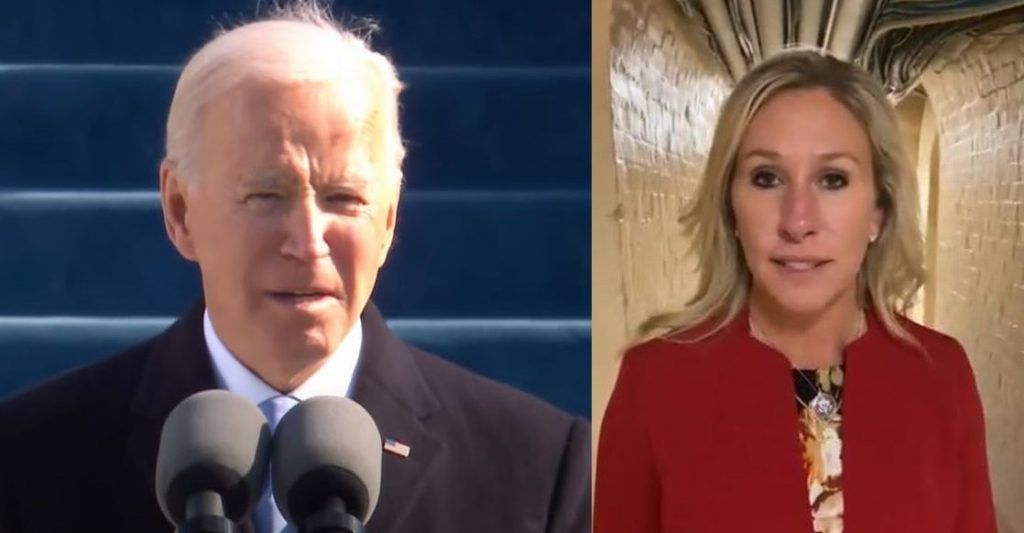 The Biden administration is only a day old and there have already been Articles of Impeachment filed against him.

I just filed Articles of Impeachment on President @JoeBiden. pic.twitter.com/mcwEEkKiHL

This is what the Congresswoman said about it:

I’ll be introducing Articles of Impeachment against President-elect @JoeBiden due to his abuses of power as Vice President.

Americans can’t have a President who has threatened foreign governments to remove government officials. #ImpeachBiden pic.twitter.com/6v7bJyYO4l

75 million Americans are fed up with inaction. It’s time to take a stand.

Americans will not tolerate this.

Greene has not been short of controversy due to her support for Q Anon, which got her suspended on Twitter. She has also fueled Pizzagate and Charlottesville conspiracy theories.

Regardless, Rep. Marjorie Taylor-Greene is signaling that there are at least some Republicans who want to engage in the Democrats’ tactics of ceaseless division and attacks on the presidency. Whether or not this is a winning strategy is open to conjecture, but it is indisputable that the Democrats have risen to power engaging in the same kinds of partisan tactics.

Senator Tim Scott has already expressed that “you will not see my signature on that” in response to the Congresswoman’s filing of Articles of Impeachment against President Biden.