The Biden administration has unleashed a flurry of executive orders in its initial weeks in office, circumventing the constitutionally authorized process for making laws in this country.

The White House has spilled so much ink in its attempt to rule the states of this country through executive fiat that one state is taking legislative action to fight back.

South Dakota has filed a bill that would initiate a process of review and the potential of “nullifying” them. Nullification has a long and controversial history going back to Thomas Jefferson and James Madison’s discussions about what states should do about unconstitutional bills like the Alien and Sedition Acts.

The South Dakota bill was introduced by State Rep. Aaron Aylward. It reads:

An Act to authorize the review of certain executive orders issued by the President of the United States.

BE IT ENACTED BY THE LEGISLATURE OF THE STATE OF SOUTH DAKOTA:

Section 1. That a NEW SECTION be added:
2-9-4.1. Review of presidential executive orders

Aylward discussed the intention of the bill in an interview with KELO-TV.

“This isn’t just a President Biden issue but rather an overall executive overreach issue that we’ve been experiencing for a long time,” Aylward said. “The U.S. Congress has abdicated their duty for a long time in different areas. This bill is simply setting up a process to nullify acts that would be unconstitutional. When looking at the U.S. Constitution, the President only has the powers that are laid out in Article II.”

“This pertains to our rights that are protected under the U.S. Constitution,” he continued. “If the President ordered a nationwide mask mandate, it would go against the power laid out in Article II, and it would also go against the protection of the rights that may lie underneath the 9th and 10th Amendments.”

If the legislation passed “it would give South Dakota much of its power back. Per the supremacy clause of the U.S. Constitution, the powers of the federal government need to line up with what is laid out in the document. ‘Which shall be made in pursuance thereof,” he concluded. 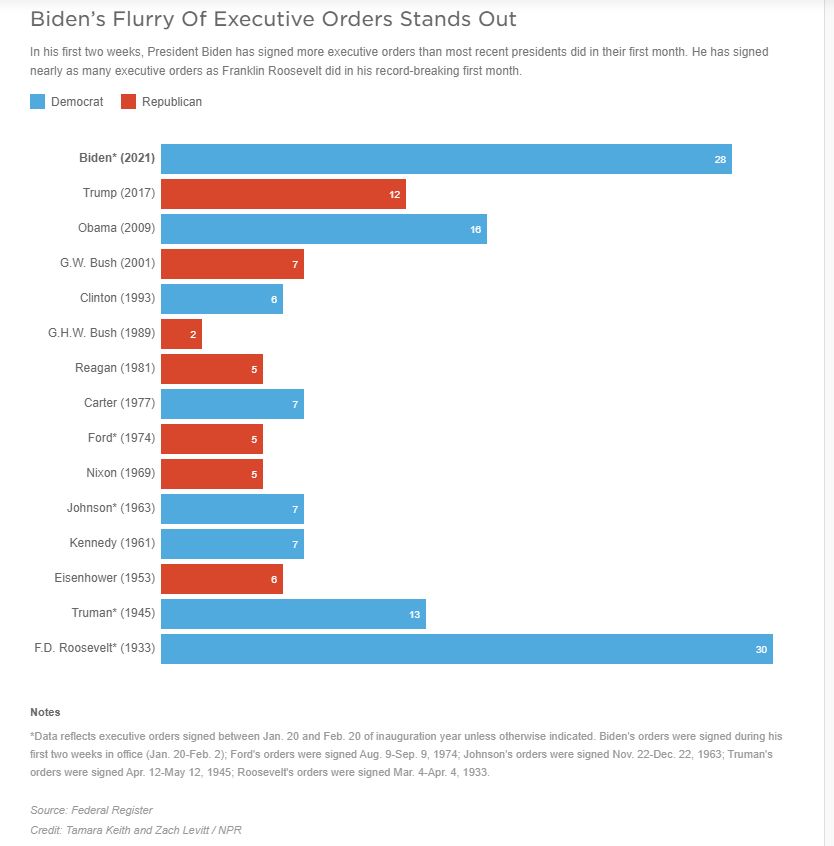 Paxton told Maria Bartiromo on “Sunday Morning Futures” that Biden was “out of control” and “overstepping his Constitutional role” in signing the executive orders meant to roll back the Trump administration’s immigration policies.

“You’ve got Democrats controlling both the House and Senate so he can make these changes,” Paxton said. “He doesn’t have to basically issue edicts from on high, ignoring federal law.”

In late January, Texas sued the Biden administration over its executive order not to enforce immigration laws. The attorney general’s team actually won.

Let’s hope from legislation like Texas’s, America will see more legal victories that can roll back executive orders that violate that U.S. Constitution. This is how we win.