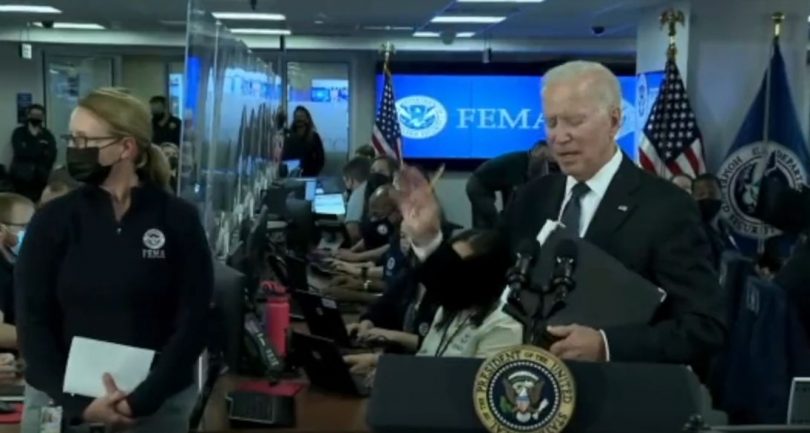 After a dark day in U.S. history that saw the president witness 13 service members returned home in coffins due to his inept policies, Biden turned his attention from his manmade disaster to a natural one.

While at FEMA headquarters, Biden said that Hurricane Ida, which made landfall around noon Sunday as a category 4, is a “life-threatening storm.” The president quoted Louisiana Gov. Edwards by saying “it is one of the strongest hurricanes and strongest in Louisiana history since 1850.”

After addressing FEMA on the hurricane,  the press attempted to get the Commander-in-Chief to discuss the dire situation for Americans in Afghanistan. His reaction is telling. Watch:

“I’m not supposed to take any questions, but go ahead,” Biden said.

“I’m not going to answer Afghanistan now,” Biden said while looking down.

As a reminder, this is the President of the United States we are talking about. If he can’t handle a question from the press, how is he going to handle the Taliban, which he has just armed to the teeth and had reportedly left flush with cash? How will Biden handle the developing threats from a resurgent ISIS?

The obvious answer: He can’t. The President should resign for his own good and the safety and security of the country.