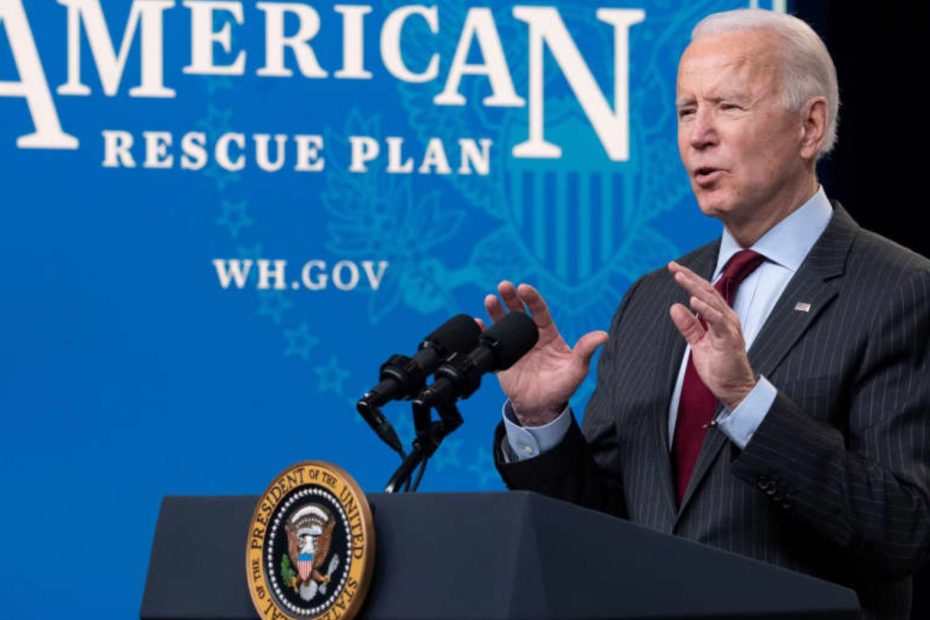 The American Rescue Plan Act (ARPA) was a $1.9 trillion bill that Democrats rammed through Congress on a party-line vote in early 2021. But with the Covid pandemic almost entirely contained, and spending-fueled inflation still uncurbed, many Americans are wondering nearly two years later if we need a ‘rescue plan’ for the American Rescue Plan.

ARPA was sold as an emergency measure to help the United States address the COVID-19 pandemic and its economic impact. But according to a recent Fox News report, “just 12% of the over $100 billion earmarked for elementary and secondary schools” has been spent so far, according to federal statistics. And at the end of March 2022, “only about $70 billion of the $350 billion allocated for state and local governments had been spent. Just over $100 billion of that money was contractually committed to be spent.”

While much of ARPA that has been spent undoubtedly went to the Covid response, there is much that has gone to non-Covid items, and much of the budgeted funds are still untapped.

The Fox News report cites a Treasury spokesperson that indicates that at least 67% of the money available to state and local governments was budgeted through March, when available funding was “just under $225 billion.”

“That means likely about half of the overall $350 billion had been budgeted for future use by late March,” the report added.

“Washington allocated $350 billion to state and local governments to close budget deficits that did not even exist,” Manhattan Institute senior fellow Brian Riedl told Fox News Digital. “These states are totally awash in more money than they know what to do with, so it’s no surprise they haven’t allocated yet – they’re going to be sitting on this money for years.”

“Of course, the standards are going to fall and they’re going to look for any excuse to spend the money, no matter how wasteful,” Riedl said.

The report cites a Brookings Institute tracker that provides an outstanding way for citizens to locate the funds allocated to one’s county — along with programs likely susceptible for misallocation and waste.

However, there are cities that stand out amid the crowd for dubious awards: San Diego, for example, has a $150,000,000 grant, as well as many smaller grants with ill-defined goals. It lists for a more than $9 million grant, “creating and distributing communications regarding Covid-19 activities within the County.” Many of the activities appear to be redundant with federal health agencies’ efforts.

Austin is another Democrat-run city with a number of questionable awards, such as more than $10 million for “public health education and awareness,” including the hiring of a “public relations consultant specializing in behavior change messaging.”

Harris County, Texas, which is home to part of the fourth-largest U.S. city of Houston, has a red-flag program for “direct payments or subsidies,” which includes $1,500 for low-income households labeled “flexible financial assistance.”

Despite Harris County failing to provide adequate public transparency and accountability for a $30 million Covid relief package in 2020, and questions about misdirection of Covid funding to left-wing activist groups like Houston in Action, the county was awarded an additional $30 million for small-business relief out of ARPA in August 2021.

ARPA seems rife for public corruption, misappropriation of funds, and the squandering of public resources. Even if the funds aren’t used ‘illegally,’ they are being used politically — a practice common in third-world countries known as “official corruption.” There are several entries in the ARPA tracking database that are clearly political in nature.

Minneapolis allocated $300,000 to “Promote healing and positive activation in the Black community to build and implement a larger vision of an equitable and resilient recovery from COVID-19 and racial trauma,” Fox News reported. “These pop-up style events will help address the need for healing and social cohesion.”

The city has also allotted more than $3 million for a “Green Cost Share Program… focused on energy efficiency and renewable energy in, BIOPOC communities, and low income housing.”

New York City Public Schools has earmarked $12,308,279 of its ARPA funds to expand their Woke “restorative justice” agenda “to all middle and high schools citywide.”

“That’s the kind of thing that we should be exactly 0% surprised by,” R Street Institute senior fellow Jonathan Bydlak told Fox News. “Any time you have that much money flowing out of Washington, frankly without any real strings or oversight… you’re going to get these cases.”

There are other dubious entries: Adams County, Colorado allocated $349,294 to “assist with social distancing” in congregate settings. Some are flatly dishonest. Covid relief funding for childhood mental health issues often blame the virus, when it is undeniably the response measures that most severely exacerbated the crisis.

Anchorage, Alaska, for example, has allotted $600,000 in funding for “school-based mental health services to continue to respond to children and youth mental health needs exacerbated by the Covid-19 pandemic.”

Much like the Inflation Reduction Act had little to do with fighting inflation, the American Rescue Plan appears to be more about rescuing the Democratic Party and its base from their disastrous policies. The Democratic Party first creates damage to the U.S. economy with policies like Covid lockdowns and then offers Americans the ‘poison pill’ solution of massive aid packages, which do even further damage to the economy with side effects like rampant inflation.

The economic system is in a vicious cycle and not one that the American people can continue to prop up much longer.