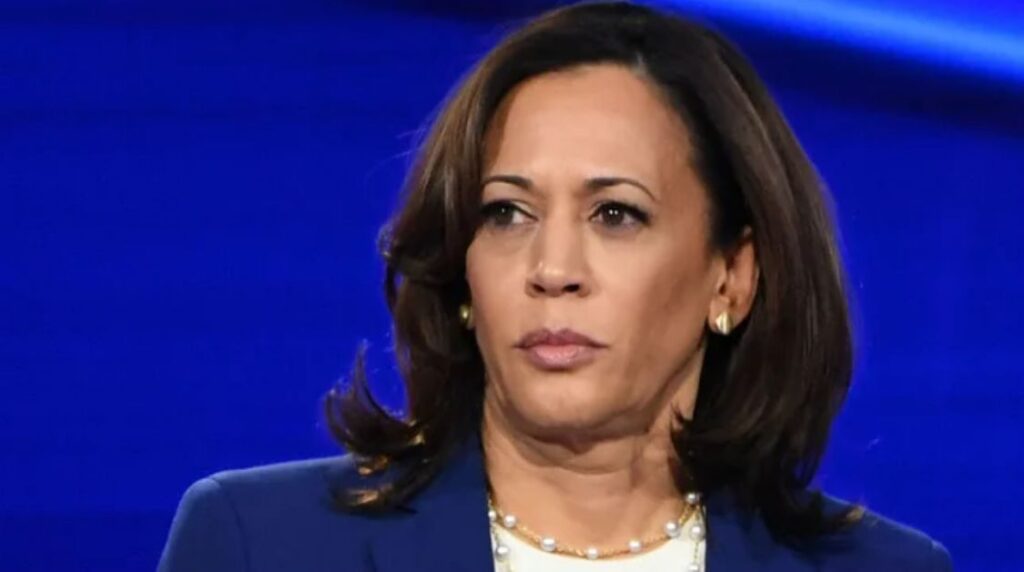 Another Kamala Harris aide is quitting her post. The Vice President’s senior advisor and chief spokesperson, Symone Sanders, is leaving by the end of the year, according to Axios.

“Why it matters: The VP has faced an onslaught of criticism in her first year centered on her leadership and staff, adding to the suggestion, she’s not the Democratic Party’s preferred nominee for 2024,” Axios reported.

“The backdrop: Sanders was seen as one of the central staffers for Harris as a candidate and is known to be personally trusted by Harris herself / the staffer most frequently (or visible) by her side,” the report added.

As reported at Becker News earlier, the White House has descended into open rebellion after a Kamala Harris hit piece on the Bidens was published by CNN. The bitter feud claimed another casualty: The Vice President’s Communications Director Ashley Etienne.

“Kamala Harris’s communications director Ashley Etienne is leaving the vice president’s office after reports staff are in-fighting and her boss is being sidelined,” the Daily Mail reported.

Etienne is leaving in December to “pursue other opportunities,” the White House told the publication.

“Ashley is valued member of the Vice President’s team, who has worked tirelessly to advance the goals of this administration,” the official added.

CNN claimed its hit piece came from “nearly three dozen former and current Harris aides, administration officials.” The Democratic operatives, donors and outside advisers “spoke exclusively to CNN.” The entire piece smacks of a torrent of leaks from inside the Harris inner circle.

But the bitter infighting between the Harris and Biden camps goes back even before the presidency. The CNN story, that again, appears to be leaked from the Harris camp, makes no secret about the VP’s presidential ambitions, and seems to even contain a thinly veiled threat.

Meanwhile, there has been serious talk going around Washington D.C. that Kamala Harris may soon find herself “pursuing other opportunities” so the Biden team can get her out of the White House.

Fox News’ Chad Pergram, who I know would not repeat idle gossip and would only report Capitol Hill developments with strong corroboration, recently told Jesse Watters there were “whispers” that “high profile confirmation hearings” may soon be coming to the House of Representatives.

Amidst the leak war between Harris’s team and Biden’s team, Chad Pergram pointed to the conjecture about the uncertain future of Kamala Harris, given such events at the botched introduction on the White House.

“Harris’ approval rating has plunged even further than Biden’s in recent months, with rumors swirling that the president is considering appointing her to the Supreme Court as a backdoor method of selecting a new VP,” the Daily Mail reported.

Members of Kamala Harris’s inner circle are not even waiting for the vice president to be pushed out of the White House. It looks like they are taking it upon themselves to get out while they still can.