“Hate crimes” against Republicans appear to be on the rise after a non-stop media campaign of smears, lies, and demonization.

One member of the left-wing press actually engaged in a hate crime against a Congressman for no other reason than being a Republican.

“I would swear to your demise as a politician and I believe that you personally are a degenerate,” the voicemail transcript read. “As a member of the New Jersey Press Association, I will do everything in my power to ensure that you are deposed if not dead. Anything I can do to basically get you out of office, I will do. You are a traitor Jeff Van Drew and you deserve the fate of all traitors.”

That, of course, means the death penalty.

New Jersey Rep. Jeff Van Drew on Sunday discussed the details of the thinly veiled death threat that was made against him for defecting from the Democratic Party and becoming a Republican. This is what is called being a “traitor” to the radical left members of the press, similarly to how Republicans that did what Democrats did in 2001, 2005, and 2017 and object to election results were widely called “traitors” by partisan Democrats.

“This tape is chilling,” Bartiromo remarked. “How did it make you feel when you first came home and pressed your machine and heard this?”

“Well, actually, it was my wife who pressed the machine, she was home, I was in Washington,” the congressman replied. “So, that’s what particularly concerned me. And of course, I bargained for this. I became a congressman. Unfortunately, it’s becoming more and more prevalent.”

“But there are two issues here that are so different and so vile that I said in this case, I wasn’t just going to do what I would normally do, and have done, is speak to the police and let them do what they would do,” Van Drew said. “Number one, not only did he threaten me, but he threatened my wife… literally to sexually harass her.”

“So, real quickly, and I’ll say it because I want people to understand this,” Van Drew continued. “This man is a freelance reporter and does work for the Ocean City Sentinel. And what we found out afterwards, what really bothered me, after we got that death tape, was that he was writing op-eds, editorial stories for this newspaper, and in them, they contained all this violence and filth.”

“So in those official op-eds, that went out in thousands and thousands of newspapers, he said that literally, ‘how would my wife feel if she was grabbed by her crotch, picked up, and slammed down, slammed down on the car. How would the tickle feel?'”

“He said that I was a traitor and traitors deserve to be executed,” Van Drew continued. “He said that my home should be stormed. ‘How would I feel if my home was stormed and my family and my family was violated.’ He actually said in print, and an editor and a publisher allowed that and thought it was okay.” 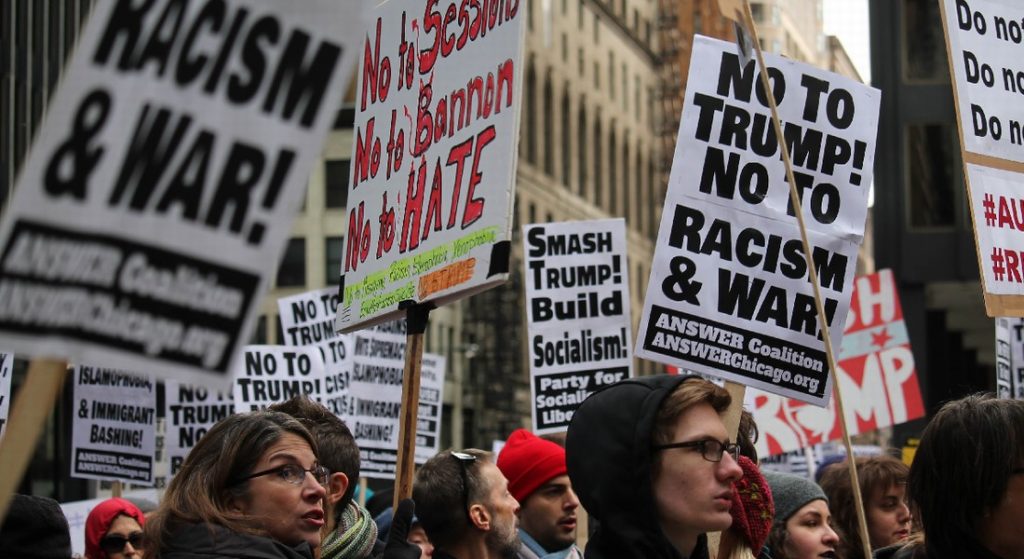 On Thursday, an Illinois man was charged by the Department of Justice for allegedly making death threats against former President Trump.

Grant has been charged with “three counts of influencing a federal official by threat, two counts of mailing threatening communications, and one count of threatening the President of the United States,” the Department of Justice said in a press release. “The indictment was returned Tuesday in U.S. District Court in Peoria.  Arraignment has not yet been scheduled.” 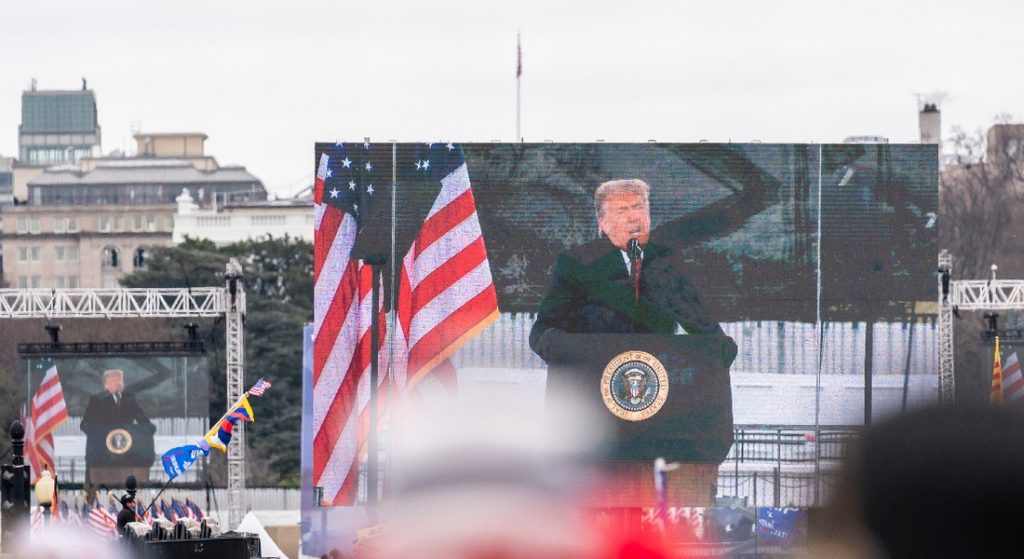 “And the moment you walk out of office, I’m going to have you shot! Right in your (expletive) head,” Grant reportedly wrote to Trump in a December 22nd letter.

The violent left-wing extremist group Antifa has also targeted conservatives and Trump supporters. In September, federal officers embarked on a manhunt for an Antifa supporter, Michael Forest Reinoehl, who had shot Aaron “Jay” Danielson, a member of the group Patriot Prayer, during a riot. Remarkably, Reinoehl had appeared in a segment on Vice where he had confessed to the killing (although he said the shooting was in self-defense, video evidence refuted the claim.)

Hundreds of thousands of leftists took to the streets of D.C. and destroyed property, including burning a limo that was vandalized with “anarchy” and “we the people” on it.

Donald Trump has received thousands of death threats on Twitter since the day he entered the White House, with little-to-no-action by the social media platform to curb the hatred, despite stated policies against such rhetoric. The Secret Service reported over 12,000 tweets calling for Trump’s assassination in just 2017 alone.

In 2020, Twitter finally stepped in after President Donald Trump was diagnosed with COVID-19. So many Twitter users were cheering on death against the president that the social media company had to state it was against the rules.

Trump was also the target of many ritualized executions around the globe, including burning in effigy with hundreds of extremists gathered around like a cult.

There has been a more recent surge of death threats against politicians since then, accompanying a trend of escalating hateful media rhetoric against Republicans.

“Arrests for violent threats against high-profile US politicians spiked in 2018,” QZ reported in March 2019. “There were 23 prosecutions for threats against Donald Trump or those in the presidential line of succession last year, a 130% increase over 2017, when there were 10, according to Syracuse University’s Transactional Records Access Clearinghouse (TRAC). The uptick came after five years of steady decline.”

It hasn’t just been various Twitter accounts calling for violence against Donald Trump and Republicans, but high-profile celebrities have openly advocated violence against the former president. “The Wrap” catalogued 15 different celebs who felt no compunction against publicly espousing violence against the president, ranging from Kathy Griffin to Rosie O’Donnell to Johnny Depp.

In a year when the media is obsessed with “hate crimes,” they might want to take a hard look at themselves. Their dishonest, partisan and hateful rhetoric has undoubtedly caused countless “hate crimes” against Americans in this country for no other reason than they have a different point-of-view.