As Biden Ranted About ‘Armageddon,’ the U.S. Government Was Stockpiling Drugs for a Nuclear Emergency 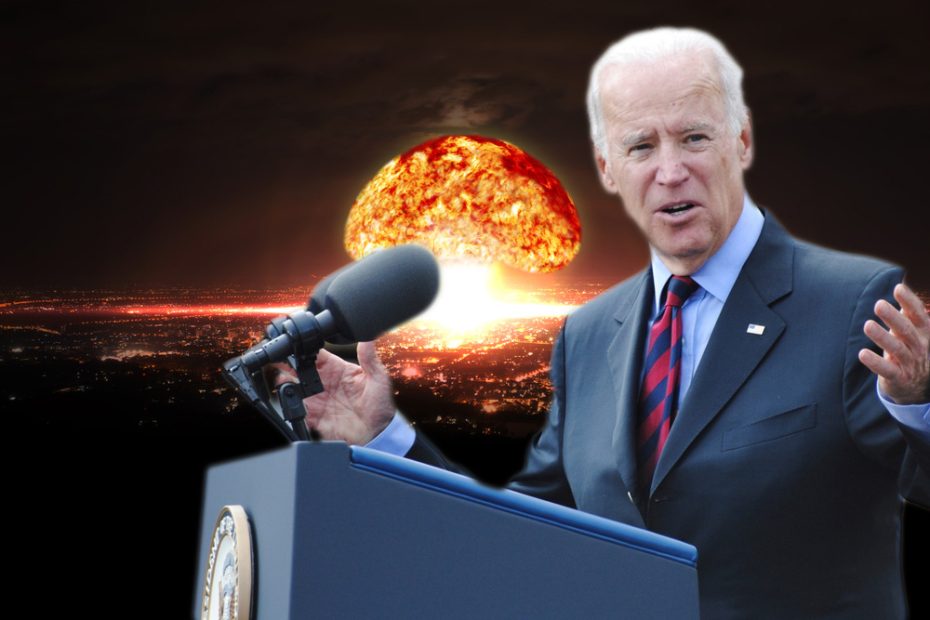 The U.S. government is preparing for Bidengeddon.

As President Biden rambled out-of-the-blue at a DNC fundraiser about a coming Nuclear ‘Armageddon,’ the federal government was stockpiling a drug used to treat radiation sickness during a nuclear fallout.

The Department of Health & Human Services’ Administration for Strategic Preparedness & Response on Tuesday announced that it had purchased $290 million worth of the drug Nplate to “reduce radiation-induced bleeding” that occurs with “acute radiation syndrome.”

“As part of long-standing, ongoing efforts to be better prepared to save lives following radiological and nuclear emergencies, the U.S. Department of Health and Human Services is purchasing a supply of the drug Nplate from Amgen USA Inc; Nplate is approved to treat blood cell injuries that accompany acute radiation syndrome in adult and pediatric patients (ARS),” HHS announced.

“ARS, also known as radiation sickness, occurs when a person’s entire body is exposed to a high dose of penetrating radiation, reaching internal organs in a matter of seconds,” the agency added. “Symptoms of ARS injuries include impaired blood clotting as a result of low platelet counts, which can lead to uncontrolled and life-threatening bleeding.”

“To reduce radiation-induced bleeding, Nplate stimulates the body’s production of platelets,” HHS added. “The drug can be used to treat adults and children.”

Biden had alarmed millions of Americans on Thursday when he claimed that the world was drawing closer to nuclear ‘Armageddon.’

On Friday, Karine Jean-Pierre was confronted with the president’s remarks and denied that there was any new intelligence to suggest a nuclear exchange was imminent.

Biden’s ‘Armageddon’ remarks accompanied those made by Ukrainian President Volodymyr Zelenskyy on Thursday calling for a ‘preemptive strike’ to purportedly stop Russia from launching a nuclear attack.

In his Friday speech in Hagerstown, Biden did not mention the possibility of a nuclear apocalypse. Then he went on a ‘vacation’ to his home in Delaware.

Contrast Biden’s apparent lack of concern about pushing the world closer to nuclear war with that of former President Donald Trump:

Imagine having a President now who talks about nuclear war like this 👇pic.twitter.com/V4rw18PJsI

“If Russia and the United States actually got together and got along, and don’t forget, we’re a very powerful nuclear country,” he added. “And so are they. There’s no upside. We’re a very powerful nuclear country. And so are they. I have been briefed, and I can tell you, one thing about a briefing that we’re allowed to say… nuclear holocaust will be like no other.”

Donald Trump believed in a policy of “peace through strength.” It was a successful one. And for the record, Secretary of State Rex Tillerson actually called him a “moron” for wanting to increase the U.S. nuclear stockpile. (Who’s the “moron,” now?)

Biden’s foreign policy is an extension of the globalist agenda to integrate all nations into a “core” that is managed by elites. This globalist agenda is pursued at all costs — even if it risks nuclear war. This agenda comes into deep contrast with the “America First” policy of Donald Trump.

Sadly, the same cannot be said of ‘President Biden’ or the people behind-the-scenes who are running his administration.